Toptal sourced essential questions that the best AngularJS developers and engineers can answer. Driven from our community, we encourage experts to submit questions and offer feedback.

List at least three ways to communicate between modules of your application using core AngularJS functionality.

Common ways to communicate between modules of your application using core AngularJS functionality include:

Which means of communication between modules of your application are easily testable?

Using a service is definitely easy to test. Services are injected, and in a test either a real service can be used or it can be mocked.

Events can be tested. In unit testing controllers, they usually are instantiated. For testing events on $rootScope, it must be injected into the test.

Testing $rootScope against the existence of some arbitrary models is testable, but sharing data through $rootScope is not considered a good practice.

For testing direct communication between controllers, the expected results should probably be mocked. Otherwise, controllers would need to be manually instantiated to have the right context.

The most popular e2e testing tool for AngularJS is Protractor. There are also others which rely on similar mechanisms. Describe how e2e testing of AngularJS applications work.

The e2e tests are executed against a running app, that is a fully initialized system. They most often spawn a browser instance and involve the actual input of commands through the user interface. The written code is evaluated by an automation program, such as a Selenium server (webdriver). That program sends commands to a browser instance, then evaluates the visible results and reports back to the user.

The assertions are handled by another library, for Protractor the default is Jasmine. Before Protractor, there was a module called Angular Scenarios, which usually was executed through Karma, and is now deprecated. Should you want to e2e test hybrid apps, you could use another Selenium server, called Appium.

Testing can be handled manually, or it can be delegated to continuous integration servers, either custom or ones provided by Travis, SauceLabs, and Codeship.

This is a simple test written for Protractor, a slightly modified example from Protractor docs:

The code is asynchronous, although it is written in a synchronous manner. What happens under the hood is that all those functions return promises on the control flow. There is even direct access, using “protractor.promise.controlFlow()”, and the two methods of the returned object, “.execute()” and “.await()”.

Other webdriver libraries, such as wd https://github.com/admc/wd, require the direct use of callbacks or promise chains.

When a scope is terminated, two similar “destroy” events are fired. What are they used for, and why are there two?

The first one is an AngularJS event, “$destroy”, and the second one is a jqLite / jQuery event “$destroy”. The first one can be used by AngularJS scopes where they are accessible, such as in controllers or link functions.

Consider the two below happening in a directive’s postLink function. The AngularJS event:

The jqLite / jQuery event is called whenever a node is removed, which may just happen without scope teardown.

The key to both is assigning the result of the function to a variable.

To cleanup the timeout, just “.cancel()” it:

The same applies to “$interval()”.

To disable a watch, just call it.

Name and describe the phases of a directive definition function execution, or describe how directives are instantiated.

The flow is as follows:

Secondly, two functions are executed for every directive: the controller and the prelink function. The order of execution again starts with the parent element, then child, then grandchild, etc.

The last function postLink is executed in the inverse order. That is, it is first executed for grandchild, then child, then parent.

A great explanation of how directives are handled in AngularJS is available in the AngularJS Tutorial: Demystifying Custom Directives post on the Toptal blog.

It relies on $interpolation, a service which is called by the compiler. It evaluates text and markup which may contain AngularJS expressions. For every interpolated expression, a “watch()” is set. $interpolation returns a function, which has a single argument, “context”. By calling that function and providing a scope as context, the expressions are “$parse()”d against that scope.

How does the digest phase work?

In a nutshell, on every digest cycle all scope models are compared against their previous values. That is dirty checking. If change is detected, the watches set on that model are fired. Then another digest cycle executes, and so on until all models are stable.

It is probably important to mention that there is no “.$digest()” polling. That means that every time it is being called deliberately. As long as core directives are used, we don’t need to worry, but when external code changes models the digest cycle needs to be called manually. Usually to do that, “.$apply()” or similar is used, and not “.$digest()” directly.

List a few ways to improve performance in an AngularJS app.

The first one can be enabled through the $compileProvider:

That tweak disables appending scope to elements, making scopes inaccessible from the console. The second one can be set as a directive:

The performance gain lies in the fact that the injected modules are annotated explicitly, hence they don’t need to be discovered dynamically.

You don’t need to annotate yourself, just use some automated build tool and library for that.

Two other popular ways are:

… which executes nearby digest calls just once, using a zero timeout.

What is $rootScope and how does it relate to $scope?

$rootScope is the parent object of all $scope Angular objects created in a web page.

What are the DOM and the BOM?

The DOM is the Document Object Model. It’s the view part of the UI. Whatever we are changing in page elements is reflected in the DOM.

BOM is the Browser Object Model, which specificies the global browser objects like window, localstorage, and console.

Our Exclusive Network of AngularJS Developers

Looking to land a job as an AngularJS Developer?

Apply as an AngularJS Developer 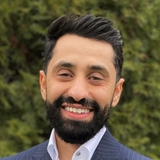 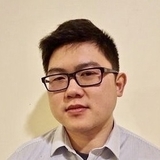 Congwen is a dedicated web developer who specializes in developing full-stack web applications using practical frameworks. He's passionate about solving problems for others—a good solution to him usually requires a dose of creativity that then requires more effort to adapt and perfect.

Ryan is a top architect, entrepreneur, and developer. He boasts a proven competency in building cloud-scalable, extensible software and systems. He writes code that can be maintained and expanded over time as business systems and requirements adapt to market demands or pivots in core business direction.