Toptal sourced essential questions that the best C# developers and engineers can answer. Driven from our community, we encourage experts to submit questions and offer feedback.

What is the output of the short program below? Explain your answer.

The output will be:

Although both variables are uninitialized, String is a reference type and DateTime is a value type. As a value type, an unitialized DateTime variable is set to a default value of midnight of 1/1/1 (yup, that’s the year 1 A.D.), not null.

Given an array of ints, write a C# method to total all the values that are even numbers.

There are of course many ways to do this, but two of the most straightforward would be either:

Here are the key things to look for in the answer:

Is the comparison of time and null in the if statement below valid or not? Why or why not?

Specifically, the == operator will cast its operands to different allowable types in order to get a common type on both sides, which it can then compare. That is why something like this will give you the result you expect (as opposed to failing or behaving unexpectedly because the operands are of different types):

However, this can sometimes result in unexpected behavior, as is the case with the comparison of a DateTime variable and null. In such a case, both the DateTime variable and the null literal can be cast to Nullable<DateTime>. Therefore it is legal to compare the two values, even though the result will always be false.

Given an instance circle of the following class:

write code to calculate the circumference of the circle, without modifying the Circle class itself.

The preferred answer would be of the form:

Since we don’t have access to the private radius field of the object, we tell the object itself to calculate the circumference, by passing it the calculation function inline.

A lot of C# programmers shy away from (or don’t understand) function-valued parameters. While in this case the example is a little contrived, the purpose is to see if the applicant understands how to formulate a call to Calculate which matches the method’s definition.

Alternatively, a valid (though less elegant) solution would be to retrieve the radius value itself from the object and then perform the calculation with the result:

Either way works. The main thing we’re looking for here is to see that the candidate is familiar with, and understands how to invoke, the Calculate method.

What is the output of the program below? Explain your answer.

Also, would the answer change if we were to replace await Task.Delay(5); with Thread.Sleep(5)? Why or why not?

The answer to the first part of the question (i.e., the version of the code with await Task.Delay(5);) is that the program will just output a blank line (not “Hello world!”). This is because result will still be uninitialized when Console.WriteLine is called.

Most procedural and object-oriented programmers expect a function to execute from beginning to end, or to a return statement, before returning to the calling function. This is not the case with C# async functions. They only execute up until the first await statement, then return to the caller. The function called by await (in this case Task.Delay) is executed asynchronously, and the line after the await statement isn’t signaled to execute until Task.Delay completes (in 5 milliseconds). However, within that time, control has already returned to the caller, which executes the Console.WriteLine statement on a string that hasn’t yet been initialized.

Calling await Task.Delay(5) lets the current thread continue what it is doing, and if it’s done (pending any awaits), returns it to the thread pool. This is the primary benefit of the async/await mechanism. It allows the CLR to service more requests with less threads in the thread pool.

Asynchronous programming has become a lot more common, with the prevalence of devices which perform over-the-network service requests or database requests for many activities. C# has some excellent programming constructs which greatly ease the task of programming asynchronous methods, and a programmer who is aware of them will produce better programs.

With regard to the second part of the question, if await Task.Delay(5); was replaced with Thread.Sleep(5), the program would output Hello world!. An async method without at least one await statement in it operates just like a synchronous method; that is, it will execute from beginning to end, or until it encounters a return statement. Calling Thread.Sleep() simply blocks the currently running thread, so the Thread.Sleep(5) call just adds 5 milliseconds to the execution time of the SaySomething() method.

What is the output of the program below? Explain your answer.

This program will output the number 10 ten times.

Here’s why: The delegate is added in the for loop and “reference” (or perhaps “pointer” would be a better choice of words) to i is stored, rather than the value itself. Therefore, after we exit the loop, the variable i has been set to 10, so by the time each delegate is invoked, the value passed to all of them is 10.

It is possible to store mixed datatypes such as int, string, float, char all in one array?

Yes! It is possible to do so because the array can be of type object that can not only store any datatype but also the object of the class as shown below:

Compare structs and classes in C#. What do they have in common? How do they differ?

Classes and Structs in C# do have a few things in common, namely:

But there are a number of differences. Here’s a comparison:

What is the output of the program below?

At the client side:

Is there a way to modify ClassA so that you can you call the constructor with parameters, when the Main method is called, without creating any other new instances of the ClassA?

The this keyword is used to call other constructors, to initialize the class object. The following shows the implementation:

What does the following code output?

Write a C# program that accepts a distance in kilometers, converts it into meters, and then displays the result.

Boxing is an implicit conversion of a value type to the type object or to any interface type implemented by the value type. Boxing a value type creates an object instance containing the value and stores it on the heap.

You’re given a word string containing at least one $ symbol, e.g.:

Question: How do you remove all but the first occurrence of $ from a given string?

This problem has two parts: Preserving the first occurrence and replacing all the others.

We can solve it using a regular expression and String.Replace():

With the first occurrence of $ preserved in halves[1].Value, we can simply use String.Replace() on halves[2].Value to eliminate all $ characters found in the remainder of the string, without the need for a second regular expression.

Our Exclusive Network of C# Developers

Looking to land a job as a C# Developer?

Apply as a C# Developer 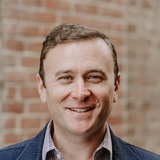 Rory is a software consultant delivering solutions to fill enterprise needs. He brings technical skill and experience guiding teams in not just how to build, but what to build. He has extensive experience on the Microsoft web stack, including ASP.NET MVC, Web API, SQL Server, and Azure. 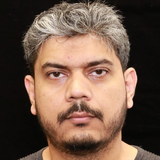 United StatesFreelance C# Developer at Toptal Since May 21, 2018 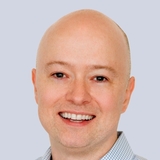