If you are building any desktop app (using Swing, AWT, or SWT), any Android mobile app, or any web application using frameworks like Spring, Hibernate, Struts, etc. a very strong command over Core Java is a must. Core Java, as the name suggests, is at the heart of the Java language, rather than involving expertise in the many libraries it has available.

Launched in 1996, Java is still one of the most popular web back-end programming languages. Whether your company is building a small- or large-scale application, writing in Java gives you an edge over others because of its high popularity and the support channels available among its developer community.

If you are building any desktop app (using Swing, AWT, or SWT), any Android mobile app, or any web application using frameworks like Spring, Hibernate, Struts, etc. a very strong command over Core Java is a must. Core Java, as the name suggests, is about the heart of the Java language, and excludes the many libraries available in the mature Java ecosystem.

A developer with a very good understanding of Core Java can learn any Java-centered high-level framework (like Spring) or OS (like Android) with ease. Such developers would be able to switch easily to any object-oriented language (like C++) or a language that’s a mixture of object-oriented and functional approaches (like Scala) in the future.

With Java also keeping up its pace with competitors and continuously introducing many new features in the latest versions, it is still expected to be among the top choices by back-end web programmers. for many more years to come. But its popularity comes at a price: With so many Core Java developers out there, hiring one can sometimes be tricky. Below is a job description template you can customize to help with this task.

We are looking for a Core Java developer who will work on writing clean, reusable, modular, and maintainable code that is easy to understand and easy to change. In-depth knowledge of data structures and algorithms is required. This is so that you can apply them better in day-to-day tasks, and so you know which one to choose over the other, especially when using frameworks like the collections framework.

The ideal candidate should be highly motivated and keen to learn new features and changes as Java evolves. {{ Candidates must also be open to other languages and technologies—depending upon project needs. }}

Read a list of great community-driven Core Java interview questions.
Read them, comment on them, or even contribute your own. 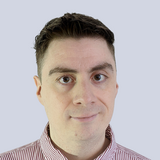 Doug is driven by a need to improve himself, his colleagues, and the products they build. He has experience with many web, back-end, and mobile platforms, most prominently those that are Java-based, such as JVM or Android. Doug's comfortable working at multiple levels at once, from twiddling bits on the wire or providing technical guidance to teams and C-suites alike. 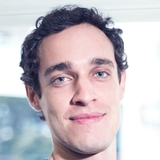 Daniel is a full-stack software engineer with extensive experience designing and implementing large-scale web-based applications using Java and JavaScript. Lately, he's been working mainly in a microservices architecture leveraging the power of the cloud—particularly the AWS environment. He is a driven individual, a team player, an enthusiastic learner, and, most importantly, a passionate professional. 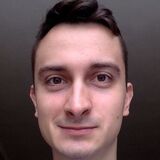 Andrey specializes in the design and development of large-scale systems using Java EE, Scala/Play, and Node.js. He has worked for clients in the telecommunications, insurance, and finance industries. He is familiar with software development methodologies and SDLC fundamentals. He is comfortable leading projects from the gathering of requirements to deployment of the product.