Toptal sourced essential questions that the best Ember.js developers and engineers can answer. Driven from our community, we encourage experts to submit questions and offer feedback.

Make sure to show the relevant route definitions, route objects and templates.

You can assume you have access to a store object in the routes as this.store and that the store has the findAll(type) and findRecord(type, id) methods to retrieve all objects of a certain type and a specific object of a certain type.

How does the above change if the URL structure is to be retained, but the list of bands must no longer be displayed when an individual band is selected? As before, sketch out the route definitions, route objects, and templates.

The routes are no longer nested, but instead are defined on the same level:

Use Ember computed macros to clear up the following class definition.

In this example, a monster is a dragon if it is multi-headed and breathes fire, so you can define properties for each term and then use Ember.computed.and to determine “dragon-ness”.

Ember.computed.or is used to create a property that resolves to true if any properties in it are truthy. That’s what we use for hasDeadlyPower, which is true if the monster breathes fire, if it freezes its enemies, or if it petrifies enemies.

If a monster does not have a deadly power, it’s not really a monster. We can test for this by simply using Ember.computed.not on the previously computed hasDeadlyPower property.

In our example, the total number of XP is the sum of XPs the monster has earned from each victory. To find this total, we first create an array of these victory XPs, and then sum them together. Ember.computed has us covered for both of these, using Ember.computed.mapBy, and Ember.computed.sum.

Apply as a Freelancer
4.

Consider the following definition of a Monster class:

What’s wrong with initializing the victories property the way it’s done here? How would you fix it?

The problem is that properties defined at the class level (such as victories in this example) are shared across instances of the class. Since victories is a mutable array, any object pushed into it from any instance will be pushed to the property of the class and thus become “visible” in other instances, too:

For example, when the instance is created:

Or, possibly, as a computed property:

Assume you have a star rating component that displays stars for ratings of different items. When any star is clicked, the set action is fired on the component, with the new rating as the first parameter.

Here is the current component code and its invocation:

The component should receive a new action name that must be sent “upwards” from the set action:

The setAction name needs to be passed into the component when invoking it from the template. In the first case, let that be updateRating:

The corresponding updateRating action can be defined on the route (or controller) as follows:

To use the same component to set the dribbling skill of a soccer player, you invoke the component like this:

The action fired on the route would then be called updateSkill but nothing needs to change in the component’s code. Thus, the component is reusable.

List the route hooks and actions you know, and give a common use case for each.

Bonus points if the candidate mentions these hooks:

Use Cases for Hooks

This is the place to put logic before the route loads any data.

Fetches the main data backing up the route’s template.

This is the place to put logic after the route has loaded its data.

This can be used for the same purpose as afterModel, the only difference being that transitioning in redirect does not invalidate the current transition, and thus does not rerun the previous hooks.

Sets up data other than the model on the controller.

Called when the route has been fully entered.

One use case might be setting a CSS class on the body tag so that a modal becomes visible.

Called when the route has been exited

A possible use case is resetting the CSS class that was set in the activate hook. In general, this is used to reset what was done in activate.

Since route-driven controllers are singletons in Ember, this is the best place to reset properties on the controller that we don’t want to persist when the route is exited. A valid use case might be resetting a counter to zero, or flipping back a switch that designates the status of a UX flow.

Use Cases for Actions

This action is fired before the router starts the transition, which gives the developer the possibility to conditionally abort it.

Consequently, it might be used to warn the user about losing unsaved changes, for example.

This action is fired on the destination route when the transition has fully completed. Setting the document’s title is a possible use case for this route action.

If a model hook returns a promise, that promise must be resolved before the corresponding template can be rendered. When the model hook returns a promise, a loading action is fired on the parent route (so for bands.band, the loading action is fired on bands), which, by default, renders a loading template under the parent (in the given example, bands.loading). This default behavior can be overridden.

Explain what the “Data Down, Actions Up” (DDAU) concept is and what problem it solves.

DDAU was conceived to replace context-component communication via two-way bindings. Two-way bindings are used heavily in Ember, but they have a few issues, and it is now considered poor practice to rely on them. Mutating data at any nested level in the component hierarchy leads to scenarios that are hard to debug, because there are lots of places a piece of data given to a component can be changed. DDAU makes the flow of data very explicit and easier to comprehend.

Explain what the each template helper does and show a few ways it can be extended/customized.

The #each helper iterates through an array and calls its block with each of its items. It is typically used to render a list of things.

An else branch can be provided that will be rendered when the array is empty.

An index may also be provided as the second parameter of the block:

Furthermore, a key may be given that tells Ember whether a DOM representation of an item can be reused or needs to be rerendered (i.e., whether the item has changed). This can improve rendering speed.

Our Exclusive Network of Ember.js Developers

Looking to land a job as an Ember.js Developer?

Apply as an Ember.js Developer 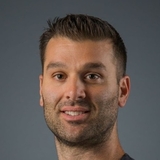 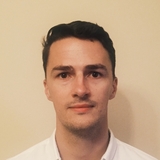 United KingdomToptal Member Since May 12, 2016

Timothy has been a startup co-founder, web agency director, and engineering team lead. His interests lie in solving business problems with technology. He does most of his work in Ruby/Rails, where he has extensive experience building large, non-standard apps that scale excellently. He also has experience on the front-end building interactive user interfaces with React.js and associated tools. 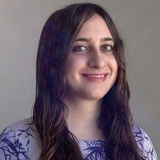 Najwa has been a web developer for 3 years. She takes pride in writing clean, object-oriented code and using test-driven development. She builds APIs using Ruby on Rails and views using Ember, jQuery, HTML, and CSS. Before discovering her love for programming, she held demanding roles in marketing analytics, an experience that shaped her into the detail-oriented, proactive, fast-learning, and communicative developer she is today.