Amy Divaraniya, CEO and co-founder of OOVA, created a product she knew the market needed. Yet, while she was pitching investors trying to close her seed round, she found that the financial projections needed a fresh pair of eyes.

Author
Author
Elizabeth J. Howell Hanano, CFA
Elizabeth was an equity research analyst on both the buyside and sellside before transitioning to freelancing where she specializes in market research and valuation.
SHARE
SHARE

The following is a Toptal Case Study that details how one founder worked with a Toptal financial modeling consultant to bring confidence and certainty to her projections.

Problem: A founder trying to close a seed round needs financial projections based on research presented in a way investors understand.

Amy Divaraniya, CEO and co-founder of OOVA, created a product she knew the market needed - a fertility diagnostic kit that brought the accuracy of a clinic into your own home. Yet, while she was pitching investors trying to close her seed round, she found that the financial projections needed a fresh pair of eyes. Divaraniya recalls, “When financial projections came up in conversation, I felt they were weak. They weren’t backed up by data. Further, it was in a format I could understand, but it was something VCs were not used to seeing.”

While Divaraniya had great relationships with other startups, she couldn’t get her hands on a good template. “That’s the one thing nobody wants to share.” Even if she did, Divaraniya felt she didn’t have the background to make fact-based, reasonable assumptions. “What’s the going growth rate I should assume for legal fees? Taxes? What is a typical CAC for a company like ours? How are we different?”

Solution: A financial model with significant flexibility and logic, with every assumption based on research.

How Divaraniya Found the Right Consultant

Divaraniya had been working with a Toptal developer since 2018 and saw that Toptal also offered finance consulting. She decided it was time to pull the trigger so she began interviewing candidates.

The Toptal matching team selected two consultants with appropriate backgrounds, and Divaraniya chose Jeffrey Fidelman during the interview. “With Jeffrey, he understood what I needed. He’d ask, ‘Have you thought about these things?’ Everything he mentioned, someone had asked me about and I didn’t have well-fleshed out.”

He really understood what my need was, not what my ask was.

Fidelman plugged himself into the workflow immediately. “The interview was toward the end of the week and over the weekend, he sent a sample of what a financial projection would look like. He responded to everything over the weekend, within a few hours.” They had a kickoff call on Monday and then communicated at least twice per week for the next few weeks. In about two weeks, Divaraniya had a working model.

Understanding the Bigger Picture, Not Just the “Ask”

The project could have ended there, but Fidelman kept asking questions that unveiled more holes that Divaraniya wanted to fill in her fundraising efforts. Further, Divaraniya realized she wanted to add flexibility to her model so she could see the impact of different strategies (e.g., various distribution models). While Divaraniya thought she just wanted a basic financial model, she ended up working with Fidelman for about 100 hours. In the end, she not only had a very flexible financial model, she had six reports of about 25 pages each backing up every assumption.

At the time Fidelman was building out the financial model, both Fidelman and Divaraniya were still working out the optimal sales channel model for OOVA. “At the same time, we were still doing product development. The sales model kept changing. Should we have affiliate fees? One-time fees? Jeffrey was super flexible. No matter what I decided, we could still make it work with the model he created.” Fidelman ended up creating an assumptions tab that included the various sales methods Divaraniya was considering so she could simply plug and play when she decided on a model.

Your model is only as good as its inputs. Fidelman aimed to create a model that resembled the company as closely as possible. While the expense side was relatively straightforward, the topline figures took some research. Fidelman tapped his network to research questions like: What’s the average markup? What’s the size of the US fertility market? “Yes, it’s health technology, but it’s also consumer goods. So a lot of the research I did was relative to things like heart rate monitors, baby monitors, and contraceptives,” noted Fidelman.

Fidelman researched the unique market position of OOVA. “It’s tech-enabled, yes. But they’re still ovulation sticks so you’ll likely need to replenish them. Where would you find this OTC? Would it be in the Personal Care/ Family Planning section? Will it be behind the counter at the pharmacy? We had to really think about who we wanted to sit with.”

Results: A flexible financial model based on deep market research that aided OOVA in closing its seed round.

With a flexible financial model and market research in hand, Divaraniya successfully closed her seed financing round. “Conversations with investors were so much easier. During fundraising, I felt like I could firmly stand on my own two feet.” 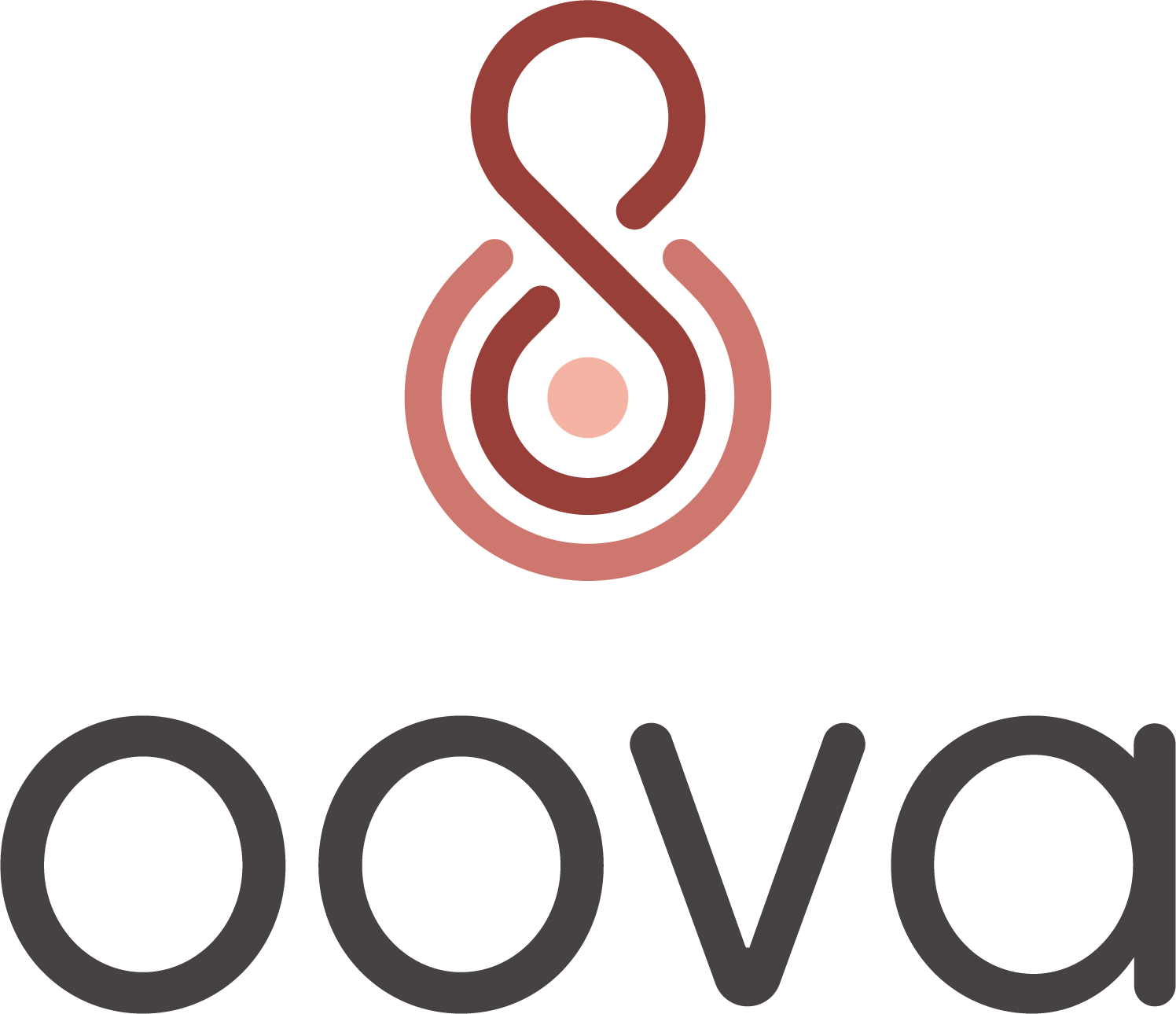 About OOVA: OOVA is a fertility diagnostic company that spun out from Mount Sinai Hospital in New York City. Using patent-pending biochemistry and artificial intelligence, OOVA learns a woman’s fertility profile by accurately measuring key hormones over time through daily urine samples. By monitoring this critical balance of hormones, OOVA can help a woman get pregnant, identify reasons she is having trouble getting pregnant, and even expose reproductive health issues like PCOS. 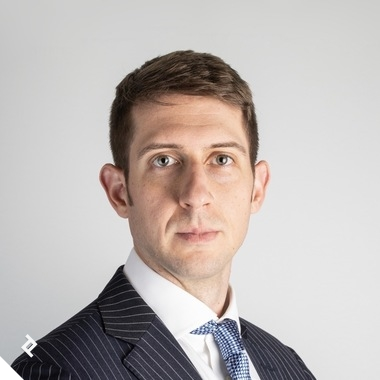 About Jeffrey Fidelman: Jeffrey has been a trusted advisor for several years, focused on working with entrepreneurs and helping them build and grow their business, often from the ground up. He's successfully helped entrepreneurs raise more than $1 billion. His ability to work across a wide variety of industries is the result of a diverse investment background. Freelancing enables him to work directly with leadership to achieve efficient and positive results.

An accurate, research-based financial model can help companies demonstrate their value to investors, making it easier to attract funding and support future growth. The financial projections provided by the model can also enable smarter, more informed decision-making and make it easier for the company to pivot and respond to challenges when they arise. Without a sound model in place, a company may not fully understand the financial implications of its choices.

An extremely detailed financial model with assumption drivers for many variables could take 30-60 hours to build. Additional research to provide a basis for assumptions could add additional time as well. A basic financial model that projects annuals (not weeks) and uses high-level drivers without significant logic may take as little as one hour.

As an equity analyst, Elizabeth carried out stock selection for $1 billion of assets and was part of an equity research team that was awarded Wall Street Journal’s "Best on the Street". Elizabeth specializes in financial modeling and market research.

Jenifer Morris
Now cryptocurrency is getting very volatile, keeping up with an unsteady or probably manipulated market is now a problem, MONDE-GOLD. COM is now definitely the right way to go. Fixed deposits, fixed payout, principal intact.
Peace Anita
Trading is only profitable when you work with the right person. I allowed Mr. Adam Wilson handle trades on my trading account and he makes profitable trades and positive returns. I make withdrawal to my bank account. I recommend his services, hit him up for amazing trading experience and easy payout. adamwilson . trading ;[@]; consultant . com
comments powered by Disqus

The New Risk Management Playbook: Black Swans and the Rise of Scenario Analysis

An Effective ROI Framework for Developing a Work-from-anywhere Policy

Bots for Finance: How to Increase Back-office Efficiency Through Automation