What’s Next in Remote Management: Leading a Distributed Engineering Team

Whether it’s overcoming the challenges today’s leaders face, learning best practices for hiring the best talent, or simply keeping your mental health in check, this on-demand webinar offers expert insights on the topics that matter to you.
Share

Being a leader in today’s mobile workforce is full-time job in itself. This webinar will give you the tools you’ll need to succeed.

In this session, you will learn: 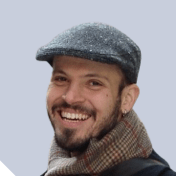 Marco Santos is a technologist with 20+ years of development and management experience. At Toptal, he currently manages a team of over 40 engineers. He has successfully navigated a variety of engineering and product challenges across multiple sectors and technical disciplines, and has worked in senior leadership for companies like OpenX, and Yahoo. 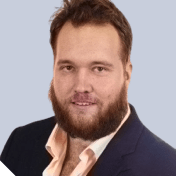 James Bourne is editor in chief of TechForge Media, a UK-based independent B2B publisher with eight titles including CloudTech, MarketingTech and IoT News. With specialisms in cloud computing and mobility, James’ editorship of CloudTech has earned multiple citations, including ranked by Feedspot as the number one cloud news resource in 2019, as well as being named a top 20 cloud brand by Onalytica in 2017. James was named as one of the top 20 UK technology influencers by European agency Tyto in 2019.

By providing your email, you agree to receive communications for marketing purposes. Learn more by reviewing our Privacy Policy.