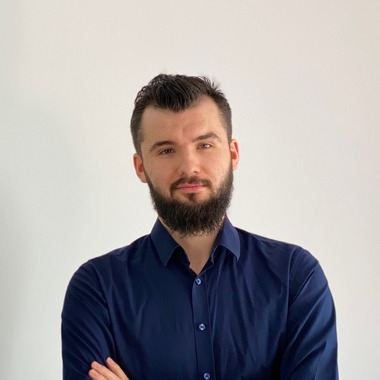 Member since September 11, 2017
Kamil is an engineer with full-stack experience and a React and React Native enthusiast who truly loves TypeScript. Kamil has experience working in big corporations, small startups, and as a solo developer—planning architecture, setting up the CI/CD, coding applications, and deploying them to a server or an app store.
JavaScriptReactReact NativeReduxWebStormNode.jsFirebaseGitCSSC#TypeScriptMicrosoft SQL ServerMongoDB.NET CoreMobile DevelopmentShow more
Kamil is now available for hire
Hire Kamil

...project that I've worked on was one of the biggest eCommerce platform in Norway that has millions of daily visits.