Infrastructure management is a fundamental building block for any organization striving to achieve a DevOps methodology. Toptal DevOps services can work with your company to utilize the cloud in improving scalability and reliability.

Configuration management standardizes resource configurations and enforces their state across IT infrastructure. Senior DevOps engineers can help your company do this in an agile and automated manner.

Clean code is the foundation of continuous integration. Experienced DevOps engineers can work with your team to help test and improve code, verify artifacts for deployment, and help ensure quality build and code reports.

One of the most significant hurdles when building out a DevOps team is finding experienced talent. Toptal DevOps engineers are among the best in the world, ready to join your team and contribute immediately.

Through virtualization, developer and IT teams are able to use the same compute and network environments, further breaking down barriers in a DevOps organization and reducing costs substantially.

Here is what Toptal's leading DevOps experts are saying about DevOps.
Ramping up Software Deployment - A Docker Swarm Tutorial

DevOps: The New Norm in IT and Development

For many enterprises, gone are the days when their IT and development departments were separate entities—sometimes conflicting and often painfully inefficient at delivery. In merging software development and system operations, the key philosophy of DevOps involves the automation, testing, and monitoring of essential processes.

In the last decade, DevOps strategies have been adopted by a myriad of tech companies and organizations in all kinds of industries from technology to financial services to insurance, education, and government.

Numerous case studies are discussed each year in reports like The State of DevOps and at gatherings like DevOps Talks Conference (DOTC). A DevOps implementation is touted as a smart move to maximize ROI, secure market share, and stay in business long-term.

The success of DevOps is already widespread:

A long list of such case studies is signaling to business owners that a DevOps implementation is no longer merely an advantage. It’s such a must-have that even Canonical (the powerhouse behind Ubuntu Linux) partnered with the popular DevOps company, Chef, back in 2015, when they ramped up their enterprise offerings. 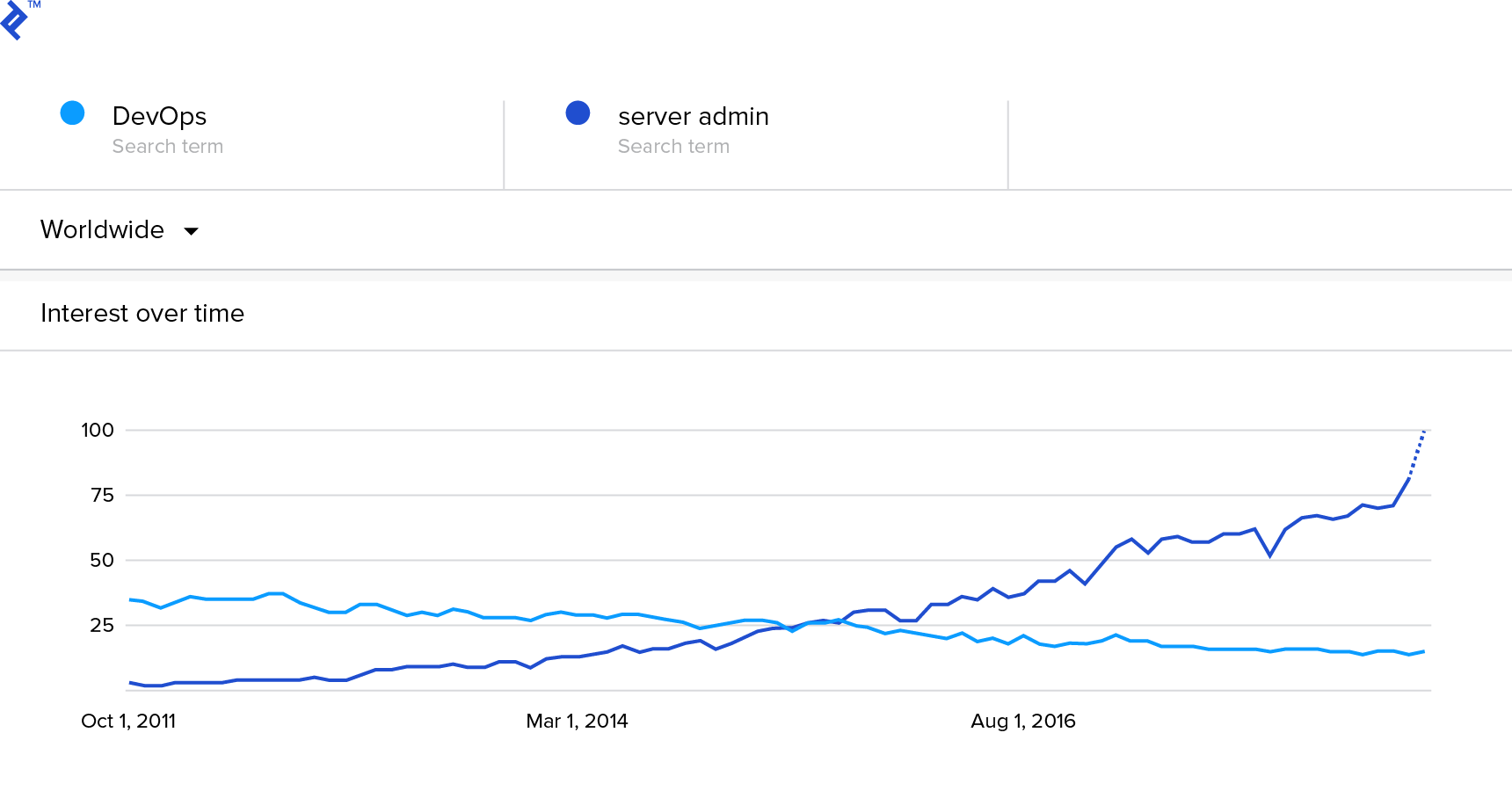 Traditional server administration is giving way to the explosive growth of DevOps.

Where server admins used to manually handle a process and only know that something was amiss when users complained, DevOps engineers help organizations transition to a model where common processes are not only automated but automatically monitored. Without that, scaling a process means hiring more and more employees to do tedious work that computers can handle much more efficiently.

These implementations boost the productivity of all teams. First, human resources are freed for more innovative work so they can deliver more value and more intellectual assets for the company. Second, the same personnel can handle an exponentially increasing number of clients because repetitive and routine work is automated. Often, such prospects of hiring a dedicated DevOps specialist or building one’s own DevOps team can hardly be matched by other investment strategies.

The Key to IT Security and Compliance: DevSecOps

The Council of Economic Advisers estimates that “malicious cyber activity cost the U.S. economy between $57 billion and $109 billion in 2016,” while the Australian Cyber Security Centre reports that private enterprises and businesses are targets of cyber espionage and cybercrime.

IT security incidents worldwide are becoming larger, more frequent, and more severe. DevOps engineering can be the response to the cybersecurity threats—in this case, it’s sometimes known as DevSecOps.

Whether your company manages its own servers, delegates that task to a cloud provider, or some of each, traditional development and operations departments would often approach security separately, sometimes to the detriment of each other’s strategies. DevOps-emphasized technologies like virtualization, containerization, isolation, and configuration management make it possible to develop and test smaller software modules with a security-centric approach in mind and then reuse them throughout the whole IT infrastructure at scale.

Thus it’s no surprise when experts predict that the cloud security market will be worth $12 billion by 2022.

Applying the same DevOps solutions, teams can considerably speed up the implementation of compliance policies such as HIPAA, GDPR, PCI DSS, EU-U.S. Privacy Shield, and FERPA. For example, it is thanks to collaborations between DevOps developers, security engineers, and app development specialists that FormAssembly, a form-building and data-collection company, was able to launch its Compliance Cloud service featuring compliance with all five standards listed above.

From standards to security to scaling, DevOps solutions draw in numerous related concepts and technologies. That’s why hiring a DevOps architect, particularly for a leadership position, has become a rather lengthy journey. Besides having advanced soft skills, DevOps engineers should be literate in virtualization, cloud technologies, hardware, continuous integration (CI) and continuous delivery (CD), and security monitoring. But top specialists will enable improvements to IT and overall performance for any company relying on software. It’s time to dream big!