A customizable job description template for hiring world-class ASP.NET developers. Use this as the starting point for your next hire.

ASP.NET is the name of a broad set of web-focused techniques, markup syntaxes, and tools based on the Microsoft .NET framework and languages. But it can also refer specifically to Web Forms, which is a visual drag-and-drop system for creating web sites. Web Forms can shield the developer from JavaScript and other browser details while performing most or all processing on the server. It is often used for data-intensive business applications with entry forms.

Because it is a very mature technology from the early 2000s, there is a formidable amount of legacy code in ASP.NET. A lot of that older code is not as performant or as scalable as desired and can have hacks, inconsistencies, and the overuse of dependent libraries and techniques. That complexity often calls for a developer with skill in simplifying and modernizing larger code bases, implementing more client-side behavior, and calling microservices.

An ASP.NET developer should be proficient in C# (and sometimes Visual Basic) and be familiar with databases and related technologies like ADO.NET and Entity Framework. They should also be familiar with JavaScript and jQuery, and one or more of the common third-party control libraries such as Telerik or DevExpress.

When hiring for ASP.NET-based projects, it is important to include a list of connected systems, the status of development, and the direction of future development. The position might need someone who can rewrite the whole application in a more modern system—perhaps MVC/Razor, or another ecosystem entirely, like Angular. Or it might require someone to maintain and debug complex form validations. These two needs would require quite different skill sets, so it’s best to have clear intentions.

The sample ASP.NET developer job description below is intended to be customized to help you write the perfect job ad—the first step toward finding and hiring the right match for your project.

We are looking for an experienced ASP.NET developer who will work on {{ modernizing, maintaining, and/or extending }} a code base of {{ describe your system’s main purposes }}. You will also be responsible for {{ reducing complexity, maintaining unit tests, creating integrations, and/or adding new features }}.

You will {{ be responsible for UI design | create pixel-perfect implementations of mock-ups provided by our designers}}.

How to Improve ASP.NET App Performance in Web Farm with Caching

Eight Reasons Why Microsoft Stack Is Still a Viable Choice

Buggy C# Code: The 10 Most Common Mistakes in C# Programming

Read a list of great community-driven ASP.NET interview questions.
Read them, comment on them, or even contribute your own.

Sagi is a top-performing, Microsoft Certified Senior Azure DevOps engineer with ten years of solid hands-on experience in DevOps, programming, scripting, and business intelligence. Sagi specializes in architecting and implementing DevOps processes using Azure DevOps and Azure Cloud platforms. By utilizing his gained experience in multiple application development areas, Sagi has become one of the most prominent experts in the market. 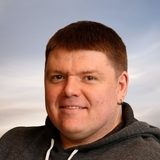 Dmitry is a top-notch developer with over twenty years of experience creating .NET web applications. He mostly deals with ASP.NET Core and Blazor (C#, .NET Core) software development and architecture design these days. Dmitry has received the Microsoft MVP (Developer Technologies) Award 9 times and is a capable community leader. He has also received a Master of Science degrees in computer science and structural geology and modeling. Clients call him "The Coding Machine." 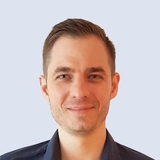 Boris is an experienced senior software architect and back-end developer with two decades of hands-on experience, both at big corporations including Microsoft and as an early employee of startup firms. Boris is experienced in tech leadership roles, system architecture, and developer mentorship. His personal passion lies within high-performance solutions, complex technical challenges, and algorithm implementation and optimization. 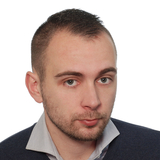 Mihael has been a developer for 10+ years—with 7+ years of experience working with the .NET framework, large system integrations, and enterprise solutions for various industries. He also has a master's degree in information systems. He specializes in enterprise-level application development on the .NET platform. Mihael has worked on numerous successfully delivered projects—working on the front-end and back-end. 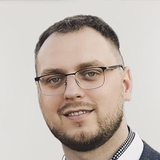 Czech RepublicToptal Member Since May 18, 2016

For the past ten years, Boris has worked as a full-stack developer (ASP.NET, Ruby on Rails, iOS, and Swift) and has mainly worked with enterprises and startups; working for the past five as an outsourcer. He is also an eCommerce framework expert who specializes in payment system architecture design. Boris has been certified as a nopCommerce developer and has worked as a team lead in the Nop.ROCKS company. 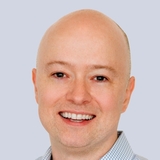 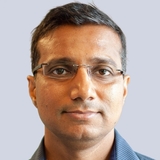 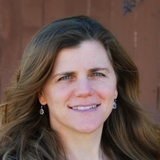 Cheryl is a developer with strong communication skills who seeks to provide software solutions that delight her clients. She has enjoyed working with React, Node.js, REST APIs, GraphQL, SQL, MongoDB, and JavaScript recently and is ready to start putting her skills to work for you. In addition to her technical background, Cheryl has an MBA and can translate your business requirements into quality software solutions. 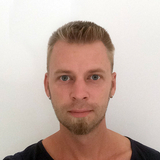 Andrei is an experienced full-stack web developer with almost a decade of experience working with a large variety of technologies—over half of that working remotely. He is equally comfortable collaborating with a team of developers or flying solo. He has worked with satisfied clients from the US, Australia, Kuwait, and Russia.