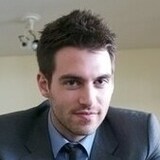 With over fifteen years of experience building and scaling software products for web and mobile, Ben is a well-versed engineer and manager passionate about solving real-world problems through technology. Ben has previously worked with the University of Michigan, Microsoft, and a variety of venture-backed startups across the US and Asia. 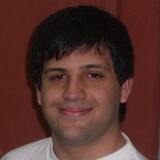 Fabián is an apprentice mathematician and an expert programmer. A Python, Django, Emacs, and Free Software enthusiast and the author and maintainer of python.el for GNU Emacs, he is in love with Lisp-like languages and the functional programming paradigm. He has over five years of Django and jQuery experience as well.

Within days, we'll introduce you to the right Twitter developer for your project. Average time to match is under 24 hours.
3

Work with your new Twitter developer for a trial period (pay only if satisfied), ensuring they're the right fit before starting the engagement.

Social Network Analysis in R and Gephi: Digging Into Twitter