Hire the top 3% of UX consultants 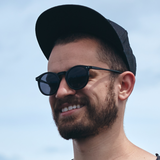 Jake built Fancy which was deemed one of the best apps of the year from Apple and Google. Other clients include Apple, Twitter, Snapchat, Shopify, Hermès, and Kanye West. He's privileged to work on amazing projects with brilliant people. 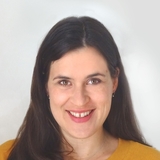 Claude is a user experience designer with a desire to create digital products that are usable, enjoyable, and effective for users. She works with companies to develop innovative design solutions that meet user needs and business goals. Specializing in human-computer interaction, Claude excels at creating designs that prioritize the user experience, accessibility, and usability to maximize user satisfaction. 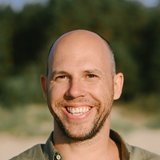 Tomass specializes in functional and beautiful user experiences for the web and mobile applications. He strives to bridge user needs and business goals to deliver the most creative and strategic UX and design solutions. Tomass communicates extremely well with his clients and has worked in teams of all sizes. 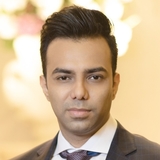 For over the past 13 years, Uzair has been honing his skills in the disciplines of design (UI/UX and interaction). He has designed for some of the best companies on the planet including Toyota, Sony, CAT, Lexus, Honda, and Acura. His work has been featured across many websites and won prestigious awards such as the Webby Awards and App Design UK. He also has a master's degree in aesthetic philosophy and a diploma in digital arts. 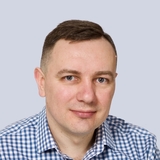 Dmytro has been in the industry for more than 13 years and specializes in user interface design, interaction design, mobile UX, information architecture, and user experience. Apart from developing effective user interfaces, wire framing, prototyping and ensuring success through user testing methodologies, he is a dedicated UX lover—promoting UX as a function/service and organizing UX training sessions and workshops. 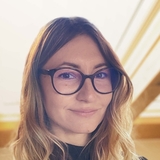 Andrea is a UX designer who loves to solve problems and create products. She has 10+ years of professional experience in the digital product space and within that period she led in-house design teams, worked remotely with startups and big corporations, created mobile games played by millions, and mentored junior designers. Andrea is always on the lookout for interesting challenges and collaborations. 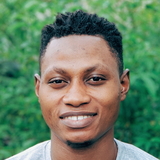 Adewale is a designer with over eight years of experience. During his career, he has led the design team at Amplify Digital where he was responsible for the agency's brand refresh and also worked on design solutions for brands like MTN, HP, Samsung, and Huawei. He currently works as the head of design at OyaPay. 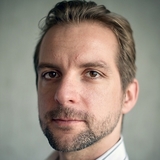 Robert is a senior user experience and interaction design consultant. He is unique in that he combines a strong technical background (due to his bachelor's degree in computer science) with an artistic mind. Robert has recently worked worldwide on several projects including mobile and web products as well as designing the corresponding customer experiences. 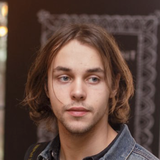 Oleg is a multidisciplinary designer with more than four years of experience. He designs to solve human problems by identifying them, examining alternate solutions to them, and then choosing and executing the best solution. He's passionate about technology, music, coffee, traveling, and everything visually stimulating. Oleg is constantly learning and experiencing new things, this is just a peek of who he is. 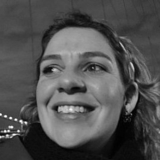 Giselle is a UX designer with 15+ years of experience. She started as a web-content designer & has worked as an information architect for various businesses. At the Nokia Institute of Technology, she had the opportunity to work on mobile projects for Nokia & Microsoft as a UX researcher & Interaction Designer, where later she became the UX Team Manager. Giselle is an Agile UX advocate and speaker with ScrumMaster and Product Owner certifications.

How to Hire UX Consultants through Toptal

Within days, we'll introduce you to the right UX consultant for your project. Average time to match is under 24 hours.
3

Work with your new UX consultant for a trial period (pay only if satisfied), ensuring they're the right fit before starting the engagement.

User Experience (UX) design experts have a deep understanding of design, technology, and human psychology. What makes a product great? What keeps people coming back, what drives them away? A well thought out UX design process, spearheaded by a seasoned UX professional, will help you strike the right balance and keep users coming back for more. This multidisciplinary process also involves a fair amount of user research, ranging from basic analytics and heatmaps, to elaborate enterprise research efforts.

Since UX design can involve a fair amount of planning, research, back-and-forth communication and coordination with team members and stakeholders, a UX designer also has to possess excellent communication skills and basic management experience. This is especially true of freelance UX experts, who jump from project to project, because they have to hit the ground running and start making an impact as soon as possible.

At Toptal, you’ll connect with top hand-picked freelance UX designers from our network, trusted by top companies on their most mission critical UX design projects.

Gray Matter – What Is a Mind Map in the Design Process?

The Higher Ground – A Guide to Design Ethics