Toptal is a marketplace for top remote React.js developers. Top companies and start-ups in London choose Toptal React.js freelancers for their mission-critical initiatives.

Hire remote React.js developers near London or in a similar time zone 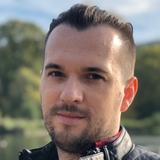 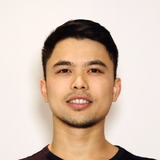 Vu Nam is a software engineer that has worked with Fortune 500 tech-focused companies. He's creative with a high standard of technical implementation—specializing exclusively in full-stack roles in greenfield projects to work with the latest tech. His most used tech stack is React, Redux, TypeScript, RxJS, GraphQL, Node.js, PostgreSQL, Koa, Docker, Terraform and AWS. This stack enables him to build things the right way—thoroughly and quickly. 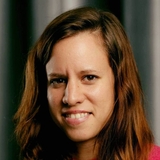 Orsolya has been working as a full-stack developer for several years on both smaller and larger-scale projects. She has a strong detail-oriented mindset, loves solving exciting problems, and enjoys working both independently and as part of a team. While Orsolya considers herself language-agnostic and always eager to learn new technologies, she is most experienced in HTML/CSS, React, Node.js, REST APIs, C#, Docker, SQL, and NoSQL. 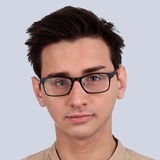 Nikolay is a creative full-stack developer with extensive experience designing user-friendly, web-based apps and scalable infrastructure. As a passionate, highly-skilled, senior software engineer, and a proven leader with strong communication and interpersonal skills, Nikolay has a demonstrated history of successful team collaborations. He is an exceptional problem-solver with "out-of-the-box" thinking and an aptitude for quickly mastering new skills, technologies, cultures, and roles. 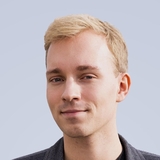 Frédérique is a software engineer and entrepreneur with an MSc in theoretical physics from Imperial College London. He excels at building full-stack systems with the web, desktop, and mobile apps, microservices, and external integrations. Frédérique co-founded an international marketing agency and three startups in developer tools, cybersecurity, and AI. Frédérique regularly releases TypeScript packages and contributes to other open-source projects. 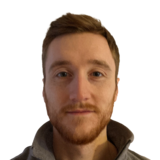 Michael is a JavaScript developer based out of the UK. While comfortable on the full stack, he leans toward front-end development and currently works heavily with React, React Native, and TypeScript with the aim of rapidly developing stable multi-platform applications. He’s worked with a large range of companies of different size and scope and has a passion for real-time data favoring databases like Firebase. 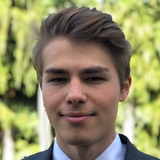 Jaro is a startup founder who has previously worked at JPMorgan Chase & Co. and Deutsche Bank AG with more than three years of experience ideating and overseeing the delivery of exceptional software. He excels in React, TypeScript, Next.js, Node.js, Firebase, and Google Cloud. A fast and thorough learner of new technologies and a native English and Italian speaker, Jaro enjoys working on challenging products and delivering outstanding results. 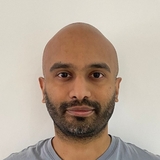 Sanjeevan is a product-focused, full-stack engineer who works with startups to build their MVPs, iterate on products, and scale as their business grows. He has extensive product and entrepreneurial experience and enjoys collaborating with stakeholders to create products that customers love. 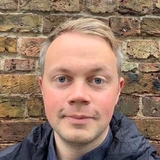 Over the past eight years, Richard has built software used by millions of people for companies such as OVO Energy, Genomics England (NHS), Aviva, Accenture, the Premier League, and Premier Inn. He is a passionate and pragmatic full-stack developer with a keen interest in React, data visualization, and Golang. 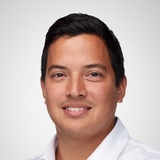 Gustavo is a senior full-stack developer specializing in web-based development, including eCommerce sites and fully responsive web platforms. He is skilled in JavaScript, Python, Redux, Git, Node.js, and React. He has eight years of experience building beautiful and robust websites and web apps for startups and enterprise-level organizations like Cisco, Ascential, and SHL. Gustavo is passionate about designing and engineering optimal digital solutions that offer a great user experience. 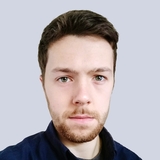 React is a JavaScript library developed by Facebook that has revolutionized the way we think about apps. Borrowing ideas from declarative, reactive, and functional programming, it makes developing highly interactive user interfaces a breeze. As such, it is something that every front-end developer should have in their tool belt. Finding the right engineer for all your React needs can be challenging. This hiring guide provides a hiring process with a set of insightful questions to help you identify amazing full-time and part-time React developers who are experts in their field.

How to Hire React.js Developers Near London

Within days, we'll introduce you to the right React.js developer for your project. Average time to match is under 24 hours.
3

Work with your new React.js developer for a trial period (pay only if satisfied), ensuring they're the right fit before starting the engagement.