Michael Houghton
Michael is a full-stack developer with 13+ years of experience. He is experienced with PHP & Vue.js.
SHARE 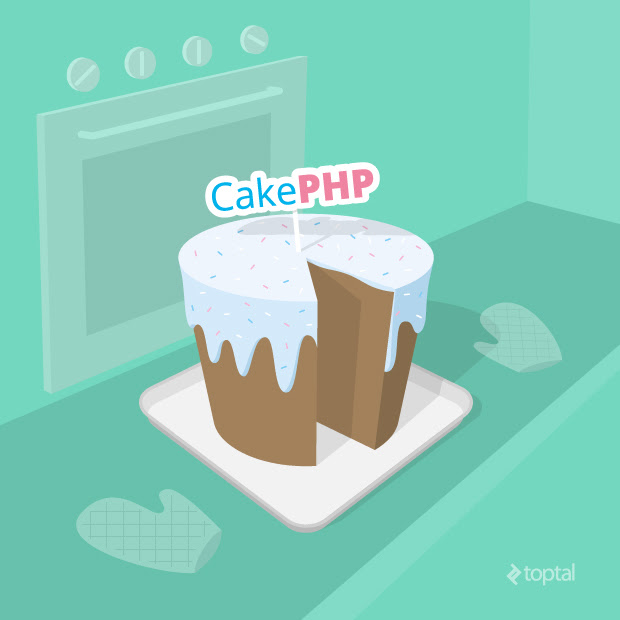 These days, there are so many options when it comes to PHP development. As PHP has matured, more and more PHP Frameworks have come onto the scene, providing developers with a wide array of choices. But it hasn’t always been that way.

Back in 2005, when PHP 4 was still the standard, there were no PHP frameworks and developing an object oriented coding approach in PHP was certainly a challenge. It was then that CakePHP emerged – the first-ever PHP MVC framework. In the nearly 10 years that have passed since it was first released, CakePHP has continued to evolve, maintaining a healthy market share of PHP developers.

Just how popular is the CakePHP framework? It is ranked in the top 4 most popular PHP projects on GitHub, of around 130,000 projects, with over 18,000 members in the CakePHP Google group with 32,000 topics. With 270 contributors to the code, and 320 contributors to the documentation, there is no denying that CakePHP has a big following. CakePHP’s current widespread and growing popularity is well summarized in an article by James Watts, core member and community manager of CakePHP for the Cake Software Foundation, who I interviewed in the course of writing this article.

With version 3 of the framework now available, CakePHP is most certainly expected to remain a leading force in the PHP world and a major contender amidst today’s varied landscape of PHP frameworks.

What’s new in version 3 of CakePHP?

This review is based on the alpha release of CakePHP 3.0, which incorporates a number of new features and enhancements including:

In addition, there are a few additional features that are also planned to be incorporated into the beta release of version 3.0. Most importantly:

Indeed, version 3 represents a significant upgrade beyond prior versions of CakePHP.

While CakePHP has many great features, this review focuses on a few in particular that really help set it apart, namely:

CakePHP has always been about rapid and consistent development and, toward that end, CakePHP places a heavy emphasis on convention. Therefore, like Ruby on Rails (from which CakePHP drew much of its inspiration), CakePHP adheres heavily to the convention over configuration principle.

Conventions mean that a developer doesn’t have to think about “where things go” when learning how to use the CakePHP framework, since defaults for these rules are already put in place. While one does need to become familiar with the CakePHP conventions, once mastered, the developer can concentrate on core development, rather than needing to worry about where the code is placed and other configuration issues.

For a database schema, for example, CakePHP makes certain default assumptions in terms of how certain variables, table names, and fields will be named. Specifically, Cake expects that:

To illustrate, let’s consider a simple review of two tables (articles and users) from a blog post database. In our example, we’ll say that an Articles “BelongsTo” a Users, and a Users “HasMany” Articles. These relationships would be specified as follows in CakePHP 3.0:

CakePHP assumes the default conventions and thereby automatically knows what foreign keys to look for (i.e., user_id in the articles table) when fetching any associations.

It is important to emphasize, though, that CakePHP 3 does allow for its default conventions to easily be overridden. For example, let’s say our foreign key in the users table was called author_id instead of user_id. Specifying this would just require the following two small changes to our code to let CakePHP know that we’re not using the default:

So, although conventions are indeed integral to CakePHP and definitely do have their advantages, overriding them when necessary is really quite simple, as we’ve shown here.

While some developers may prefer PHP frameworks (such as Yii and Laravel) that don’t rely as heavily on conventions, CakePHP conventions can in fact be quite advantageous. They can help dramatically reduce ramp-up time for a CakePHP developer when tasked with enhancing or maintaining code written by another developer, since they result in consistent coding structure and conventions across multiple CakePHP developers and projects.

CakePHP’s Object-relational mapping (ORM) benefits greatly from CakePHP’s framework conventions. By setting out the database schema to Cake’s standards, you can quickly connect tables together through Cake’s powerful ORM. You’ll rarely need to write an SQL statement, as CakePHP handles things like table joins, hasMany, and even hasAndBelongsToMany relationships with ease.

Leveraging CakePHP’s ContainableBehavior, through your model associations you can specify which database tables and fields to select from an SQL query. This can go several tables deep, and through the ORM it is easy to rapidly construct highly complex SQL statements.

Incidentally, CakePHP’s ContainableBehavior is a great example of how CakePHP can simplify and streamline PHP development. It helps you search and filter data in a clean and consistent way and can also help increase the speed and overall performance of your application. (It works by temporarily or permanently altering the associations of your models, using the supplied containments to generate a corresponding series of bindModel and unbindModel calls.)

The challenge with the ORM is that it makes using SQL so simple that, if a developer isn’t careful, he or she can write inefficient SQL queries without meaning to. I have certainly seen poorly written Cake applications many times which haven’t streamlined their queries. These problems tend to surface a couple of years after a system has been deployed, when databases get bigger and badly written queries become increasingly slow.

The main issue here is that, prior to the latest CakePHP version 3, Cake’s ORM would by default retrieve any associated tables when performing a query. As a result, a simple “find all” query could potentially become quite bloated as the underlying SQL would retrieve all data from all associated tables. In version 3, this behavior is no longer the default. (And in prior versions of CakePHP, this default behavior is easy to disable by simply adding public $recursive = -1; to your main AppModel.php file.)

Overall, a review of Cake’s ORM shows it really does help streamline development and, if used correctly, is an amazing tool for building complex queries quickly. It is nonetheless vital that developers take the time to fully understand the ORM and to ensure that their queries are are properly optimized (as is true in any language).

One of the great features of CakePHP is the built-in libraries – Components and Helpers – that eliminate many boring, repetitive, and tedious development tasks. In the MVC context, Components help streamline controller development, while Helpers simplify view coding and logic (i.e., the presentation layer).

The PaginatorComponent, for example, auto-magically builds a next/previous page interface from a find query. Add the JsHelper, and suddenly you have AJAX Pagination, powered by your favorite JavaScript framework (jQuery by default).

A quick sampling of a other useful Helpers includes:

And there are many more.

To be sure, every framework has its pros and cons, and CakePHP is no exception. Here are some of the most common criticisms leveled at CakePHP outside of this review:

All-in-all, nearly 10 years after its initial release, a review of CakePHP reveals that it remains a vibrant and formidable competitor to the many other PHP frameworks that have since emerged.

CakePHP is a community run project. It can only get better as more and more people get involved. Having been involved for 7 years and seen the community continue to grow, I am excited about this next stage for CakePHP. The launch of CakePHP 3, and the maturity of both PHP and CakePHP, means that the framework will continue to get better and better.

If you are looking for a PHP-based solution that offers many benefits similar to Ruby on Rails (in terms of ease-of-use and convention over configuration), then give CakePHP a whirl. The CakePHP Blog Tutorial only takes a few minutes to set up and run though, or alternatively, CakeCoded offers a series of clear lessons to help acquaint a PHP developer with CakePHP and to get started using it. With these resources, you will quickly see the extent to which CakePHP can speed up and enhance your PHP software development efforts. Enjoy!

Michael Houghton is a Toptal Engineer based in Ireland with extensive CakePHP experience. He has developed over 100 websites with the framework, worked with the team at CakeDC (the commercial entity behind the CakePHP framework), has submitted various patches, and has helped with the CakePHP documentation.

Michael is a back-end developer with fifteen years of experience. He brings a great balance of technical and business expertise to the table. His framework of choice is Laravel and he is an experienced engineer. Michael has worked on large-scale back-end projects, including large accounting software systems, eCommerce websites, and large order management systems.