The Six Commandments of Good Code: Write Code That Stands the Test of Time

Zachary Goldberg
A former engineering lead at Google and Entrepreneur in Residence at Tencent, Zachary is a seasoned professional with C-level experience.
SHARE

Humans have only been grappling with the art and science of computer programming for roughly half a century. Compared to most arts and sciences, computer science is in many ways still just a toddler, walking into walls, tripping over its own feet, and occasionally throwing food across the table.

As a consequence of its relative youth, I don’t believe we have a consensus yet on what a proper definition of “good code” is, as that definition continues to evolve. Some will say “good code” is code with 100% test coverage. Others will say it’s super fast and has a killer performance and will run acceptably on 10-year-old hardware.

While these are all laudable goals for software developers, however I venture to throw another target into the mix: maintainability. Specifically, “good code” is code that is easily and readily maintainable by an organization (not just by its author!) and will live for longer than just the sprint it was written in. The following are some things I’ve discovered in my career as an engineer at big companies and small, in the USA and abroad, that seem to correlate with maintainable, “good” software. 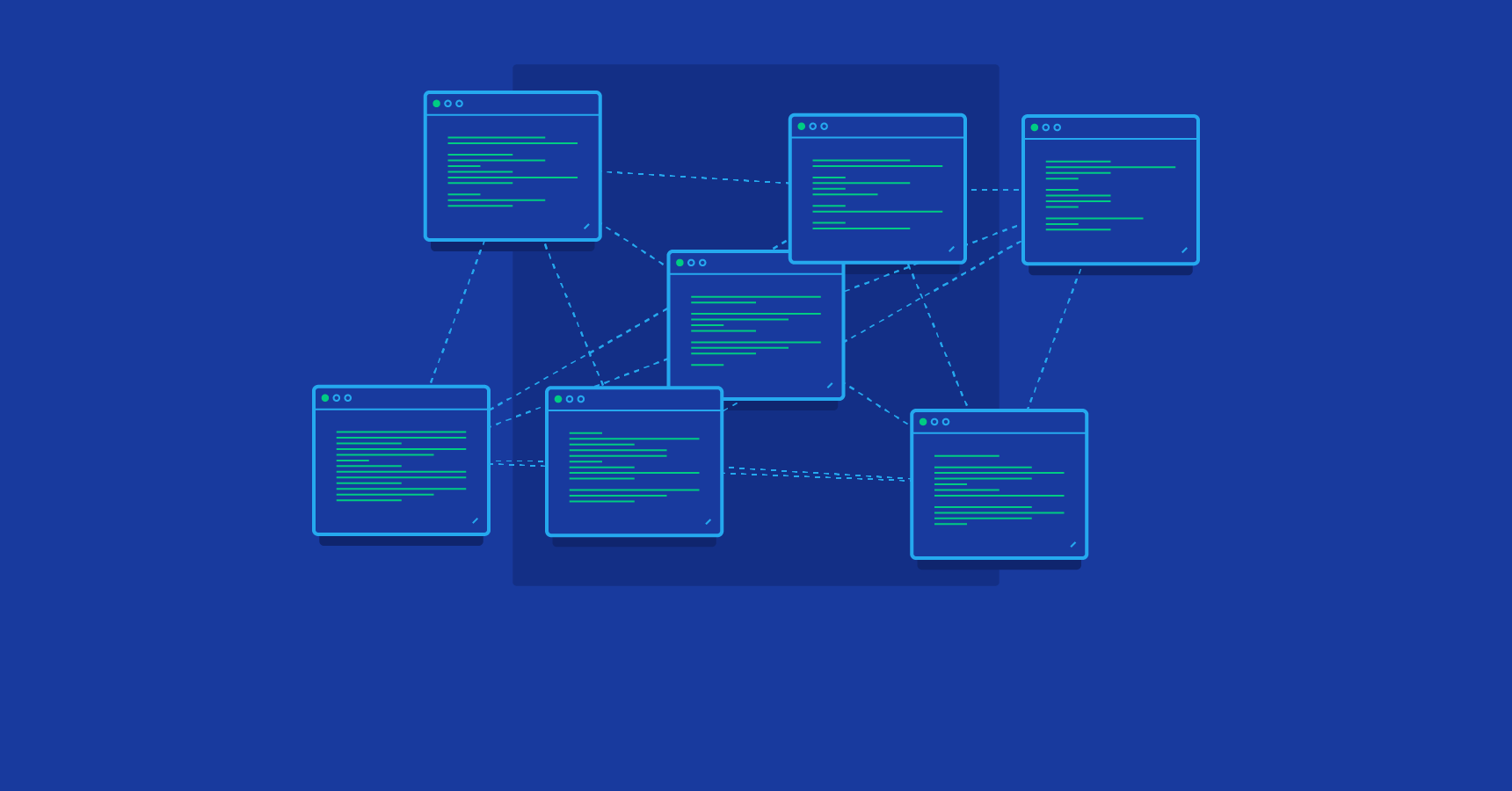 Commandment #1: Treat Your Code the Way You Want Other’s Code to Treat You

I’m far from the first person to write that the primary audience for your code is not the compiler/computer, but whoever next has to read, understand, maintain, and enhance the code (which will not necessarily be you six months from now). Any engineer worth their pay can produce code that “works”; what distinguishes a superb engineer is that they can write maintainable code efficiently that supports a business long term and have the skill to solve problems simply and in a clear and maintainable way.

An example of a language that by many is considered “clean” and readable is Python. The language itself enforces some level of white space discipline and the built in APIs are plentiful and fairly consistent. That said, it’s possible to create unspeakable monsters. For example, one can define a class and define/redefine/undefine any and every method on that class during runtime (often referred to as monkey patching). This technique naturally leads to at best an inconsistent API and at worst an impossible to debug monster. One might naively think,”sure, but nobody does that!” Unfortunately they do, and it doesn’t take long browsing pypi before you run into substantial (and popular!) libraries that (ab)use monkey patching extensively as the core of their APIs. I recently used a networking library whose entire API changes depending on the network state of an object. Imagine, for example, calling client.connect() and sometimes getting a MethodDoesNotExist error instead of HostNotFound or NetworkUnavailable.

Commandment #2: Good Code Is Easily Read and Understood, in Part and in Whole

Good code is easily read and understood, in part and in whole, by others (as well as by the author in the future, trying to avoid the “Did I really write that?” syndrome).

By “in part” I mean that, if I open up some module or function in the code, I should be able to understand what it does without having to also read the entire rest of the codebase. It should be as intuitive and self-documenting as possible.

Code that constantly references minute details that affect behavior from other (seemingly irrelevant) portions of the codebase is like reading a book where you have to reference the footnotes or an appendix at the end of every sentence. You’d never get through the first page!

Some other thoughts on “local” readability:

State is the enemy. Why? Because it is the single most complex part of any application and needs to be dealt with very deliberately and thoughtfully. Common problems include database inconsistencies, partial UI updates where new data isn’t reflected everywhere, out of order operations, or just mind numbingly complex code with if statements and branches everywhere leading to difficult to read and even harder to maintain code. Putting state on a pedestal to be treated with great care, and being extremely consistent and deliberate with regard to how state is accessed and modified, dramatically simplifies your codebase. Some languages (Haskell for example) enforce this at a programmatic and syntactic level. You’d be amazed how much the clarity of your codebase can improve if you have libraries of pure functions that access no external state, and then a small surface area of stateful code which references the outside pure functionality.

Commandment #4: Good Code Doesn’t Reinvent the Wheel, It Stands on the Shoulders of Giants 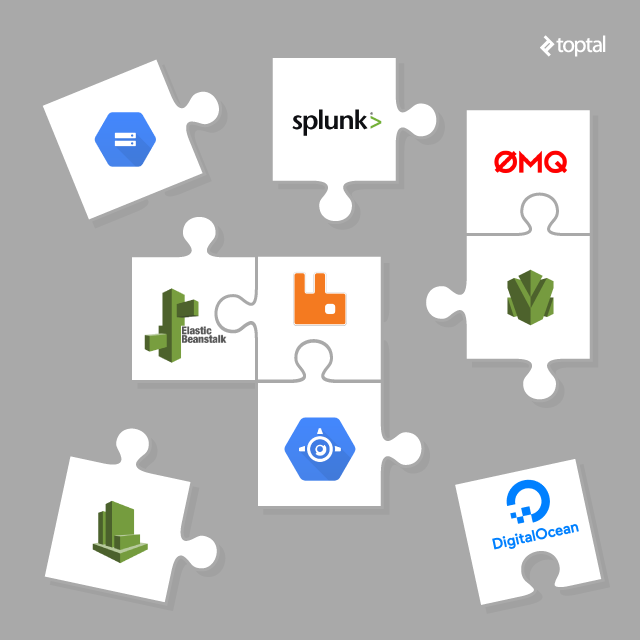 That said, a completely reasonable counter-argument is that dependencies don’t come for “free” without any downside. By using a 3rd party or open source library that adds some interesting functionality, you are making the commitment to, and becoming dependent upon, that library. That’s a big commitment; if it’s a giant library and you only need a small bit of functionality do you really want the burden of updating the whole library if you upgrade, for example, to Python 3.x? And moreover, if you encounter a bug or want to enhance the functionality, you’re either dependent on the author (or vendor) to supply the fix or enhancement, or, if it’s open source, find yourself in the position of exploring a (potentially substantial) codebase you’re completely unfamiliar with trying to fix or modify an obscure bit of functionality.

Certainly the more well used the code you’re dependent upon is, the less likely you’ll have to invest time yourself into maintenance. The bottom line is that it’s worthwhile for you to do your own research and make your own evaluation of whether or not to include outside technology and how much maintenance that particular technology will add to your stack.

Below are some of the more common examples of things you should probably not be reinventing in the modern age in your project (unless these ARE your projects).

Figure out which of CAP you need for your project, then chose the database with the right properties. Database doesn’t just mean MySQL anymore, you can chose from:

You should, in most circumstances, not be writing raw queries to whatever database you happen to chose to use. More likely than not, there exists a library to sit in between the DB and your application code, separating the concerns of managing concurrent database sessions and details of the schema from your main code. At the very least, you should never have raw queries or SQL inline in the middle of your application code. Rather, wrap it in a function and centralize all the functions in a file called something really obvious (e.g., “queries.py”). A line like users = load_users() , for example, is infinitely easier to read than users = db.query(“SELECT username, foo, bar from users LIMIT 10 ORDER BY ID”). This type of centralization also makes it much easier to have consistent style in your queries, and limits the number of places to go to change the queries should the schema change.

Other Common Libraries and Tools to Consider Leveraging

There are many good models for programming design, pub/sub, actors, MVC etc. Choose whichever you like best, and stick to it. Different kinds of logic dealing with different kinds of data should be physically isolated in the codebase (again, this separation of concerns concept and reducing cognitive load on the future-reader). The code which updates your UI should be physically distinct from the code that calculates what goes into the UI, for example.

Commandment #6: When Possible, Let the Computer Do the Work

If the compiler can catch logical errors in your code and prevent either bad behavior, bugs, or outright crashes, we absolutely should take advantage of that. Of course, some languages have compilers that make this easier than others. Haskell, for example, has a famously strict compiler that results in programmers spending most of their effort just getting code to compile. Once it compiles though, “it just works”. For those of you who’ve either never written in a strongly typed functional language this may seem ridiculous or impossible, but don’t take my word for it. Seriously, click on some of these links, it’s absolutely possible to live in a world without runtime errors. And it really is that magical.

Admittedly, not every language has a compiler or a syntax that lends itself to much (or in some cases any!) compile-time checking. For those that don’t, take a few minutes to research what optional strictness checks you can enable in your project and evaluate if they make sense for you. A short, non-comprehensive list of some common ones I’ve used lately for languages with lenient runtimes include:

This is by no means an exhaustive or the perfect list of commandments for producing “good” (i.e., easily maintainable) code. That said, if every codebase I ever had to pick up in the future followed even half of the concepts in this list, I will have many fewer gray hairs and might even be able to add an extra five years on the end of my life. And I’ll certainly find work more enjoyable and less stressful.

Zach Goldberg is an experienced technical entrepreneur, having recently served as the CTO of Lottery.com, an entrepreneur in residence at Tencent, the CEO/CTO of three of his own startups, and many others. Zach is passionate about using technology to improve the human condition, and has served as a consultant to over a dozen tech startups. Zach also has a private pilot's license, races sports cars, and is an expert at Kerbal Space Program.