Microsoft recently became the latest big name to officially associate with Bitcoin, the decentralized virtual currency. However, the Redmond company did not go all out, and will only support bitcoin payments on certain content platforms, making up a tiny fraction of its business.

What’s the Big Deal With Bitcoin?

Like most good stories, the Bitcoin saga begins with a creation myth. The open-source cryptocurrency protocol was published in 2009 by Satoshi Nakamoto, an anonymous developer (or group of Bitcoin developers) hiding behind this alias. The true identity of Satoshi Nakamoto has not been revealed yet, although the concept traces its roots back to the cypher-punk movement; and there’s no shortage of speculative theories across the web regarding Satoshi’s identity.

Bitcoin spent the next few years languishing, viewed as nothing more than another internet curiosity reserved for geeks and crypto-enthusiasts. Bitcoin eventually gained traction within several crowds. The different groups had little to nothing in common – ranging from the gathering fans, to black hat hackers, anarchists, libertarians, and darknet drug dealers; and eventually became accepted by legitimate entrepreneurs and major brands like Dell, Microsoft, and Newegg.

While it is usually described as a “cryptocurrency,” “digital currency,” or “virtual currency” with no intrinsic value, Bitcoin is a little more than that.

Bitcoin is a technology, and therein lies its potential value.
Tweet

This is why we won’t waste much time on the basics – the bitcoin protocol, proof-of-work, the economics of bitcoin “mining,” or the way the bitcoin network functions. Plenty of resources are available online, and implementing support for bitcoin payments is easily within the realm of the smallest app developer, let alone heavyweights like Microsoft. 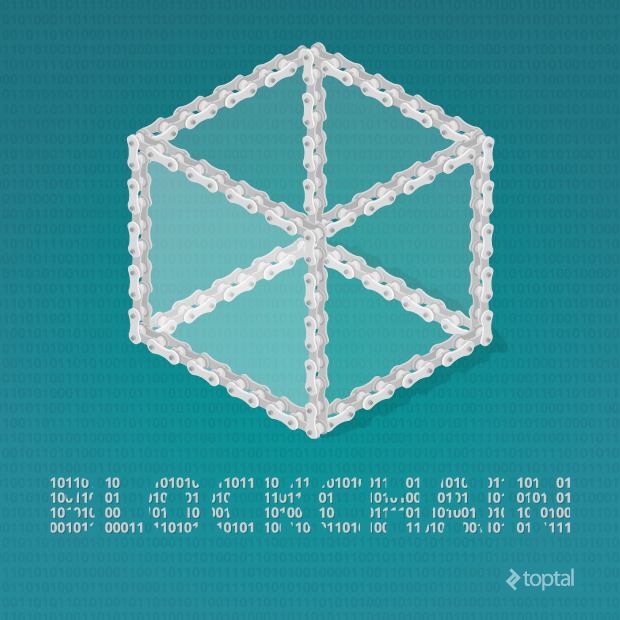 Looking Beyond The Hype - Into The Blockchain

So what is blockchain? Bitcoin blockchain is the technology backbone of the network and provides a tamper-proof data structure, providing a shared public ledger open to all. The mathematics involved are impressive, and the use of specialized hardware to construct this vast chain of cryptographic data renders it practically impossible to replicate.

All confirmed transactions are embedded in the bitcoin blockchain. Use of SHA-256 cryptography ensures the integrity of the blockchain applications – all transactions must be signed using a private key or seed, which prevents third parties from tampering with it. Transactions are confirmed by the network within 10 minutes or so and this process is handled by bitcoin miners. Mining is used to confirm transactions through a shared consensus system, and usually requires several independent confirmations for the transaction to go through. This process guarantees random distribution and makes tampering very difficult. 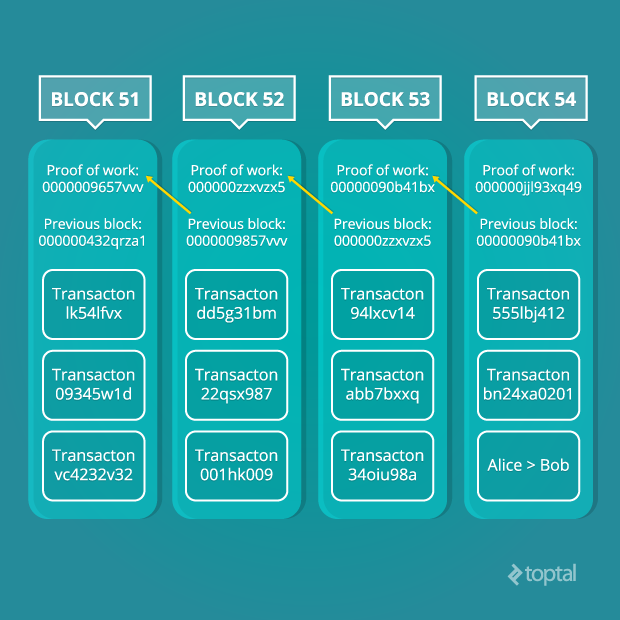 While it is theoretically possible to compromise or hijack the network through a so-called 51% attack the sheer size of the network and resources needed to pull off such an attack make it practically infeasible. Unlike many bitcoin-based businesses, the blockchain network has proven very resilient. This is the result of a number of factors, mainly including a large investment in the bitcoin mining industry.

Blockchain technology works, plainly and simply, even in its bitcoin incarnation. A cryptographic blockchain could be used to digitally sign sensitive information, and decentralize trust; along with being used to develop smart contracts and escrow services, tokenization, authentication, and much more. Blockchain technology has countless potential applications, but that’s the problem – the potential has yet to be realized. Accepting bitcoin payments for Xbox in-game content or a notebook battery doesn’t even come close.

So what about that potential? Is anyone taking blockchain technology seriously? What about blockchain development services?

Welcome To The Wild-Wild West

Throw an unregulated, pseudo-anonymous currency into the mix and you have the qualifications for a proper gold rush, backed by speculators and venture capitalists. Selling shovels is the best way to make money in a gold rush, and the bitcoin mining industry has that aspect covered too. It all sounds a bit like a “Wild West Boomtown”, with trigger-happy whisky guzzling outlaws on the prowl for a quick buck - certainly not an environment for the faint of heart.

So what on earth are Paul from IBM and Dominic from Bosch doing in the saloon, dressed like Marty McFly in Back to the Future III?

It’s simple – they are both getting a head start!

Both, Bosch and IBM, are looking into ways of harnessing blockchain technology as part of their Internet-of-Things (IoT) development programs. They are not alone either - remember Microsoft? A few days after Microsoft made its original bitcoin announcement, the company said it was also interested in the technology behind bitcoin for distributed, connected devices (or IoT devices).

Samsung is on board as well, and the Korean consumer electronics giant showed off blockchain tech at CES 2015, alongside IBM.

Samsung and IBM demo out Block-Chain POC. It's lives at #CES pic.twitter.com/2lsgAaRk33

Forbes recently looked into the matter and made a bold prediction – the business magazine concluded that based on how blockchain technology works, it would likely break free from bitcoin to power distributed apps sometime this year.

In fact, many bitcoin developers are already working on so-called bitcoin 2.0 or bitcoin 3.0 projects. These often have little to do with the original concept, although they usually use some sort of token currency. Ethereum is one example – it is built around blockchain technology, but the emphasis is on smart contracts rather than surrogate currencies. IBM and Samsung are employing Ethereum for their IoT projects. Some of the same people involved in Ethereum development are working on another project, dubbed Storj, a fully distributed peer-to-peer cloud storage network with end-to-end encryption.

Related: Blockchain, IoT, and the Future of Transportation: Understanding the Motoro Coin

There are already thousands of developers and dozens of companies experimenting with blockchain applications, but we have yet to see large scale projects built around blockchain technology that are not bitcoin or “altcoin” related. IoT could bring blockchain technology to the masses. Research firm IDC expects the user base to grow at a compound annual growth rate (CAGR) of 17.5% this decade, with up to 28.1 billion IoT devices in the wild by 2020, and revenue passing the $7 trillion mark the same year.

The technology is out there, it works, it’s free, and a lot of smart people are tinkering with it. However, so far these alternate blockchain applications have ranged from practical jokes to small experimental projects. The fledgling technology is still in its infancy, and this is to be expected.

The potential is more or less obvious. Decentralizing trust is a big thing, allowing the creation of vast, secure networks without a single point of failure. You can think of them as an additional layer of the internet, a layer that can be used for authentication, signage, secure communications and content distribution, financial transactions and much more.

Blockchain technology could allow developers a simple way of outsourcing security. For example, instead of creating secure IoT devices and networks, much of the heavy lifting could be effectively offloaded to the blockchain, freeing up resources on the client’s side and speeding up development.

The elusive goal for all blockchain developers is to make the technology just as seamless and unobtrusive as internet protocols. For example, how many people realize they are using TCP/IP every time they start browsing the net? This is the ultimate goal - to make the use of blockchain technology invisible to the end user. Blockchain technology can become yet another layer added to various products and services in order to provide more functionality and security, while saving resources and developer man-hours.

As a veteran tech writer, Nermin helped create online publications covering everything from the semiconductor industry to cryptocurrency.

Alexane johnson
Awesome blog and really inforamative content i want to learn about this from last some days and if someone want to know more about cryptocurrency so go to the cryptoknowmics.
Bits N' Blocks
Blockchain has lots of applications, cryptocurrency being one. In India, people shy from crypto because of apathatic regulatory behaviour. But the biggest problem arises when people start thinking bitcoin is blockchain and blockchain is bitcoin. I write on this subject, specifically on the <a href="https://bitsnblocks.co/blockchain-applications/">blockchain application</a>.
Manju Gupta
Very Impressive Blockchain tutorial. The content seems to be pretty exhaustive and excellent and will definitely help in learning Blockchain course. I'm also a learner taken up Blockchain training and I think your content has cleared some concepts of mine. While browsing for Blockchain tutorials on YouTube i found this fantastic video on Blockchain. Do check it out if you are interested to know more.:- https://www.youtube.com/watch?v=HFpSSwJYKUs&
Alvard Kharatyan
Crypto Trading View: Risks & Advantages http://cryptodetail.com/what-cryptocurrency-trading-how-trade-cryptocurrencies
Jim
Hi I want to learn program using blockchains. Can anyone point me and guide me what I should learn? Thanks
punchyreviews.com
Excellent article you write in here about Block chain Technology and i know most of the science educators are found more information from here. So i also like this technology support about this.
Ayman van Bregt
Great explanation on what the blockchain is. Maybe this article gives some more insight too, the video was very clear: https://goo.gl/GVbE9k
Brekmister
Now...lets what happens when a EMP hits.
VC
Never mind, I got that.
VC
Never mind; I got that.
VC
Am sorry, but why can't it be 9657 in the first place ? Note - I have no idea on the internals of block chain while I went through many articles that give a high level overview. Thanks in advance
Allard Keeley
Glad to see someone else noticed that. And they still haven't fixed it 7 mo's later. Too busy I guess.
disqus_QZX8ENhLyb
Block 51 has an error in its Proof of work number. It shudder read 0000009857 vice 0000009657
JamesNW
A scam of the milinium and it keeps going and going.
Dogecoin
TO THE MOON!
comments powered by Disqus