Toptal sourced essential questions that the best blockchain developers can answer. Driven from our community, we encourage experts to submit questions and offer feedback.

How are transactions and blocks encrypted in the Bitcoin implementation?

Bitcoin blocks are not encrypted in any way: Every block is public. What prevents modifications and guarantees data integrity is a value called the block hash. Block content is processed using a special hash function—in the case of Bitcoin, it’s SHA256—and the resulting value is included in the blockchain.

Explain why a blockchain needs tokens to operate.

Coins/tokens are used to implement changes between states. When somebody does a transaction, this is a change of state, and coins are moved from one address to another. Apart from that, transactions can contain additional data, and a change of state is used to mutate data—the only way to do this in an immutable-by-definition blockchain. Technically, a blockchain doesn’t need coins for its essential operations, but without them, some other way needs to be introduced to manage states of the chain and to verify transactions.

How does peer discovery work in a peer-to-peer (P2P) network?

When a new node boots up, it doesn’t know anything about the network, because there is no central server. Usually developers provide a list of trusted nodes written directly into the code that can be used for initial peer discovery.

How do verifiers check if a block is valid?

Every full node on the network does block verification. When a new block is announced, every node that receives it does a list of checks. The two most important checks are of proof of work (if a block provides enough work to be included into chain) and of the validity of all transactions (each transaction must be valid).

What is a scriptPubKey? Explain how a P2SH address can be spent.

A scriptPubKey is a so-called “locking script.” It’s found in transaction output and is the encumbrance that must be fulfilled to spend the output.

P2SH is a special type of address where the complex locking script is replaced with its hash. When a transaction attempting to spend the output is presented later, it must contain the script that matches the hash, in addition to the unlocking script.

Using Script, write a redeem script that will allow a user to spend the output only when the user knows the magic number 1234567.

Using Script, write a redeem script that will allow anyone to spend the output once it has aged for a minimum of 30 days.

What is a trapdoor function, and why is it needed in blockchain development?

Mining is the process of reaching consensus in blockchain networks. Mining serves two purposes. First, it creates new coins in a generated block. Second, it includes transactions in a distributed ledger by providing proof of work to the network; that is, proof that the generated block is valid.

What is a chain fork?

Blocks in the ledger are included in such a way as to build the longest chain, i.e., the chain with the greatest cumulative difficulty. Forking is a situation where there are two candidate blocks competing to form the longest blockchain and two miners discover a solution to the proof-of-work problem within a short period of time from each other. The network is then divided, because some nodes get blocks from miner #1 and some from miner #2.

A fork usually gets resolved in one block, because the probability that this situation happens again gets extremely lower with the next blocks that arise, so soon there is a new longest chain that will be considered as main.

(Note: This type of fork is distinct from a hard fork, which is where some developers decide to create a backward-incompatible change to the blockchain protocol, resulting in two forever-distinct blockchains.)

Our Exclusive Network of Blockchain Developers

Looking to land a job as a Blockchain Developer?

Apply as a Blockchain Developer 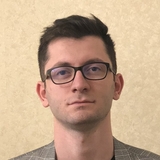 Coming from an Olympic background, Shota always enjoyed exciting and complex challenges. For years, he focused on learning algorithms, understanding data structures, and solving genuinely complicated problems. With years of experience in C++, C, Go, PHP, and JavaScript, Shota is looking forward to building and delivering outstanding solutions for your projects. 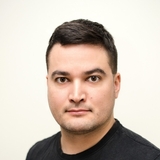 Boris has worked as a DevOps, SRE, and back-end software development engineer. He has a scientific mindset and 15 years of experience working with global startups. At Skype, Boris supported explosive growth while serving multiple roles like site reliability engineer, DevOps, and DBA. At Naga Group AG, Boris delivered scalable and secure trading infrastructure able to support a successful IPO and ICO for this fledgling fintech startup. Nathan is a Cloud Architect, DevOps, back end, and data engineer with over ten years of experience in top Silicon Valley companies such as Google, LinkedIn, and startups. More recently he was the CTO of Tint.ai, where he built from scratch a fully automated, serverless, machine learning platform and inference API on AWS in Python. He is AWS certified and available for back-end development, DevOps, and Cloud architecture projects.