Toptal sourced essential questions that the best C developers and engineers can answer. Driven from our community, we encourage experts to submit questions and offer feedback.

A void pointer is a pointer that can be used to point to any data of any arbitrary type. A void pointer can be dereferenced only after explicit casting. For example:

Dangling pointers are those that point to memory locations which have already been freed. For example:

Memory leaks are quite the opposite of dangling pointers. Memory leaks happen when memory locations are not freed, but there is no way to refer to them (i.e., no pointers are pointing to them).

Unlike higher-level languages with garbage collectors, it is critical to always keep track of allocated memory when programming in C.

What is being declared in the following statement?

The statement above declares x as a pointer to a function that takes a single character-pointer argument, and returns a character.

What will be the output when the following code is executed? Explain.

The answer is infact undefined, and depends on the compiler being used. Some compilers will result in 16 and 20, while others will produce 16 and 25.

The evaluation of the pre-increment operation ++x is where the undefined behavior in C comes in. With some compilers, the macro will reduce to (4)*(5), while in other cases, it will be evaluated as (5)*(5).

This article discusses this behavior further.

Why is it usually a bad idea to use gets()? Suggest a workaround.

The function gets() reads characters from the stdin and stores them at the provided input buffer. However, gets() will keep reading until it encounters a newline character. Unless the buffer is large enough, or the length of the line being read is known ahead of time, gets() can potentially overflow the input buffer and start overwriting memory it is not supposed to, wreaking havoc or opening security vulnerabilities.

One way to work around this issue is to use fgets(). It allows you to put a limit on the maximum number of characters to read:

What is the difference between structs and unions?

A struct is a complex data type that allows multiple variables to be stored in a group at a named block of memory. Each member variable of a struct can store different data, and they all can be used at once.

For example, you may store an integer in x, and and a character in y above, independent of each other.

A union, on the other hand, stores the contents of any member variable at the exact same memory location. This allows the storage of different types of data at the same memory location. The result is that assigning a value to one member will change the value of all the other members. Unlike struct, only one member of the union type is likely to be useful at any given time.

For example, storing a character in y may automatically change the integer you read from x to something meaningless or unpredictable.

This code snippet converts a floating point number to an integer using casting:

The following output is produced:

Can you explain why results differ?

The first casting operation properly converts from a floating point number to an integer, as specified by the C standard. The second conversion, however, is first casting a float pointer to an integer pointer which is then dereferenced to get the final result. This way the compiler is effectively treating raw bits from a float (typically stored in IEEE floating point format) as if they were bits of an integer. Besides getting a wrong result you are potentially doing a “bad read” operation, in cases where sizeof(int) is greater than sizeof(float) (e.g. on some 64-bit architectures).

Although this particular code is unlikely, it demonstrates one of the risks involved in typecasting when only a pointer to the variable to be cast is available. In practice, the pointer must be dereferenced before it is cast.

What is the output of the following program if run on a 32-bit operating system?

In a 32 bit operating system, integers are stored as 4 bytes.

Since a is negative, it will be stored in 2’s complement. When an integer is negative and we want to right shift by “n” bits, we need to prepend ones (not zeros!) to the left hand side. The answer would therefore be 0xFFFF (%x prints out value in hex). 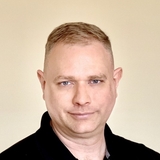 Byron has 22 years of experience in highly technical algorithm development. He has a Ph.D. in electrical engineering and a wealth of experience in artificial intelligence, machine learning, and video/image processing. Toptal has credited Byron with specializations in AI and data science. In addition to his scientific and engineering expertise, Byron is an iOS app developer with experience in Core/Create/ComputeML and Metal APIs. 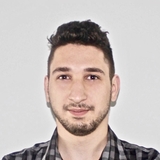 With a bachelor's degree in computer science and math and a master's in computer engineering, Guri possesses a solid academic background along with several years of experience, working on complex projects on embedded devices. Moreover, he has a strong understanding of the fundamentals of AI and image processing. Guri joined Toptal because he's passionate about working on substantial projects that affect real life. 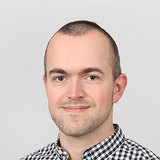 Lyubomir is very passionate about solving complex software development problems. He has a strong interest and proven experience in game development and computer graphics in addition to business applications. He's a fast learner and can quickly adapt to new technologies.