Toptal sourced essential questions that the best system security developers can answer. Driven from our community, we encourage experts to submit questions and offer feedback.

What is a pentest?

“Pentest” is short for “penetration test”, and involves having a trusted security expert attack a system for the purpose of discovering, and repairing, security vulnerabilities before malicious attackers can exploit them. This is a critical procedure for securing a system, as the alternative method for discovering vulnerabilities is to wait for unknown agents to exploit them. By this time it is, of course, too late to do anything about them.

In order to keep a system secure, it is advisable to conduct a pentest on a regular basis, especially when new technology is added to the stack, or vulnerabilities are exposed in your current stack.

What is social engineering?

“Social engineering” refers to the use of humans as an attack vector to compromise a system. It involves fooling or otherwise manipulating human personnel into revealing information or performing actions on the attacker’s behalf. Social engineering is known to be a very effective attack strategy, since even the strongest security system can be compromised by a single poor decision. In some cases, highly secure systems that cannot be penetrated by computer or cryptographic means, can be compromised by simply calling a member of the target organization on the phone and impersonating a colleague or IT professional.

Common social engineering techniques include phishing, clickjacking, and baiting, although several other tricks are at an attacker’s disposal. Baiting with foreign USB drives was famously used to introduce the Stuxnet worm into Iran’s uranium enrichment facilities, damaging the nation’s ability to produce nuclear material.

You find PHP queries overtly in the URL, such as /index.php=?page=userID. What would you then be looking to test?

This is an ideal situation for injection and querying. If we know that the server is using a database such as SQL with a PHP controller, it becomes quite easy. We would be looking to test how the server reacts to multiple different types of requests, and what it throws back, looking for anomalies and errors.

One example could be code injection. If the server is not using authentication and evaluating each user, one could simply try /index.php?arg=1;system(‘id’) and see if the host returns unintended data.

You find yourself in an airport in the depths of of a foreign superpower. You’re out of mobile broadband and don’t trust the WI-FI. What do you do? Further, what are the potential threats from open WI-FIs?

Ideally you want all of your data to pass through an encrypted connection. This would usually entail tunneling via SSH into whatever outside service you need, over a virtual private network (VPN). Otherwise, you’re vulnerable to all manner of attacks, from man-in-the-middle, to captive portals exploitation, and so on.

What does it mean for a machine to have an “air gap”? Why are air gapped machines important?

An air gapped machine is simply one that cannot connect to any outside agents. From the highest level being the internet, to the lowest being an intranet or even bluetooth.

Air gapped machines are isolated from other computers, and are important for storing sensitive data or carrying out critical tasks that should be immune from outside interference. For example, a nuclear power plant should be operated from computers that are behind a full air gap. For the most part, real world air gapped computers are usually connected to some form of intranet in order to make data transfer and process execution easier. However, every connection increases the risk that outside actors will be able to penetrate the system.

You’re tasked with setting up an email encryption system for certain employees of a company. What’s the first thing you should be doing to set them up? How would you distribute the keys?

The first task is to do a full clean and make sure that the employees’ machines aren’t compromised in any way. This would usually involve something along the lines of a selective backup. One would take only the very necessary files from one computer and copy them to a clean replica of the new host. We give the replica an internet connection and watch for any suspicious outgoing or incoming activity. Then one would perform a full secure erase on the employee’s original machine, to delete everything right down to the last data tick, before finally restoring the backed up files.

The keys should then be given out by transferring them over wire through a machine or device with no other connections, importing any necessary .p7s email certificate files into a trusted email client, then securely deleting any trace of the certificate on the originating computer.

The first step, cleaning the computers, may seem long and laborious. Theoretically, if you are 100% certain that the machine is in no way affected by any malicious scripts, then of course there is no need for such a process. However in most cases, you’ll never know this for sure, and if any machine has been backdoored in any kind of way, this will usually mean that setting up secure email will be done in vain.

You manage to capture email packets from a sender that are encrypted through Pretty Good Privacy (PGP). What are the most viable options to circumvent this?

First, one should be considering whether to even attempt circumventing the encryption directly. Decryption is nearly impossible here unless you already happen to have the private key. Without this, your computer will be spending multiple lifetimes trying to decrypt a 2048-bit key. It’s likely far easier to simply compromise an end node (i.e. the sender or receiver). This could involve phishing, exploiting the sending host to try and uncover the private key, or compromising the receiver to be able to view the emails as plain text.

What makes a script fully undetectable (FUD) to antivirus software? How would you go about writing a FUD script?

A script is FUD to an antivirus when it can infect a target machine and operate without being noticed on that machine by that AV. This usually entails a script that is simple, small, and precise

To know how to write a FUD script, one must understand what the targeted antivirus is actually looking for. If the script contains events such as Hook_Keyboard(), File_Delete(), or File_Copy(), it’s very likely it wil be picked up by antivirus scanners, so these events are not used. Further, FUD scripts will often mask function names with common names used in the industry, rather than naming them things like fToPwn1337(). A talented attacker might even break up his or her files into smaller chunks, and then hex edit each individual file, thereby making it even more unlikely to be detected.

As antivirus software becomes more and more sophisticated, attackers become more sophisticated in response. Antivirus software such as McAfee is much harder to fool now than it was 10 years ago. However, there are talented hackers everywhere who are more than capable of writing fully undetectable scripts, and who will continue to do so. Virus protection is very much a cat and mouse game.

What is a “Man-in-the-Middle” attack?

A man-in-the-middle attack is one in which the attacker secretly relays and possibly alters the communication between two parties who believe they are directly communicating with each other. One example is active eavesdropping, in which the attacker makes independent connections with the victims and relays messages between them to make them believe they are talking directly to each other over a private connection, when in fact the entire conversation is controlled by the attacker, who even has the ability to modify the content of each message. Often abbreviated to MITM, MitM, or MITMA, and sometimes referred to as a session hijacking attack, it has a strong chance of success if the attacker can impersonate each party to the satisfaction of the other. MITM attacks pose a serious threat to online security because they give the attacker the ability to capture and manipulate sensitive information in real-time while posing as a trusted party during transactions, conversations, and the transfer of data. This is straightforward in many circumstances; for example, an attacker within reception range of an unencrypted WiFi access point, can insert himself as a man-in-the-middle.

Looking to land a job as a System Security Developer?

Apply as a System Security Developer 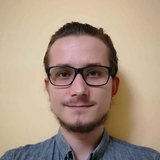 Nick is a site reliability engineer who uses the best practices out there to enhance an app's DevOps lifecycle. He can automate everything from the code to testing, the release management, deployment, operations, monitoring, and CI/CD pipelines. He's also good at bringing your entire app stack into a nice Docker stack managed by either Compose, Swarm, or Kubernetes. Nick also worked as a developer with C#, Node.js, PHP, Python, among others. 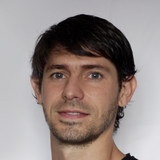 Rogelio is a versatile, positive, and self-motivated full-stack engineer with over twelve years of work experience in many programming languages, frameworks, and platforms. He enjoys taking on new challenges and constantly strives to learn new skills. 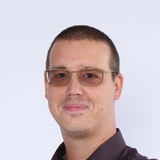 Ivan has over 12 years of professional hands-on experience using a wide range of Microsoft technologies, mainly on enterprise web applications, security, internet, and serverless functions. His previous position was in a private company working as a senior .NET full-stack developer, software architect, and team leader. He has worked primarily on large-scale projects. Ivan has been working with Toptal clients since 2015.