Toptal sourced essential questions that the best Vue.js developers and engineers can answer. Driven from our community, we encourage experts to submit questions and offer feedback.

Explain the difference between slots and scoped slots.

A slot is a placeholder in a child component that is filled with content passed from the parent. Content of a regular slot is compiled in the parent’s scope and then passed to the child component.

Thus you can’t use child component properties in a slot’s content. But scoped slots allow you to pass child component data to the parent scope and then use that data in slot content.

All properties defined in a Vue instance’s data option are reactive, meaning that if they change, the component is automatically updated and re-rendered as needed.

All such properties are converted to getters and setters during initialization, thus allowing Vue to detect when those properties are accessed or changed.

The following limitations must be accounted for when designing a Vue app:

What are mixins? Describe their benefits and drawbacks.

Mixin support is a feature that allows code reuse between components in a Vue.js application and a software composition tool.

Mixins help with following the DRY (don’t repeat yourself) principle. A mixin can even be applied globally to every component instance. In that case, it’s called a global mixin.

Mixins are a powerful tool, but some caution is needed while using them. As with all injected code, we should be careful to avoid maintenance issues and unexpected behavior.

It helps to implement mixins using pure functions that don’t modify anything outside their own scope.

Global mixins should be avoided, as affecting every single component can lead to maintenance issues as an application grows. Injecting specific mixins to components as needed leads to more maintainable code.

Apply as a Freelancer
4.

What is a single-file component?

A single-file component is a file with a .vue extension that contains a Vue component. It contains the component’s template, logic, and styles all bundled together in one file. It consists of one <script> block, optional <template> and <style> blocks, and possible additional custom blocks.

To use one, you need to set up Vue Loader for parsing the file (usually done as part of a webpack building pipeline). But this then also supports using non-default languages such as Sass or HTML templating languages with pluggable pre-processors.

Describe data flow between components in a Vue.js app.

Vue.js uses what’s called a one-way data flow. Data is passed to child components from a given parent component using a prop or a custom attribute that becomes a property on the child component instance.

List the most common cause of memory leaks in Vue.js apps and how they can be solved.

Memory leaks in Vue.js applications often come from using third-party libraries that create their own instances and/or manipulate the DOM. The v-if directive and the Vue Router destroy Vue component instances; however, cleaning up after any third party library should be done manually in the beforeDestroy() lifecycle hook.

For example, let’s say we use a fictional library, PowerGraph.js, inside our component. It creates a graph instance that displays some data on the page:

We need to call the graph instance’s destroy() method if it’s provided or implement our own cleanup method:

If cleanup is not done before our component gets destroyed, then that memory is never going to be released. Hence, a memory leak.

What is the virtual DOM and how is it beneficial?

The virtual DOM is a tree-like data structure (or a collection) of JavaScript objects representing DOM nodes that are managed by Vue.js and that should be rendered on the page. These objects are called “virtual nodes” or VNodes for short.

The main purpose of the virtual DOM is faster and more efficient DOM manipulation. When there are lots of nodes in the DOM, updating them can be expensive in terms of processing power and resources required.

Consider the following code (index.html is omitted for brevity.) What is it going to output in the browser? Please mention any notable console output as well.

A Boolean prop works as boolean attribute in HTML. If a boolean prop is present and has no value (<MockComponent showMe/>), or is equal to the empty string (as in this example) or its own name in kebab case, its value is true. Therefore this example will output This is a test component in the browser, and no error messages in the console.

Bonus points for mentioning that required doesn’t make much sense here, as omitting this prop (i.e. <MockComponent/>) is the proper way of setting its value to false.

Consider the following code (index.html is omitted for brevity). What is it going to output in the console?

When the watcher runs immediately it uses the initial value, an empty string. The watcher isn’t triggered when beforeCreate is fired, as reactivity hasn’t been initialized yet. Watchers are destroyed before beforeDestroy is called.

Why would you choose Vue.js over other front-end frameworks?

When a developer chooses a tech stack they should display an understanding of the pros and cons of alternative solutions. Vue.js should be compared with the most popular front-end frameworks, React and Angular.

All three frameworks display similar performance. No significant difference here. However, Angular apps with the same base features and functionality have a larger compiled size than two other frameworks.

React is widely considered to have a steep learning curve. Developers need to learn JSX, ES6, and a build system (like webpack) before they can be productive with React. Create React App assumes that you are building a single-page app thus adopting React for other scenarios would require extra learning time.

Angular effectively requires knowing TypeScript to get started with it. Angular framework design targets building enterprise-scale applications and is quite complex. Developers need to familiarize themselves with an extensive framework API and its concepts before starting to be productive.

One design goal of Vue.js was for it to be incrementally adoptable. This means you can drop it into legacy projects and start using it without rebuilding the whole app from the ground up. Vue.js uses core web technologies that web developers are already familiar with: HTML, CSS, and plain JavaScript (ES5). Using build tools is not required: You can include Vue with just a <script> tag.

React and Angular were developed by Facebook and Google, respectively, so they have been enterprise-grade frameworks from the start. While Vue.js started as a one-man project, it’s come a long way since then, attracting a large number of supporters and developers—its core team now has more than 20 developers.

More to the point, Vue.js has been adopted by a number of companies including the likes of Adobe and Alibaba.

Thus, all three frameworks are well-suited for building large-scale apps.

React is the most popular framework at the moment, having a considerably richer ecosystem than both Vue and Angular, with a large number of third-party libraries.

To sum up, Vue.js is on equal footing with other frameworks when building large-scale apps, and it excels when you need to work with legacy applications or jump in and get something done fast. But it’s worth checking ecosystem support for your project’s particulars first.

Our Exclusive Network of Vue.js Developers

Looking to land a job as a Vue.js Developer?

Apply as a Vue.js Developer 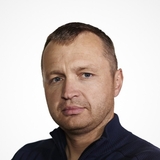 Eugeniu is a well-rounded full-stack software engineer with almost two decades of experience in many technologies varying from C/C++, C#/.NET to Node.js, React, Angular, Electron, and many more. He can build and develop new concepts, join or lead teams, and bring order to chaos. Eugeniu loves innovating and delivering incredible products and being part of fabulous teams. 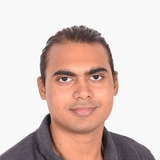 Phanindra combines deep back-end development expertise using Node.js with a range of skills from the front end with Vue.js and React to DevOps in AWS. This experience enables him to build scalable, secure, and fault-tolerant applications. With a passion for coding and strong attention to detail, Phanindra strives to exceed client expectations and deliver bug-free code. 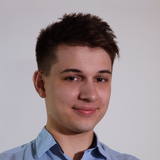 Sergej has solid academic and professional experience in computer science, thanks to which he knows what it takes to come up with effective solutions to complex problems. As a skilled, communicative web developer with over five years of experience in startup and corporate environments, he believes that great results come as a product of great passion. Sergej's drive, positive attitude, and proactive approach help him deliver these results in a very natural way.