Toptal sourced essential questions that the best program managers can answer. Driven from our community, we encourage experts to submit questions and offer feedback.

What is the difference between project and program management?

The project manager role is more tactical compared to the strategic role of program management. A project manager is responsible for day-to-day activities within a given project like assembling and leading a project team, managing resources and schedules, and delivering project results. A program manager typically oversees multiple projects that all share a common strategic goal outlined in the given program. This role involves leading multiple project managers, formulating and adapting strategic goals, communicating and coordinating with top-level management.

What is the difference between governance and management in the context of a program?

On a company level, a program manager is in a position of management as they implement the goals of the whole company. However, in the context of a given program, they are in a governance role and they provide guidelines to project managers.

How do you evaluate a project’s performance?

Program managers have to constantly evaluate the performance of a project to make sure the program is on track to deliver its goals and to be able to provide feedback to project managers. Different metrics might apply to different companies, however, there are some high-level performance indicators that can be applied to all projects:

What is Earned Value Management (EVM)?

Earned Value Management (EVM) is an attempt to manage a project’s performance and progress in an objective manner and it combines the measurements of the project management triangle: time, scope, and costs.

While EVM can be very complex and include many different indicators and forecasts that are relevant to different industries, on a basic level EVM include three main components:

How do you determine funding requirements for a program?

How would you approach risk management in a program?

Firstly, a program manager should put down all of the possible risks in the list and prioritize them. One simple approach to prioritization is ranking all the risks on a 1-5 scale, which 1 representing the very unlikely to occur items and 5 for very likely risks. Following that, each risk has to be evaluated on another 1-5 scale based on the severity of the impact if the risk was to occur (1 - lowest, 5 - highest). The two multiplied numbers for each risk create a prioritized list.

Secondly, a risk mitigation plan has to be put in place. Each risk item needs to be assigned a course of action based on these options:

How would you determine if a project is at risk?

A program manager can keep a pulse of a project and detect risk early on in a few ways:

Program managers must monitor numerous projects at once. This question asks applicants to explain their management style, how to identify project risk and what steps to take to ensure projects are completed successfully. What to look for in an answer:

Critical thinking skills and ability to identify and mitigate risk

Example: “I consistently analyze project health, looking at timeliness, budget, staffing and client satisfaction. I utilize project and program dashboards to give me a unified, real-time view. I simplify reporting processes and regularly interact with project managers and leads. Additionally, I build trusting relationships with project managers and teams in order to increase transparency and improve communication.”

What are the advantages of grouping projects under a program?

How do you control the scope of projects?

The program manager has to make sure that all the projects within a program are aligned and follow the same strategic goal. To begin with, clear milestones for each project have to be identified and plotted out in a single space to make sure that all key elements of a program are covered. This high-level overview will quickly expose any milestones, which are unnecessary or excessive and will also reveal any dependencies between the projects. Secondly, regular meetings with all project managers are crucial for keeping the scope of all projects in check. As time passes, new information can be revealed that might change the priorities of a project or even the program. Regular updates ensure that the scope does not get out of control and strategic goals are achieved.

What is your strategy for change management?

Change management is a planned out course of action to accommodate changes in strategy, processes or tools. Typically, there is some resistance to any major change in traditional approaches to doing things and thus it needs to be managed to avoid negative psychological fallout. One way to approach change management for a program manager is in a phased manner.

Firstly, create clear messaging on why the change is needed and what impact it will have on the team, department, or company. Having data-driven research to support your claims will make your message stronger and lessen the hesitation or resistance. Communicate the changes not just to the project manager, but to everyone working in the program.

Secondly, create a pilot project for the change that would involve one or two project teams. Try to find project managers and teams which seem the most open to this change. Use the pilot not only to garner support among other teams but also to iron out any kinks in the new process.

Lastly, after the pilot, create a timeline with all the project managers during which the project teams will make the change.

Our Exclusive Network of Program Managers

Looking to land a job as a Program Manager?

Apply as a Program Manager 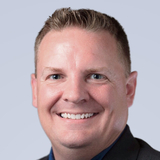 United StatesToptal Member Since May 22, 2018

Jon is an experienced project manager, scrum master, and agile leader of 20 years spread across multiple industries. He has a strong passion for leadership, with significant experience in several delivery methodologies, including Agile, Waterfall, and iterative. He specializes in projects requiring flexibility and adaptability to overcome ambiguity. His most recent experience includes Agile Coaching and a Scrum of Scrums master in an established and thriving Agile transformation. 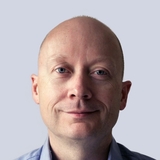 Liam excels at understanding that every client and project is different and each requires unique care and expertise to deliver maximum value and satisfaction. His servant-leadership approach, coupled with pragmatic stakeholder engagement, lends itself to Lean-Agile project and program management. He has successfully led multiple teams through Agile transformation, handling everything from writing vision statements to installing Jira. 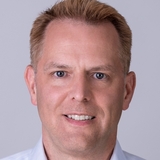 Darren is a veteran developer, scrum master, and project manager with deep experience in both Waterfall and Agile methodologies from working in the transportation, archiving, eCommerce, and aerospace industries. Darren spent ten years working in developer and lead/architect roles before becoming a project manager. Darren understands the challenges of implementing Agile practices in a team and how to effectively interface with the Waterfall world.