By continuing to use this site you agree to our Cookie Policy.
DesignAll Blogs
Engineering
Design
Finance
Projects
Product
Toptal Insights
Tools and Tutorials
7 minute read

The Value of User Testing with Prototypes

Gabriel Kirmaier
Gabriel is a UI/UX designer with many years of experience working with big data companies and solving complex UX challenges.
SHARE

The Importance of User Testing

Apple and Microsoft haven’t always hit it out of the park with their product releases.

So what went wrong?

A common oversight. In the rush of excitement to release new product features or the next big thing, designers, product managers, and upper management have a tendency to believe that the “build it and they will come” fallacy doesn’t apply to them. And in believing this, a critical opportunity is missed: product validation through user testing.

The Apple Newton was a short-lived product that was ahead of its time, most likely due to a lack of user testing before bringing it to market.

User testing is performed at all stages of the design process, and the most impactful results are achieved using prototypes due to the immediate value given back to the design team. Much of that value is delivered via qualitative and quantitative feedback allowing designers to obtain a more balanced picture of what works and doesn’t work for users.

In both cases, prototypes and mockups can be used for testing; there are no rules that dictate when to use one or the other. However, with user testing in particular, prototypes are the preferred testing method.

The Difference Between User Testing and Usability Testing

User testing is the first step in finding out if users need or want a product.

There are two types of user tests that designers and user researchers can use:

The Benefits of User Testing Prototypes

Performing user tests with prototypes provides valuable feedback that designers can use early in the design process to avoid costly mistakes. A major benefit to prototypes is the ability to determine what users consider to be the product’s purpose.

For example, using a five-second test, users are shown a page or product feature for five seconds and then asked to describe it. This is a particularly relevant test given people’s time constraints and the need to understand in a short period of time what a product can or cannot do for them.

User Testing Tools: The Rise and Fall of Focus Groups

Things were very different before the internet gave us the ability to perform user tests from anywhere, at any time. Generally attributed to sociologist Robert Merton in 1946, the genesis of user testing can be traced back to focus groups.

Merton was a pioneer in the area of group studies. He conducted noteworthy research on the effects of radio broadcasts, as well as army training and morale-boosting films. A few years later, several successful marketing campaigns from Chrysler, Ivory Soap, Barbie, and Betty Crocker were due in part to the golden age of the focus group.

Back then, focus groups and individual user testing had to be conducted in large rooms with expensive video and sound equipment, two-way mirrors, and specialized rooms called “usability labs.” Apple had one, so did IBM as well as many others. 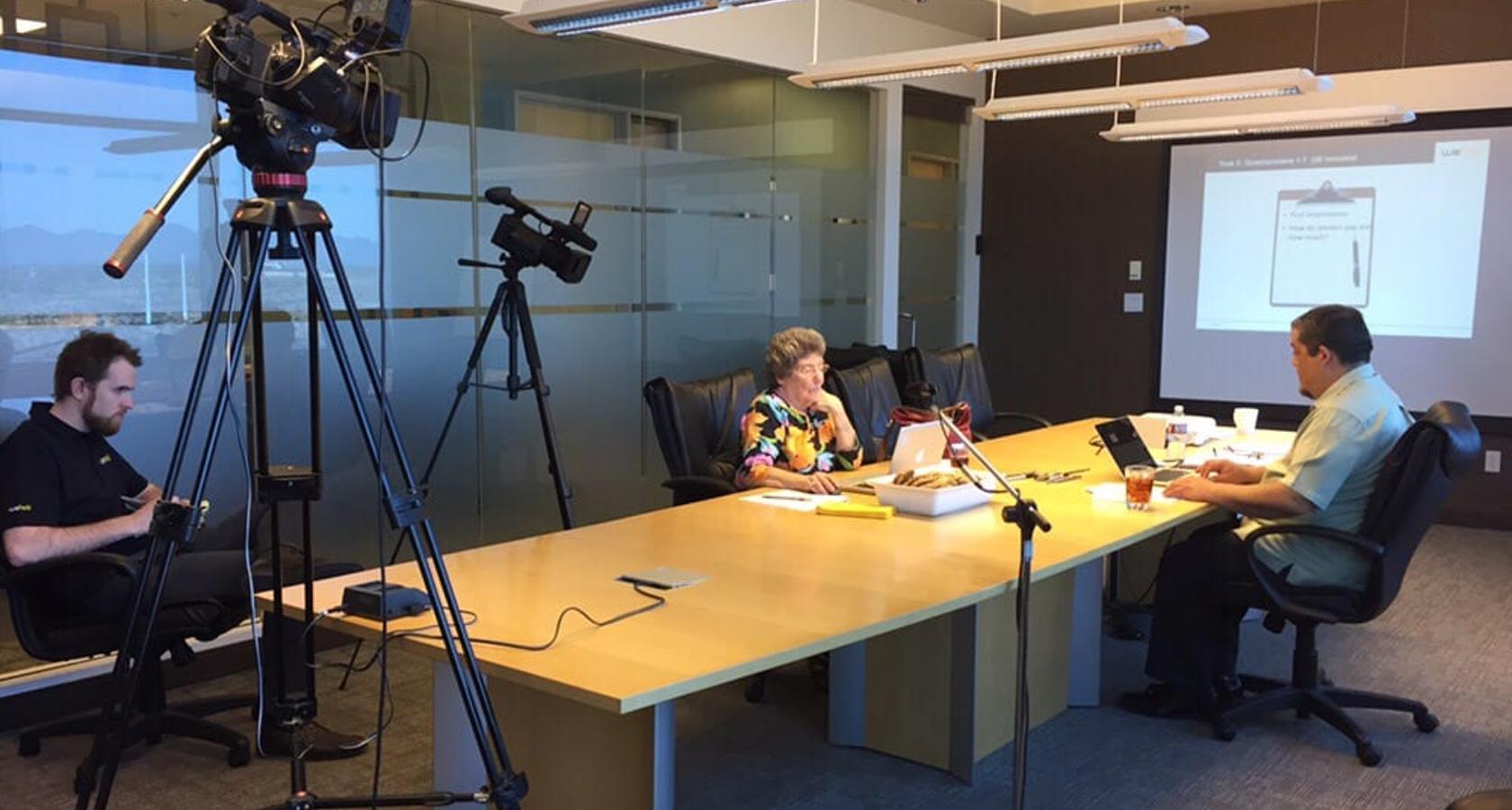 Focus groups were the first type of user tests. They gave way to online usability testing tools with the growth of the internet.

By the end of the 1990s, focus groups had fallen out of favor. Broadband internet spread like wildfire and researchers started to rely on video-based interactions for user testing. The rest, as they say, is history.

In 2019, designers have a more robust toolset for user testing prototypes. Here are a few popular tools used at different stages of the design process:

User testing, unlike usability testing, typically seeks to validate the need for a product, and in doing so, forges a different path. We aren’t asking, “Can users use this product?” as with a test such as a heuristic evaluation. Designers and user researchers use methods such as online user testing and focus groups to find out if the product solves an actual problem. 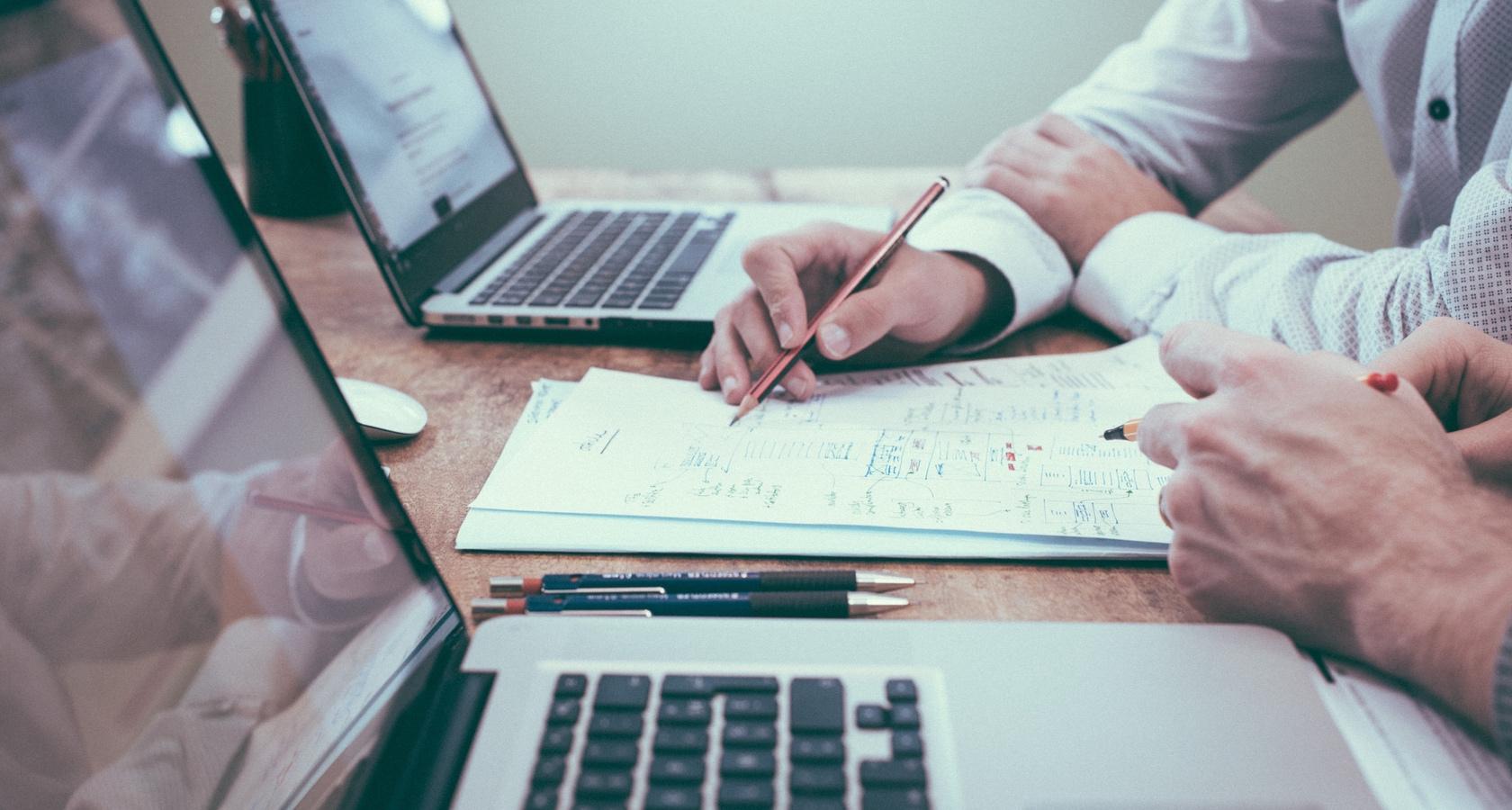 User testing tools include the use of prototypes and some best practices such as how to craft great questions and dry run studies.

Here are a few best practices and tips for performing user tests:

Is it possible to avoid product disasters like Microsoft’s Windows 8 or Apple’s failed Newton? Yes—by ensuring that user testing is a part of design early in the process. To many, user testing and usability testing share no clear distinction, but it is important to understand their difference.

User testing validates the need for a product, while usability testing validates whether the product is usable. There are several useful tools that can be utilized to perform user testing, but the one thing in common is the use of prototypes as a mechanism for gathering feedback. User testing prototypes save time, money, and resources and will ultimately result in better, more successful products.

How do you perform user testing?

User testing is performed either in person or online using one of several user testing tools. The designer sets up a series of questions, tasks, or activities and users perform them while being observed.

What is user testing in UX?

User testing in UX is finding out if a product fills a need. This can be accomplished using online focus groups, user testing tools and apps, and direct observation.

Why is user testing important?

How do you conduct a user interview?

A user interview is best conducted either in person or via video. It’s important to read nonverbal language and record observations objectively.

Why do we need usability testing?

We need usability testing to tell us whether a user can actually use a product or app. Usability testing can identify costly problems early on in the product life cycle.

Gabriel is a UI/UX designer who pursues creating digital products from mobile apps to web platforms. He has many years of experience working with big data companies, solving complex UX challenges and collaborating successfully with teams of all sizes.

How to Work Remotely When It Matters Most