Samuel J. Horodezky
With 15+ years of experience, Samuel possesses extensive experience both as an individual contributor and in more formal management roles.
SHARE

There are many different types of UX projects, and while each one tends to have its own unique flavor, there are challenges common to all projects. Only experienced teams who have been designing and implementing quality UX on a regular basis are savvy enough to avoid the most common pitfalls. Nevertheless, acute awareness and advance planning can help less experienced teams to also overcome UX fails.

I was once working with a group on a web app for appointment scheduling. We spent a lot of time working on a really slick, dynamic UI design that packed some punch and had some cool factor. It took a while to perfect, but finally, we were ready to hand it over to our overseas development team.

Several weeks later I got my first preview. Anxious to see the UI in action, I set the date and time, clicked a button and… nothing happened. At first, I thought it was a bug, but there was an error in the date I had entered.

The reason that nothing happened is because we hadn’t defined what should happen when there were errors in the initial date entry. Rather than ask us about this omission, the overseas development team went ahead and did what they thought was right. Sadly, when developers take it upon themselves to do their own UX design, an unfortunate outcome is almost inevitable.

A “Golden Path” is the path that a user is most likely to take in a particular design. Sometimes there are several Golden Paths for a given product. However many Golden Paths there are, there will be many more “paths less traveled” that are still very important. Some of these may just be secondary user cases that don’t show off primary functionality, such as administration screens or settings.

Another class of non-Golden Paths are errors. Errors are critical to any design’s success; users need to be able to recover from their mistakes or from technical issues that are out of their control.

There’s nothing wrong with using “Golden Paths” early in the design ideation phase. Since they tend to show important interactions, these screens are often used to show designs to clients and stakeholders.

However, as the above example demonstrates, regardless of what the slides presented to the client show, you’ll end up with bad UX if you don’t think about the product holistically.

Something else that can happen if a designer hasn’t considered all the possibilities and edge cases is that the Golden Path design may not be able to accommodate certain conditions. Consider a simple list. The Golden Path for the list would be fully populated, which is what the mockups would show.

But what happens when the list gets very long or is totally empty? Again, although these items are not sexy for presentation, they are a potential situation. In my case, because I had failed to say what should happen off the path, I got back the design equivalent of gibberish. 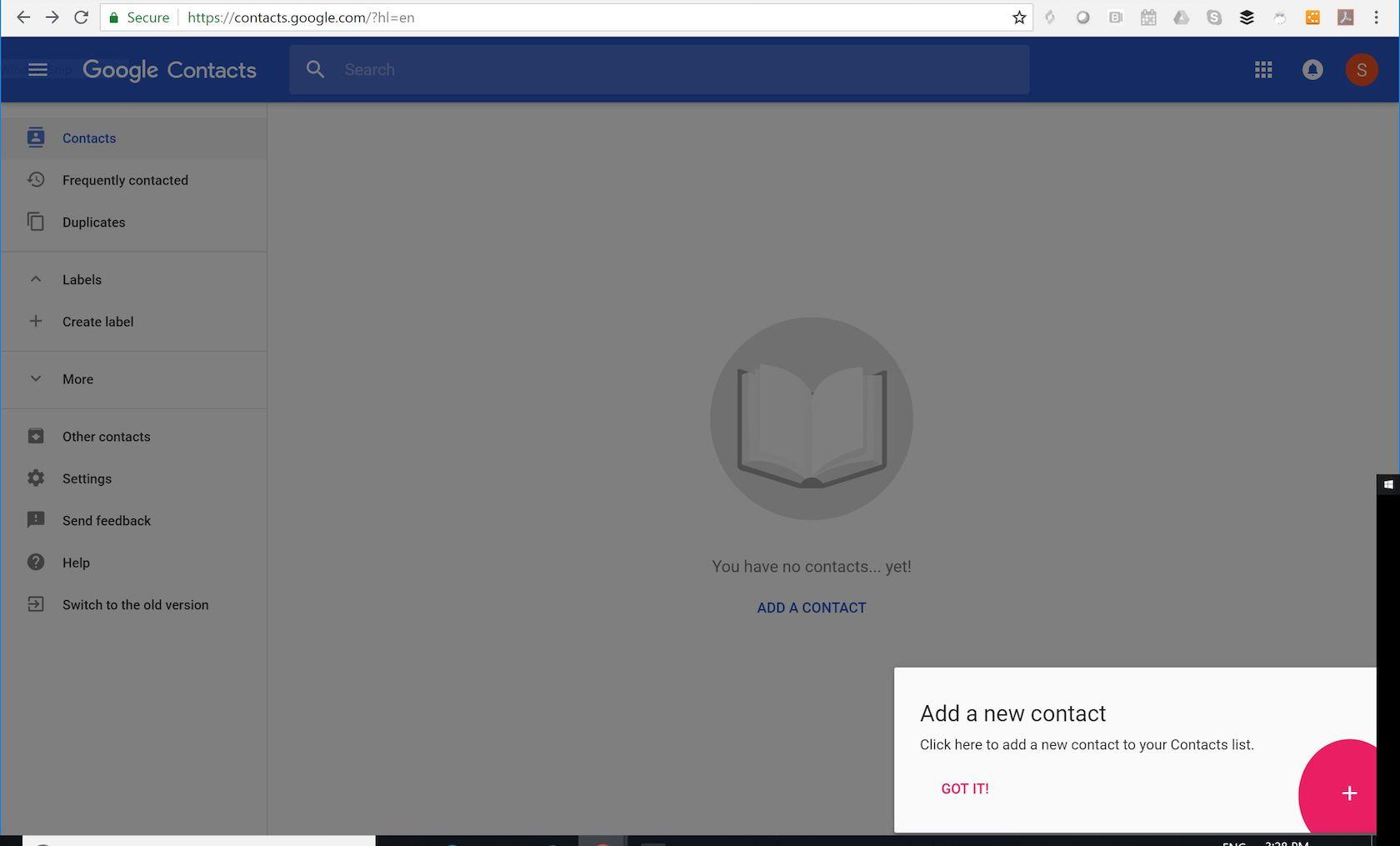 In Google Contacts, the designers thought carefully about a use case way off the golden path, when the number of contacts is zero.

When a designer considers some of the less likely scenarios—such as “empty pages”—it will affect how he or she might choose to handle the Golden Path, even if in just a small way.

By considering as many use cases as possible the overall design is improved. 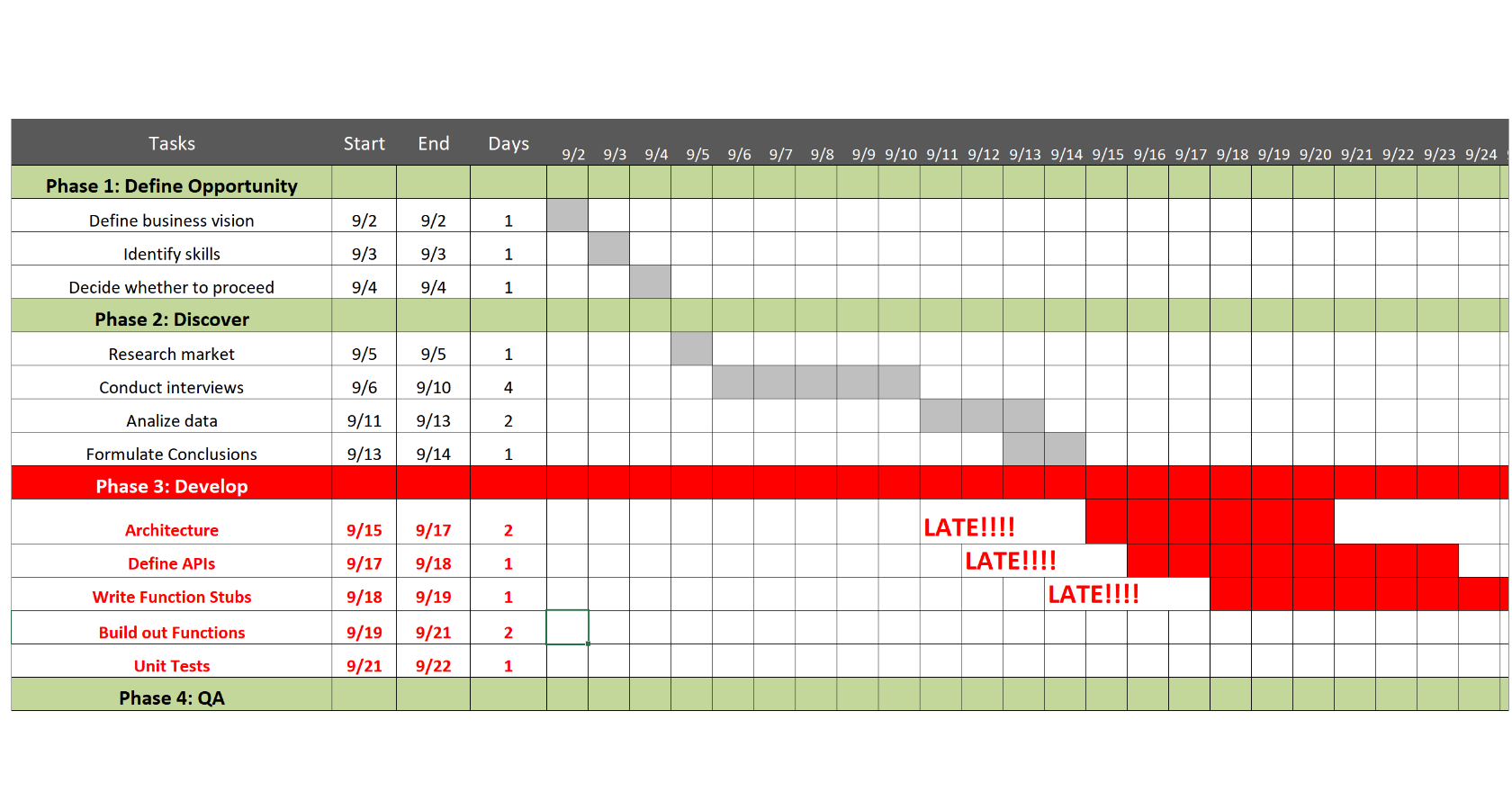 Not accounting for all use cases can delay the development phase on UX projects.

It’s one thing to have a set of shiny designs for implementation, but it’s quite another to actually implement them. There is a big gap between a set of wireframes or a prototype, and having an engineering team build the complete vision.

One reason for execution failure is lack of a necessary skill set. Development teams working on a new initiative don’t always have the front-end skills needed to implement a great UI; some teams don’t have the sensitivity to pixel-level detail that is necessary to properly execute a UX design. This is more common than it might seem.

If a team has been working without UX assistance for a long time, then they may not have acquired the in-house competence to implement high-quality work. It was for this reason that someone inside the company decided to look outward for new thinking and a different approach. However, often this person doesn’t work closely with engineering, and so when the cool new UX designs show up, the development teams are not equipped to implement them.

Sometimes the problem extends far beyond the level of capability. Often the teams working on the design want to put their own stamp on the project, and actively question aspects of the design.

If the team is new to working with a UX designer, then there may be active resistance — or hidden, passive resistance — to the work. Much of this comes from a different way of working and thinking. If a team has done without a dedicated UX strategy for a long time, then the person or group that was responsible for the user interface is now being supplanted by the advice of an outsider. This can create resistance or even hostility. 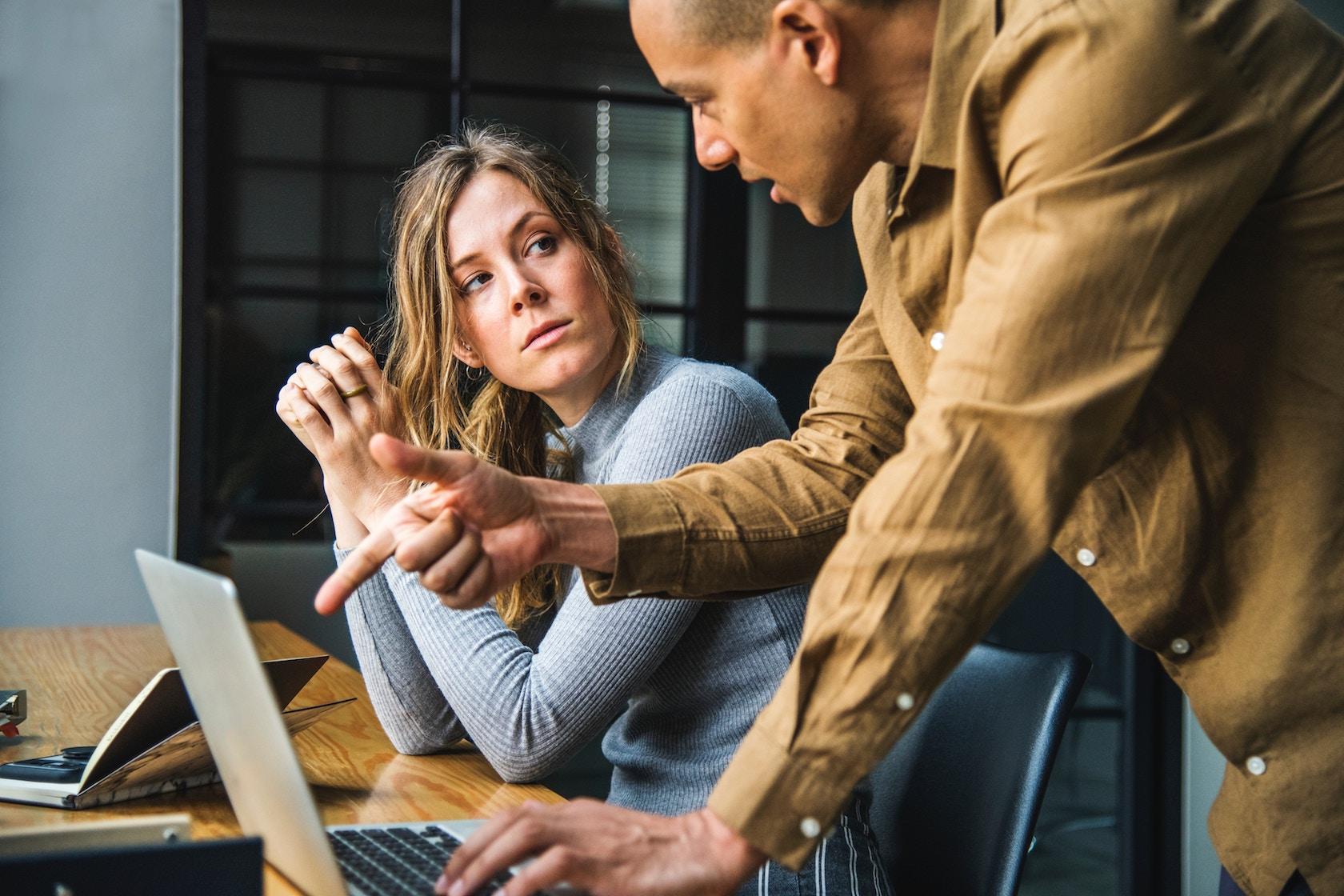 Bringing in an outside UX expert to fix bad usability can create tension in an existing design or development team. (Photo by rawpixel on Unsplash)

It is for this reason that soft skills are important in a first-time engagement. Extremely good communication is necessary, as well as the ability to influence. Some people optimistically assume that if they can make a strong logical case for their design work, that others will accept it. Unfortunately, because the objections to the new designs are not based on logic, this is often not the case and means another armory of skills relating to the art of influence is necessary.

The external UX resources will need to form a rapport with the client team and appeal not just on the basis of rationality but also on the basis of emotion. Listening is a crucial skill, as is the ability to compromise and have a healthy give-and-take. Sometimes nothing can be more effective than taking the client out for lunch.

Teams that are not used to working on UX initiatives tend to have a lot of trouble executing on the vision. This can be due to a lack of UI competence, because of social considerations, or both.

Lack of Ownership on the Client Side

A big problem when companies first strike out to fix their UX problems is that they rely too heavily on outside resources. There’s no problem with hiring an agency to do the work, but external agencies work on projects for a set period of time—once they are done, they move on to other projects.

What happens when the client has questions about what the agency has produced? No matter how much an outside firm may offer to make their resources available, there is no getting around the fact that those resources are now assigned full-time to other projects. They may not have the bandwidth or inclination to actively dig into questions for a client they worked for months ago (and who has already paid them). Similarly, if the client needs changes to resources the agency generated, it is very unlikely they will get those changes unless the Statement of Work specifically provided for it.

External UX resources for a project need to work closely with internal resources. This internal resource can’t just be any old person in the business, it has to be someone who understands UX and who knows that they will be responsible for filling in holes once the agency engagement is done.

Having a knowledgeable, UX-sensitive internal resource follow along with the project from start to finish, and be on tap to shepherd the project as it continues, is a key to ultimate success.

Some companies and groups struggle repeatedly to improve their user experience. When this happens, there is usually something off-kilter in the relationship between the UX team and the development team. It’s not that either independently lacks competence in their areas of strength, but that they just don’t come together to form a cohesive, effective team. In these cases, bringing in an expert to bridge the gap and create balance and cooperation between teams can be a huge benefit to any project.

Teams can focus acutely on the “Golden Path” use cases without fleshing out all the details, implementation teams can struggle to realize high-quality UIs due to capability issues or some predilection… or the internal team ends up holding the bag because they didn’t assign a capable person to carry the project through to completion. This is another area where an outside UX expert can be a lifesaver for teams that are struggling to create a comprehensive design structure.

Hiring for UX and implementing good experiences is not rocket science. Nevertheless, for companies venturing out for the first time, there are still plenty of challenges to overcome.

What is a user goal?

User goals are the end state a user is expected to reach based on completing individual user tasks. User goals would include things like completing a purchase or signing up for a newsletter.

What skills do you need to be a user experience designer?

User experience designers need to be proficient at user research, wireframing and prototyping, visual communication, and analytics, as well as soft skills like collaboration and communication.

What is a UX process?

How do you define UX?

UX is the process by which designers foster positive emotional reactions from users when using a website, application, or other product. Good UX designs are easy to use, useful, and create user delight.

Samuel is the type of guy who can take a complicated mess—fully drawing upon his many years of design and leadership experience in UX process and strategy—and figure out how to fix it. During his more than 15-year career, he’s worked primarily at two large companies but he retains the mindset of an entrepreneur. Samuel possesses extensive experience both as an individual contributor and in more formal management roles.

Martin Cristaldo
Nice article Samuel. I've experimented the same issue with the appointment schedule app many times. Sometimes it's just lazyness, or the problem of thinking "I can do it later", but then I realize I should solved it when it's already implemented. So defining what should happen before hand seems the smarter way to do things
comments powered by Disqus