Libation Frontiers: A Deep Dive into the World Wine Industry

Zachary Elfman
Zach is a modeling, fundamental analysis, and valuation expert that has managed money for PE and hedge funds. He now runs his own business.
SHARE

The wine industry may evoke images of the slow life and bucolic landscapes, but it is a significant business sector. Wine is and always has been enmeshed in certain cultures while completely ignored or even outright banned by others. Many cultures in Asia and sub-Saharan Africa (except for the renowned wine growing country of South Africa) do not have a history of wine consumption and so tend to prefer other beverages. Indeed, studies suggest that some Chinese consumers may prefer wine diluted with soft drinks or at least sweeter styles of wine. These “frontier” markets are difficult to penetrate, as culture shifts take time.

The most established wine markets are in Europe: Portugal, Italy, and France have the highest per capita consumption at over 35 liters per person per year, compared with 23.9 for Australia, 9.9 for the US, and just 3.5 for China. Europe remains the world’s consumption center, at 58% of volume and 50% of total value. The largest aggregate wine markets are the USA, China, and France, due to their larger populations, while the biggest importers of wine are Germany, the USA, and the United Kingdom, where production is much lower than consumption.

In March 2019 at ProWein, the industry’s largest annual gathering, 61,500 trade-only visitors (up from 60,500 in 2018) hailing from 142 countries attended. One can imagine how many people would sign up if it were open to the public!

Macro wine trends have been stable albeit lackluster, as can be seen in the chart below where consumption has appeared to plateau. Looking forward, however, growth is expected to pick up. By 2022, volume sold is expected to rise to 281 million cases, worth $32.9 billion, for a CAGR of approximately 3%.

Within these subdued wine statistics, there are interesting regional and segmental dynamics, affected by wider economic trends of increasing population growth and increases in disposable income, particularly in Asia. As referenced above, cultures change slowly, but they do change. And sub-categories within the wine industry—such as rosé and organic wines—have been demonstrating fantastic growth, while other segments have lagged behind.

While volume and value advances in Europe are moderate, the US continues to inch forward as the world’s most valuable wine market, worth $34.8 billion in 2017. France is the second most valuable market at $16.7 billion, followed closely by China at $16.5 billion. As with many other products, China is expected to increase its consumption of wine going forward and overtake France.

China’s Emergence as a Wine Consumer

Despite China’s slowing economy, the country is expected to increase its wine imports by 8% in 2019. The Vinexpo/IWSR study predicts that China will surpass France by 2020 as the second most valuable market in the world, and by 2022, the value of the Chinese market is forecast to hit more than $19.5 billion.

All the while, China is increasing its own domestic production. Mainland China’s vineyard area more than doubled between 2006 and 2016, and China now has the second largest vineyard area in the world after Spain and ahead of France and Italy. While most of that area is currently used for table grapes, the production of wine is increasing rapidly.

Due to the enormous amount of consumption, global wine producers seeking acceptance into the Chinese market are tweaking their winemaking styles to meet local tastes (as referenced above) and adjusting their packaging designs to appeal to the local market. Gold and red are thought to be successful colors and many wine labels will include these colors. There are also other creative marketing tactics that global producers have attempted to get attention.

On the other side of the spectrum, it should also be pointed out that brand name wines are supremely popular in China. This can be attributed to a few reasons, such as Chinese consumers’ penchant for luxury and due to the fact that wine is a relatively new taste, so tastes defer towards trusted brands. As a result, counterfeit wine is a serious issue that global producers must contend with. The revered wine of the Domaine de la Romanée-Conti estate in France can often reach a price of over $30,000 due to its scarcity. This has caught the attention of counterfeiters who exploit less knowledgeable buyers:

Although there are many complexities in entering the massive Chinese market, there are far more accessible pockets of growth that global wine producers have been successfully tapping into. Ironically, two of the easiest wines to produce—tank method sparkling (as opposed to traditional methods) and rosé—are amongst the fastest growing types of wine.

Sparkling wine accounts for about 10% of the total amount of wine produced per year globally, with Europe producing fully 80% of this. The largest consumers of sparkling wine produce the majority of it domestically, leaving the United States and the United Kingdom as the most important import markets.

Prosecco is leading the charge on the sparkling wine front in the US, with sales rising at over 20%. As the US imports more Italian wines than from any other country, and prosecco comes in at a far more affordable price point compared to Champagne, it is a comfortable choice for many consumers. The UK is more established as the world’s largest market for prosecco, impressively consuming a third of the total amount produced every year; however, it may have reached “peak prosecco,” with sales slowing to 5% after a long stint of growth. But with Brexit looming, we could witness prosecco hoarding along with other staples from the continent like medicine, coffee, or even marmalade for people’s “Brexit boxes.”

Offsetting the broader slowdown, sales of other sparklers such as crémant and domestically produced sparkling wines have grown rapidly, making 2018 a record year for sparkling wine consumption in the UK at GBP 2.2 billion of sales, remarkably a near-doubling in the five years since 2013.

Somewhere in between red and white, rosé is another major growth category, with industry commentators curiously attributing its rise in large part to social media and its history on the glamourous French Riviera. Celebrities Brad Pitt and Angelina Jolie even own a rosé winery in Provence and Drew Barrymore has one in California. It comprises about 10% of the global wine industry, similar in size to sparkling. Although sometimes likened to art, wine is a consumer product as well, and so subject to trends in the marketplace like anything else.

Exports from Provence are growing at over 30%, while United States domestic rosé growth is increasing at over 100%! But there are challenges within the space. It is perceived as a fun and easygoing summer beverage, so seasonality is a headwind on producers’ cash flow. Women reportedly also consume more rosé than men, with 40% of rosé wine consumers in the US being females aged 21-34, leaving a large segment of the market untapped. The industry is attempting to change this, however, with (inevitable) campaigns such as “Brosé,” which Eater described as:

“Bros who brosé signify their courage to push the boundaries of masculinity by wearing colorful socks, which is practically like wearing jewelry, and through their willingness to be photographed holding a glass of something pink up to their stubbled faces.”

There is even canned rosé made specifically to appeal to those more accustomed to drinking beverages out of a can.

There is lots of noise in the wine world around the controversial segment of natural, organic, and biodynamic wines, which is sometimes associated with the broader wellness trend in the Western world, but it is still a very small percentage of the market.

In 2017, around 4.5% of the world’s wine grape vineyards were certified organic or biodynamic, a total of 316,000 hectares (780,520 acres) of vines. These vineyards have significantly lower yields on average compared to conventional vineyards, however, so the wine produced from organic grapes likely sits at 3% of the total. Further winnowing this down, many organic grapes are treated with chemicals in the winery and so are not considered natural or organic.

Organic vineyards are predominantly in Europe, with 281,000 hectares giving the continent 80% of the global total, and within this 90% of Europe’s organic vineyards are found in three countries: Spain, France, and Italy. So why all the fuss? Well, in France organic wine sales have been compounding at 20% over the past seven years, Italy is growing at more than 15%, and organic wines now make up one fifth of the Swedish wine market. 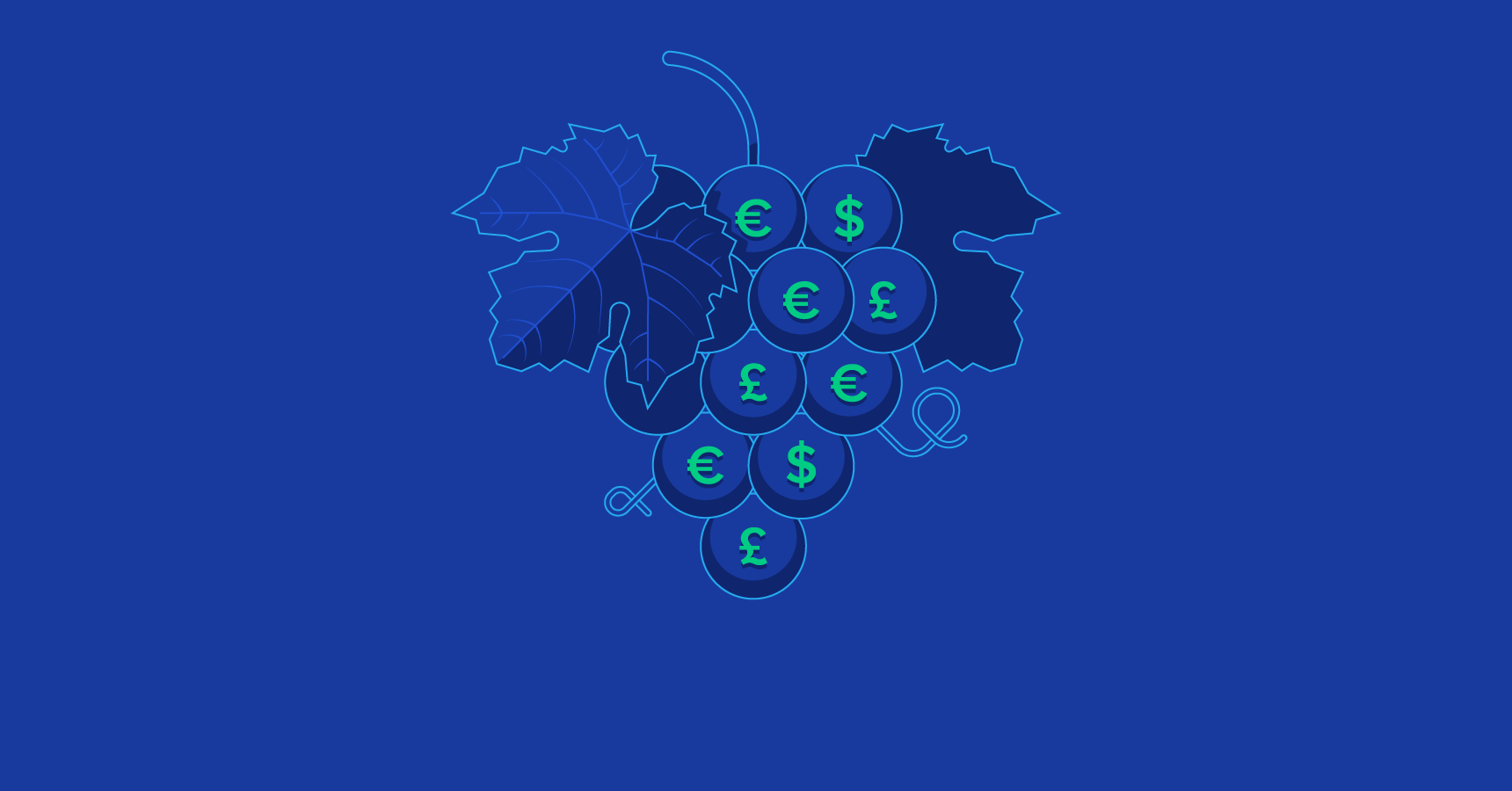 Thoughts on Appraising Wine Value and the Industry’s Future

Just touching on these three growth categories within the global wine market reveals how diverse the wine industry is and how it reflects prevailing culture.

Other areas to watch out for are luxury brands, which continue to grow at a steady rate alongside other luxury goods, and the varietal pinot noir continues its boom since more than displacing merlot after the Sideways moment in 2004 (pinot noir plantings in California have nearly doubled since the film was released, while merlot plantings have decreased by 23%)

Critics who use point scores continue to drive sales, especially in the United States where consumers need more guidance. There is even said to be an “89-point curse” which means that a score below 90 causes sluggish sales. The flipside of this is that a score of 90 points can cause the “Parker Effect” to kick in, with stories from this contributor’s region of Galicia in which bottles selling for EUR 1.49 at supermarkets sell out in short order after a favorable rating.

While quality and the true value of wine is a subjective topic that this article will not delve into, and the cost of producing a bottle of luxury wine a fraction of the sales price, a few market drivers can be identified:

With so many great wines being made today and causing unprecedented competition, is it a good time to enter the wine market? That depends on how much you like wine—one of the industry’s charms is that it draws people in because of passion rather than profit. Unfortunately, this also causes uneconomic actors to distort the market (such as Brangelina, for example).

As the saying goes, the way to make a small fortune in the wine business is to start out with a large fortune and open a winery. But there are interesting pockets of growth and it suits those with a long-term vision: There will always be a demand for good quality wine. It has been part of civilization for over 8,000 years and although society may not be using Uber or even driving cars in twenty or thirty years, we will assuredly be drinking wine.

Is the wine industry growing?

How much money is in the wine industry?

In 2017, world wine consumption is estimated to be around 24 billion liters per annum and worth $28.9 billion in revenue.

What countries drink the most wine?

The most established wine markets are in Europe: Portugal, Italy, and France have the highest per capita consumption at over 35 liters per person per year, compared with 23.9 for Australia, 9.9 for the USA, and 3.5 for China.

An American resident of Spain, Zachary continued in London (after completing his master's at the LSE), first as an analyst for a PE fund before switching to a global value hedge fund. He's an expert in modeling, fundamental analysis, and valuation. As a freelancer, he's completed the sale of a small business, advised on early-stage funding rounds, and acted as interim CFO for upstart companies. When he is not freelancing, he enjoys making wine.

How to Approach Financial Data Visualization

Unwrapping the Mysteries of Brand Valuation

Consultant Toolbox: Frameworks for Solving Anything

How to Recreate the Resources of a Bloomberg Terminal for Free