Don't Try to Change the World, Design a Toy Instead

It’s natural for designers to want to create apps that will disrupt the world order. Everyone wants to come up with the next big thing. But starting a project with the singular goal of disrupting the market is quite a weight to carry.

So instead, why not start specifically on the low end of the market? Rather than aiming to make the perfect app that will be the go-to choice for X, Y, or Z, why not make a fun app that will bring people in through the guise of simple entertainment and build up from there?

In apps, the next big thing is almost always initially dismissed as a toy. This is the realization that Chris Dixon had a few years back, and he couldn’t be more right.

Dixon talks about Clay Christensen’s disruptive innovation theory. According to the theory, technologies that take root at the bottom of the marketplace are the ones most capable of quickly exceeding user expectations and ultimately disrupting entire market segments.

In other words, if you want to change the world, make a toy. 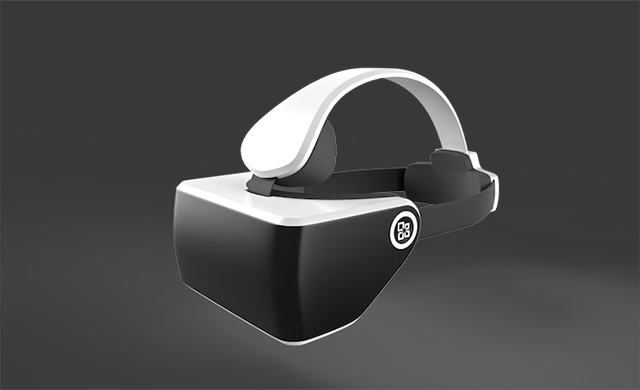 Nine out of ten startups fail. Designing an app with the express intent of disrupting the market has several inherent problems that contribute to this high rate of failure:

1. The app will be judged by users at a higher standard.

2. Due to that need for perfection, the app will be incredibly costly to make.

You’ll need outside funding, a team of people, and every last base covered to ensure that your app is better than everything else out there from day one on.

3. Your app is more likely than not going to fail.

This is just the way it is. No one can accurately predict which apps will take off and which will flounder. If you sink endless resources into one app that fails, you are done for.

If you set aside trying to rule the market and make something fun and simple instead—essentially, a toy—these problems melt away:

People are willing to give them a try without much thought. If the app amuses them, they’ll be willing to forgive certain weaknesses in the design.

2. Toys are more viral by nature. 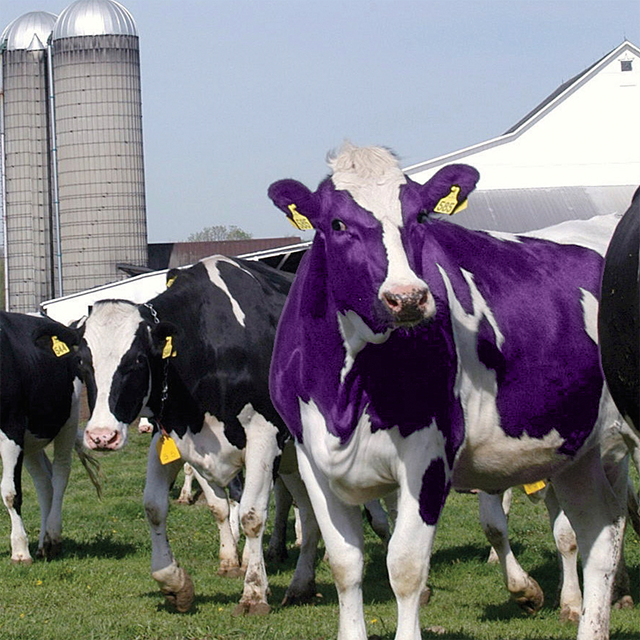 Snapchat is the perfect example of a “purple cow.” Apps like Snapchat market themselves because friends keep pulling in more friends, making the app more useful for them and more profitable for the company.

3. Because the app will be simple, ideally helping users with one task and one task only, it will be cheap to make.

There will be fewer design considerations to weigh. The interface will be simple, because added options and features—at least for the initial release—should be minimal.

The toy approach is perfect for designers with a day job. A side project is a lot more feasible if the design process is streamlined and simple. Creating an app that serves one simple function could take a matter of days to create rather than months or even years. Such simplicity also means that your budget can be significantly smaller.

4. The toy approach helps you focus on what matters.

This is an important lesson for designers. The Dribbble crowd, for instance, often gets so hung up on perfect pixels that the fun of the actual app falls to the wayside. 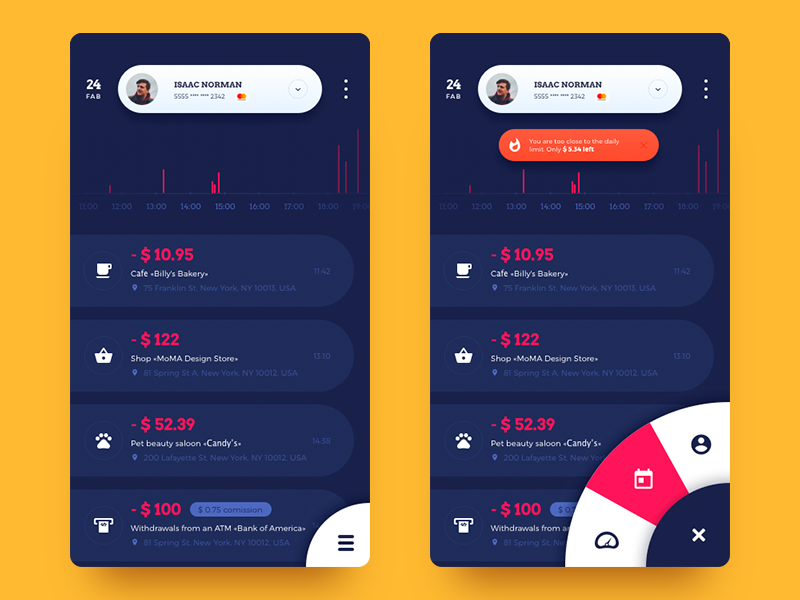 Perfect pixels in this Dribbble shot. Just another finance app that most people have no need for.

A toy-based focus reminds designers to keep things simple and playful, avoiding overly complicated features and add-ons that will simply bog your app down and inevitably put you in that nine out of ten chunk of failed startups.

When you’re making something fun, the pressure to be perfect melts away. By taking away the “serious” tag, you’ll end up with something more intuitive, because you won’t overthink it. And that’s how you wind up disrupting the market.

5. If the app fails, it doesn’t really matter.

If you’re designing a simple toy-like app, you can have ten of them in the works at all times. Even if nine of them fail, you can find great success with number ten.

And most importantly, simple, low-end apps have the greatest potential to exceed expectations and ultimately disrupt the market. From a fiscal standpoint, the way to have the biggest potential impact is to lower your sights and design something simple. Of course, your toy-like app still needs to have a stroke of genius baked in, but it doesn’t have to be a big, important production in order to one day change the world.

World-Changing Tech That Started as a Toy

Here are a few examples of what we’re talking about:

Snapchat was started by three kids at Stanford who wished the photos they sent to girls would disappear. This simple idea for making naughty texts less haunting turned into one of the biggest apps in the world and a massive IPO.

Now Snapchat is a big business, but it has always maintained its playful quality. It is still seen as a toy by most of its users, and the design and features continue to reflect that. 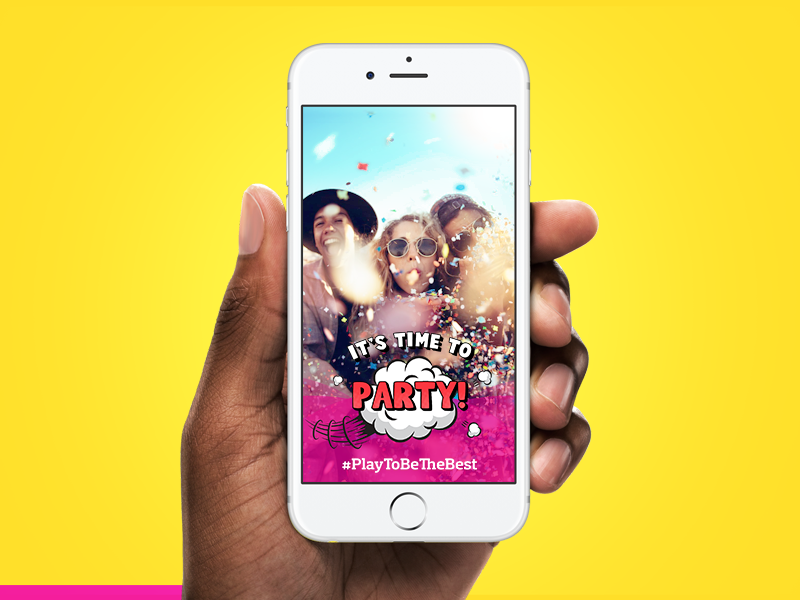 Snapchat users could create custom geofilters for their parties or choose from a wide variety of premade ones from Snapchat.

Wouldn’t it be cool if you could walk around in a simulated 3D environment? This has been a dream of every sci-fi geek for decades, and now it’s becoming a reality. The biggest VR companies right now are essentially fancy toy companies—Sony, Facebook, and HTC, for example—but this playful technology has the potential to have major impacts in fields like healthcare, military defense, and engineering.

Magic Leaps AR presentation was geared towards the gaming industry.

Admittedly, commercial interest in VR headsets has been lower than expected so far. But just last week Facebook dropped the price of its Oculus Rift headset by $100. As the technology improves and becomes more affordable, and as more VR content comes onto the scene, VR headsets will become fixtures of the American home. Just like smartphones before them, VR headsets will start as a luxury toy and, in a relatively short amount of time, become a necessary tool.

I remember making fun of Twitter when it first started. The 140 character limit felt so arbitrary. What could you do with so little space? It turns out, you can rant to whole countries, organize protests, and share newsworthy videos with the world. 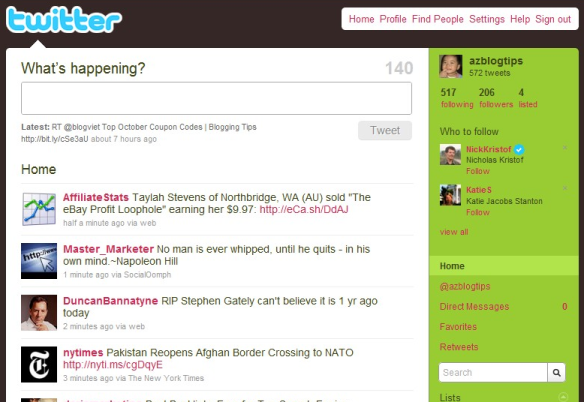 Old Twitter design. When it was first released, no one took it too seriously.

Twitter is famously having money problems. They’re not quite sure how to successfully monetize this public service that they’ve created. But it’s hard to imagine that the global community will let Twitter fail, because it has become a vital form of communication. In the US, every last governor and senator has a Twitter account. Those 140 characters have become a simple, direct way to communicate about the most important issues of the day. Few companies in the world have been more disruptive.

Design Your Next Project the Fun Way. Build a Toy.

There are obviously use cases where solving a big problem makes sense. If you have a passion for a particular problem in healthcare or home security, for example, you’ll probably want to set your sights higher than a simple, one-feature app.

But if you don’t know where you want your impact to be, or you have a lot of different ideas, going the low-end route makes a lot of sense.

What do you wish your phone could do? Maybe it’s as simple as making your texts disappear or finding a better way to share your photos. A simple app that serves a simple purpose. An app that lets you play. These are the apps that ultimately change the world.

Michael is a UI/UX designer and machine learning engineer originally from Israel and France. Over the course of his career, he's been a part of MakeSchool, Viz.ai, and Toptal (as a core team member)—helping with various aspects ranging from machine learning and UI design.

brian piercy
Well done Mike!
Charlene Walker
VR has been around since the 90s, why are you saying its new? Its been used for military purposes for training. The first VR setup I saw in the late 90s and it was not for gaming. It was in a UNI and some artists were working with it. At the time I thought it would make amazing immersive artworks. Iits was hugely expense and a bit cumbersome. Now its dirt cheap and retail, sadly its just for more useless games.
Abir Ahmed
Nice, like the way you present this article with so many real life example, keep it up!
comments powered by Disqus