For a couple reasons, FMS wasn’t a good choice for us, starting with its costs, which included the purchasing of both:

All of these fees began to rack up. And costs aside, FMS was a lacking product, especially in its functionality (more on this in a bit). So I decided to scrap FMS and write my own Python RTMP parser from scratch.

In the end, I managed to make our service roughly 20x more efficient.

There were two core problems involved: firstly, RTMP and other Adobe protocols and formats were not open (i.e., publically available), which made them hard to work with. How can you reverse or parse files in a format about which you know nothing? Luckily, there were some reversing efforts available in the public sphere (not produced by Adobe, but rather by a group called OS Flash, now defunct) on which we based our work.

Note: Adobe later released “specifications” which contained no more information than what was already disclosed in the non-Adobe-produced reversing wiki and documents. Their (Adobe’s) specifications were of an absurdly low quality and made it near impossible to actually use their libraries. Moreover, the protocol itself seemed intentionally misleading at times. For example:

And secondly: RTMP is highly session oriented, which made it virtually impossible to multicast an incoming stream. Ideally, if multiple users wanted to watch the same live stream, we could just pass them back pointers to a single session in which that stream is being aired (this would be multicast video streaming). But with RTMP, we had to create an entirely new instance of the stream for every user that wanted access. This was a complete waste. 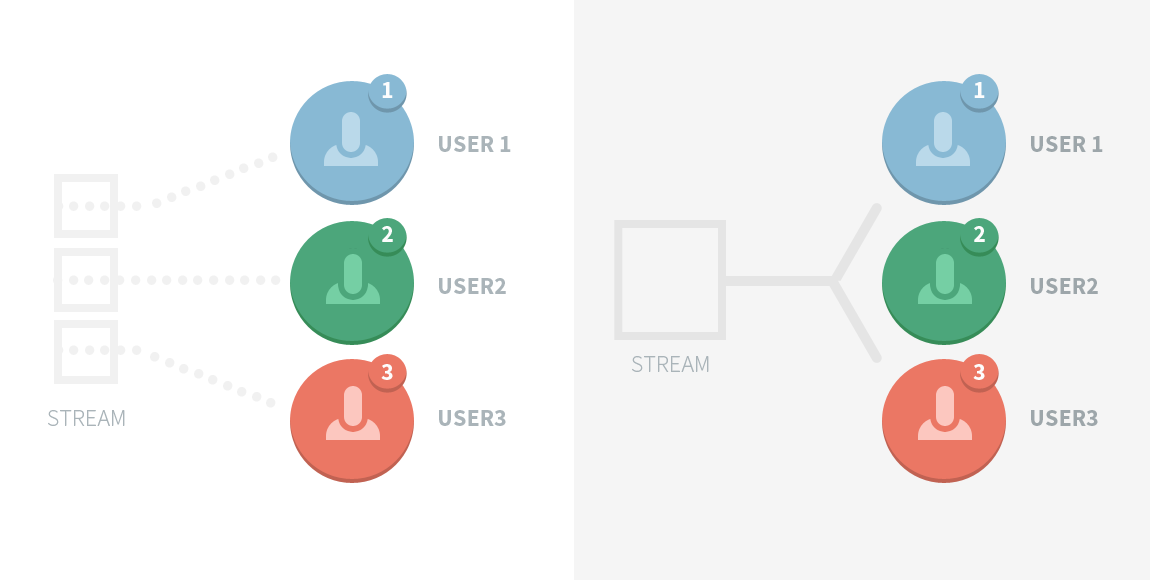 With that in mind, I decided to re-package/parse the typical response stream into FLV ‘tags’ (where a ‘tag’ is just some video, audio, or meta data). These FLV tags could travel within the RTMP with little issue.

The benefits of such an approach:

I began development in the language I knew best at the time: C. Over time, this choice became cumbersome; so I started learning the basics of Python while porting over my C code. The development process sped up, but after a few demos, I quickly ran into the problem of exhausting resources. Python’s socket handling was not meant to handle these types of situations: specifically, in Python we found ourselves making multiple system calls and context switches per action, adding a huge amount of overhead.

After profiling the code, I chose to move the performance-critical functions into a Python module written entirely in C. This was fairly low-level stuff: specifically, it made use of the kernel’s epoll mechanism to provide a logarithmic order-of-growth.

In asynchronous socket programming there are facilities that can provide you with info whether a given socket is readable/writable/error-filled. In the past, developers have used the select() system call to get this information, which scales badly. Poll() is a better version of select, but it's still not that great as you have to pass in a bunch of socket descriptors at every call.

Epoll is amazing as all you have to do is register a socket and the system will remember that distinct socket, handling all the gritty details internally. So there's no argument-passing overhead with each call. It also scales far better and returns only the sockets that you care about, which is way better than running through a list of 100k socket descriptors to see if they had events with bitmasks--which you need to do if you use the other solutions.

But for the increase in performance, we paid a price: this approach followed a completely different design pattern than before. The site’s previous approach was (if I recall correctly) one monolithic process which blocked on receiving and sending; I was developing an event-driven solution, so I had to refactor the rest of the code as well to fit this new model.

Specifically, in our new approach, we had a main loop, which handled receiving and sending as follows: 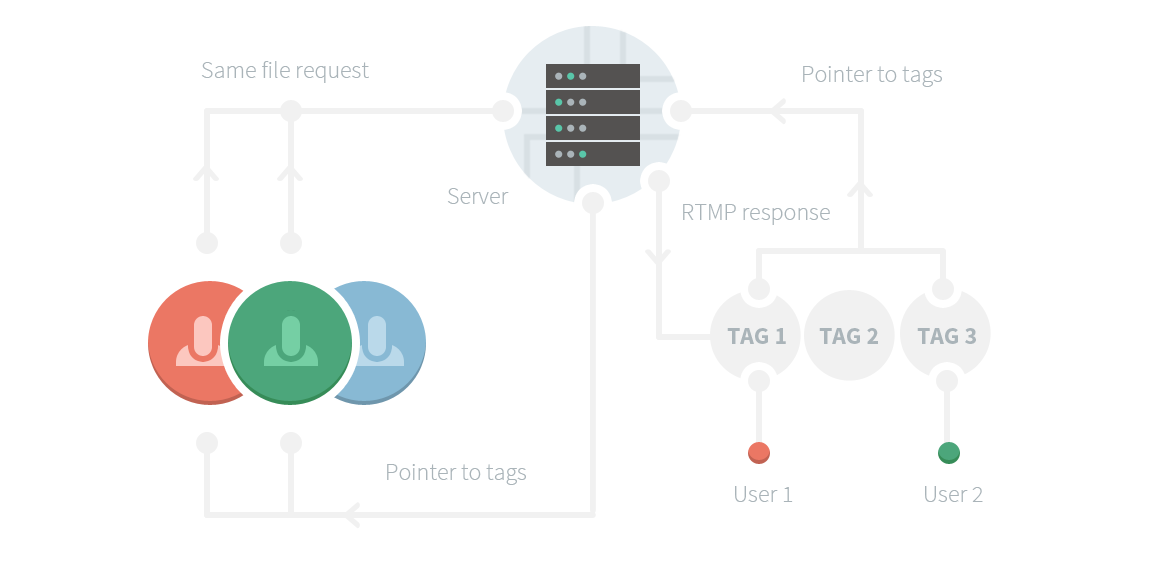 This was a rolling window of data, and included some heuristics to drop frames when the client was too slow to receive. Things worked pretty well.

But we ran into another problem: the kernel’s context switches were becoming a burden. As a result, we chose to write only every 100 milliseconds, rather than instantaneously. This aggregated the smaller packets and prevented a burst of context switches.

Perhaps a larger problem lied in the realm of server architectures: we needed a load-balancing and failover-capable cluster—losing users due to server malfunctions is not fun. At first, we went with a separate-director approach, in which a designated ‘director’ would try to create and destroy broadcaster feeds by predicting demand. This failed spectacularly. In fact, everything we tried failed pretty substantially. In the end, we opted for a relatively brute-force approach of sharing broadcasters among the cluster’s nodes randomly, equaling out the traffic.

This worked, but with one drawback: although the general case was handled pretty well, we saw terrible performance when everyone on the site (or a disproportionate number of users) watched a single broadcaster. The good news: this never happens outside a marketing campaign. We implemented a separate cluster to handle this scenario, but in truth we reasoned that jeopardizing the paying user’s experience for a marketing effort was senseless—in fact, this wasn’t really a genuine scenario (although it would have been nice to handle every imaginable case).

Some statistics from the end-result: Daily traffic on the cluster was about a 100k users at peak (60% load), ~50k on average. I managed two clusters (HUN and US); each of them handled about 40 machines to share the load. The aggregated bandwidth of the clusters was around 50 Gbps, from which they used around 10 Gbps while at peak load. In the end, I managed to push out 10 Gbps/machine easily; theoretically1, this number could’ve gone as high as 30 Gbps/machine, which translates to about 300k users watching streams concurrently from one server.

The existing FMS cluster contained more than 200 machines, which could’ve been replaced by my 15—only 10 of which would do any real work. This gave us roughly a 200/10 = 20x improvement.

Probably my greatest take-away from the Python video streaming project was that I shouldn’t let myself be stopped by the prospect of having to learn a new skill set. In particular, Python, transcoding, and object-oriented programming, were all concepts with which I had very sub-professional experience before taking on this multicast video project.

That, and that rolling your own solution can pay big.

1 Later, when we put the code into production, we ran into hardware issues, as we used older sr2500 Intel servers which could not handle 10 Gbit Ethernet cards because of their low PCI bandwidths. Instead, we used them in 1-4x1 Gbit Ethernet bonds (aggregating the performance of several network interface cards into a virtual card). Eventually, we got some of the newer sr2600 i7 Intels, which served 10 Gbps over optics without any performance kinks. All the projected calculations refer to this hardware.

Gergely is a versatile CTO with a wide variety of experience in a lot of different technologies. He is able to design systems from the ground up and carry them through their lifecycle. Having managed his own tech team, he does not shy away from managing others or advising business decisions.