Whether you’re an avid angler or an app developer, you may be interested in taking a closer look at the development of a fishing app, which involved some of your fellow Toptalers.

The Fatsack Outdoors Fishing App was developed by Fieldgate Media, which focuses on development of user-friendly learning applications and websites. The company has developed applications and websites for small businesses, schools, and some Fortune 500 companies. The fishing app was commissioned by Fatsack Outdoors, a company created by competitive fishing enthusiasts with a penchant for technology. 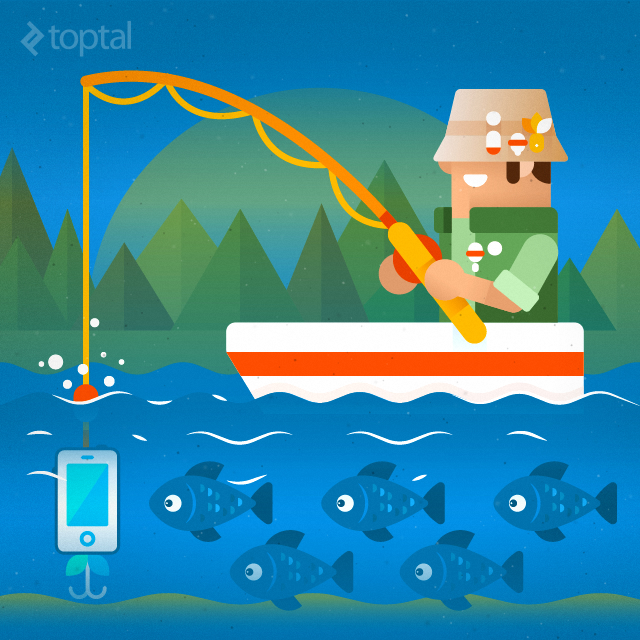 Here is a brief summary of Toptal’s involvement in the project:

It all started when South Carolina-based Fieldgate Media was approached by Fatsack Outdoors, a local startup, to create a unique app for professional, tournament fishermen. This is what was supposed to differentiate the app, which was envisioned by tournament fishermen who identified their needs for a niche mobile application.

The goal was to create an app that would be truly useful in a professional fishing setting, while at the same time meeting a hard deadline. Since Fatsack Outdoors wanted to launch the app at one of the biggest fishing trade shows of the year, the deadline was non-negotiable.

This is why Fieldgate Media decided to turn to Toptal as it realised it would need to beef up its team in order to meet the deadline. It had to hire more developers and a technical lead with deep understanding of Android and iOS, who would be able to help code both versions of the app. The client needed Android and iOS versions of the app at launch, and Fieldgate’s Hans Haskell told Toptal that both versions had to be developed on “a very short timeline,” as the hard deadline could not be missed. This was the principal challenge: to condense months of development and testing over a relatively short timeframe.

“We have done some corporate apps for in-house use in the past. Besides one educational title, we really didn’t have much experience building commercial apps, but we are very strong in UI and UX,” said Haskell. “This app targets the massive market of anglers in North America and automates as much as possible of the logging process.”

What Toptal Brought To The Table

Fieldgate Media hired a technical lead, via Toptal, who started working on the iOS version of the app. Once the iOS app was mature enough to be considered a “proof of concept,” the company brought on an Android specialist to copy the functionality for Google’s mobile platform.

Haskell’s team has been involved in web and app development for 15 years, including a number of projects involving contract developers. Haskell described the experience of dealing with such developers as “less than optimal” due to a number of factors.

He specifically identified the following issues:

“It’s difficult to get outside talent to have the same sense of urgency on a project that you do. The only two exceptions to this are my web team, which I’ve been working with for years, and the developers from Toptal. If anyone is in need of talented developers, who have been vetted and who will seamlessly integrate into your team, I recommend Toptal without hesitation,” he said. 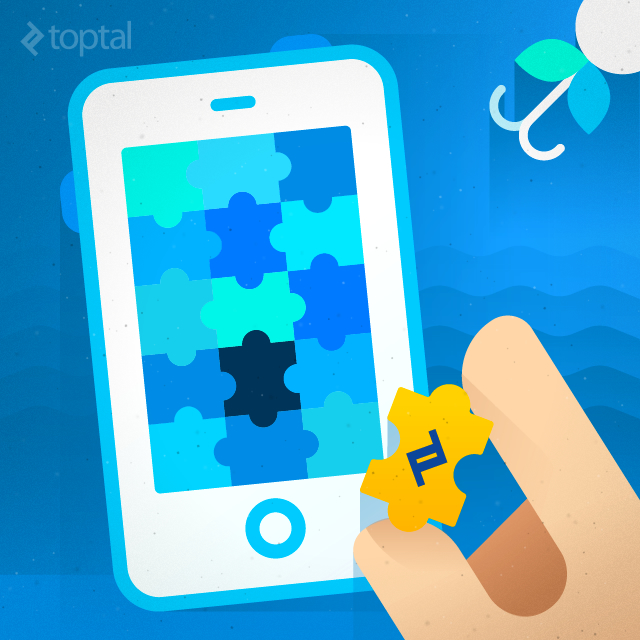 Haskell explained that Toptal software engineers played a crucial role in the development of the app; they did not merely join the team to help out, they helped spearhead the team.

According to Haskell, these are some of the things Toptal developers handled:

Let’s take a closer look at each of these points.

Because Fieldgate Media was working on a niche project, envisioned by professional anglers, there was not much to lean back on. The client wanted an original app, specifically developed for competitive fishing; certainly not your everyday fork of a similar app.

The app allows users to research lakes before making a fishing trip, add fishing trips to the calendar, log all catches, check and log the weather, add the location of each catch on a map, and, of course, brag about good catches to friends using the Bragboard feature.

All information is backed up in the cloud, allowing for improved security and easier migration to other devices (for example, using a ruggedized outdoors phone, or a secondary phone when traveling abroad to avoid roaming charges). Obviously, all the information is private, so other anglers can’t see all your best spots. This is not just a hobby app, it’s for competitors, so analytics are built in as well, allowing users to keep track of the time of day, water temperature, water depth, and lures used to make a catch. 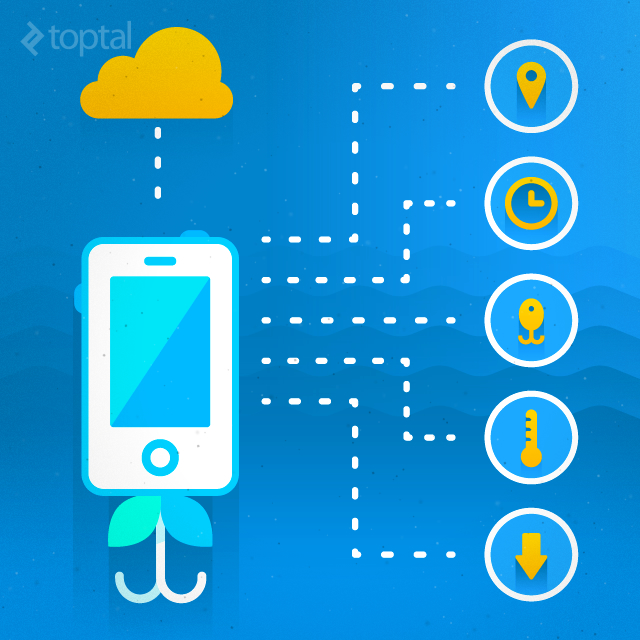 Since Fieldgate Media already had a strong UI/UX team, the Toptal reinforcements merely helped the team implement their existing layouts. Like most outdoors apps, the UI is simple and straightforward, allowing easy one-hand operation. The high-contrast look also helps improve legibility outdoors and can boost battery life because there is no need to crank up the brightness, which is always a good idea if you are fishing a couple of hours from the closest power socket.

Most importantly, Toptalers coordinated the development team and made sure that the hard deadline was met, allowing Fatsack Outdoors to showcase the app at a major trade show and get good reviews from professional anglers.

The project was a success, on time and on budget. The end result was a successful launch and a “very pleased” client. According to Haskell, the company was also approached by several other clients who wanted to develop apps, one of which is in development right now.

It is now 8 months later and the initial version of the app launched successfully on both the iTunes App Store as well as the Google Play store. The Android developer worked with our team for about three months. The technical lead still works on the project with us now.

The client was very pleased with the end product, which was the initial version of the app. Fieldgate Media is planning several major updates to the app in the future.

Commenting on the performance of Toptal developers, Haskell said:

The depth of knowledge and general competence, especially of the technical lead, was beyond anything we have in-house. If we need native development for any project, I’ll turn to Toptal first.

As a veteran tech writer, Nermin helped create online publications covering everything from the semiconductor industry to cryptocurrency.