What Game UX Can Teach Us About Product Design

In 2017, video games became a hundred billion dollar market. After acquiring Twitch for a billion dollars back in 2014, (now with more than 100 million users), Amazon recently bought yet another video gaming company, Curse.

Video games have become such a phenomenon that some are now considered to be sports, where esports competitions fill stadiums all around the world. The Entertainment Software Association (ESA) reported that, as of last year, 65% of US households are home to at least one person who plays more than three hours of video games every week. 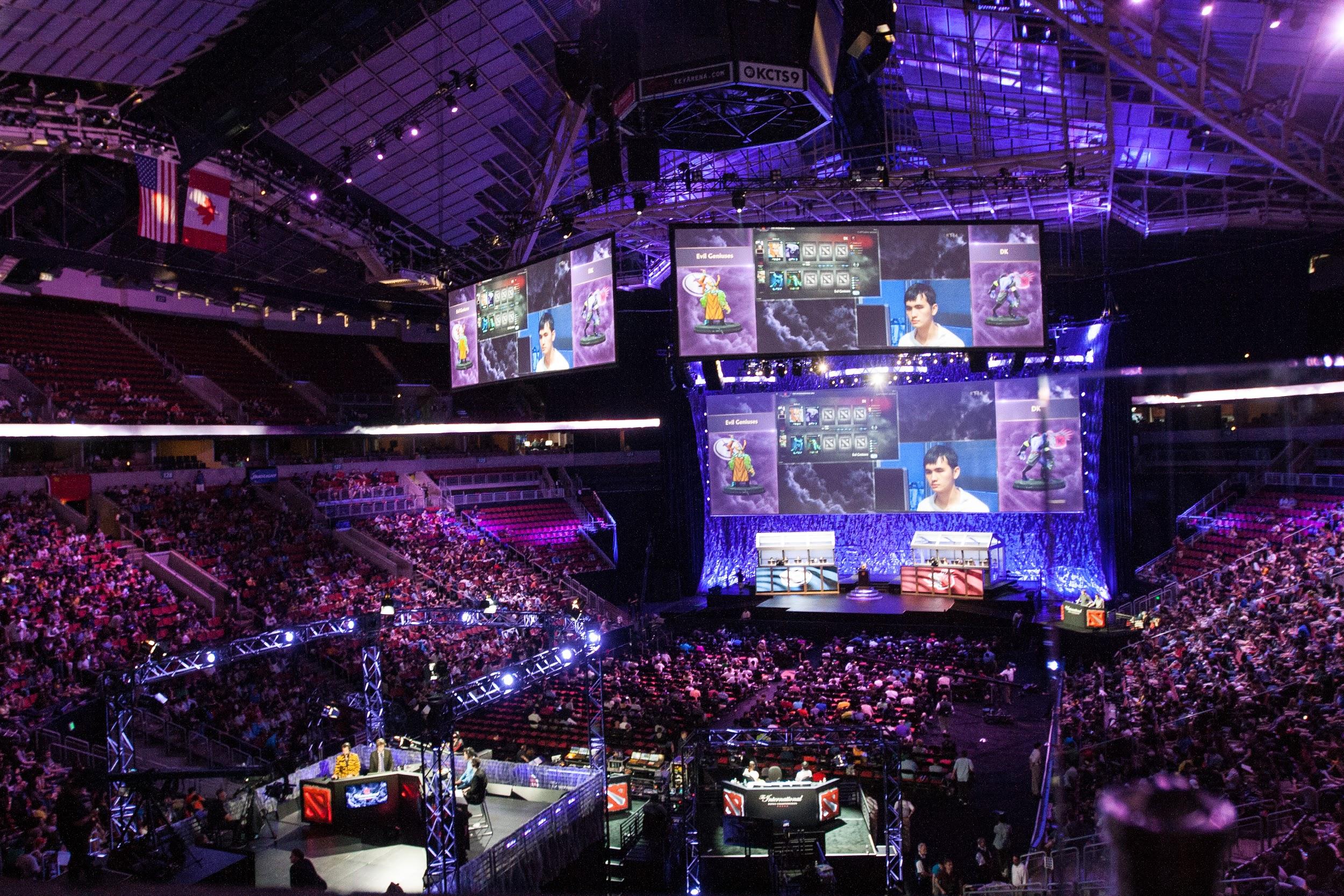 If game designers can design video game experiences that make people this engaged, what can product designers learn from these game design concepts to help them design good digital products?

In a recently published guide on the Toptal Design Blog, we talked about how designers can harness the power of gamification techniques. To round out those concepts, here are five useful game design concepts that can be applied to digital product design.

There’s a concept in gaming called “meaningful choices,” and it’s often found in RPGs (role-playing games) such as The Witcher, Skyrim, and Final Fantasy. These meaningful choices have permanent consequences in the game and typically come with a moral or social dilemma attached, creating an emotional connection between the players and the game elements.

During his “Designing for Trust” TED talk, Joe Gebbia, a co-founder of Airbnb, admits that the idea behind their product was neither new nor innovative since there were other companies at the time providing a similar service. However, what Gebbia considers their greatest asset was the understanding that their platform and brand should revolve not around the money part of the shared economy, but the human aspect of it. 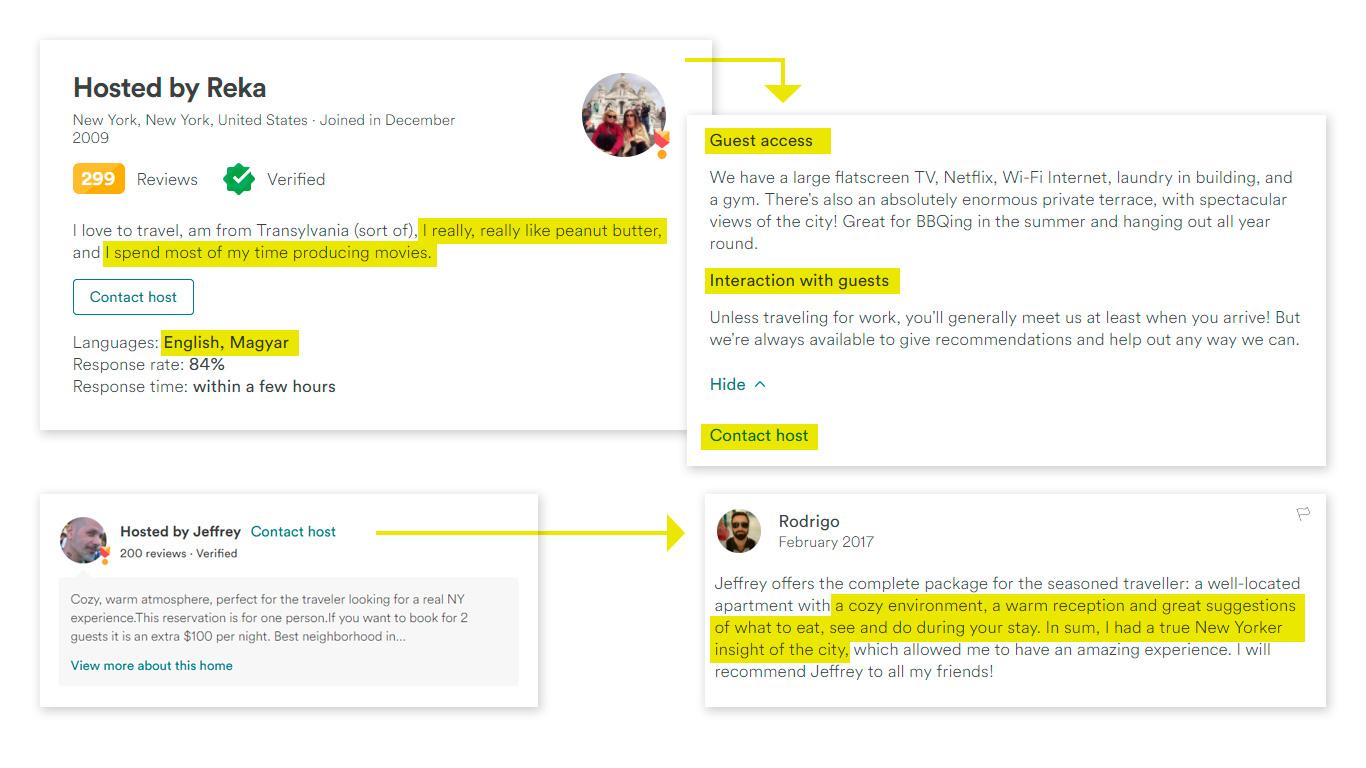 Airbnb “builds products to let users get to know each other” as “an enabler for a meaningful experience,” writes Airbnb’s Experience Design Lead Charlie Aufmann in his article, Designing for Trust. For instance, when a guest is interested in staying at a host’s property, the “introduce yourself” screen on Airbnb not only asks the user to reveal a little information about themselves but also helps them to formulate their answer by providing some starter questions, such as, “What brings you to Atlanta?” 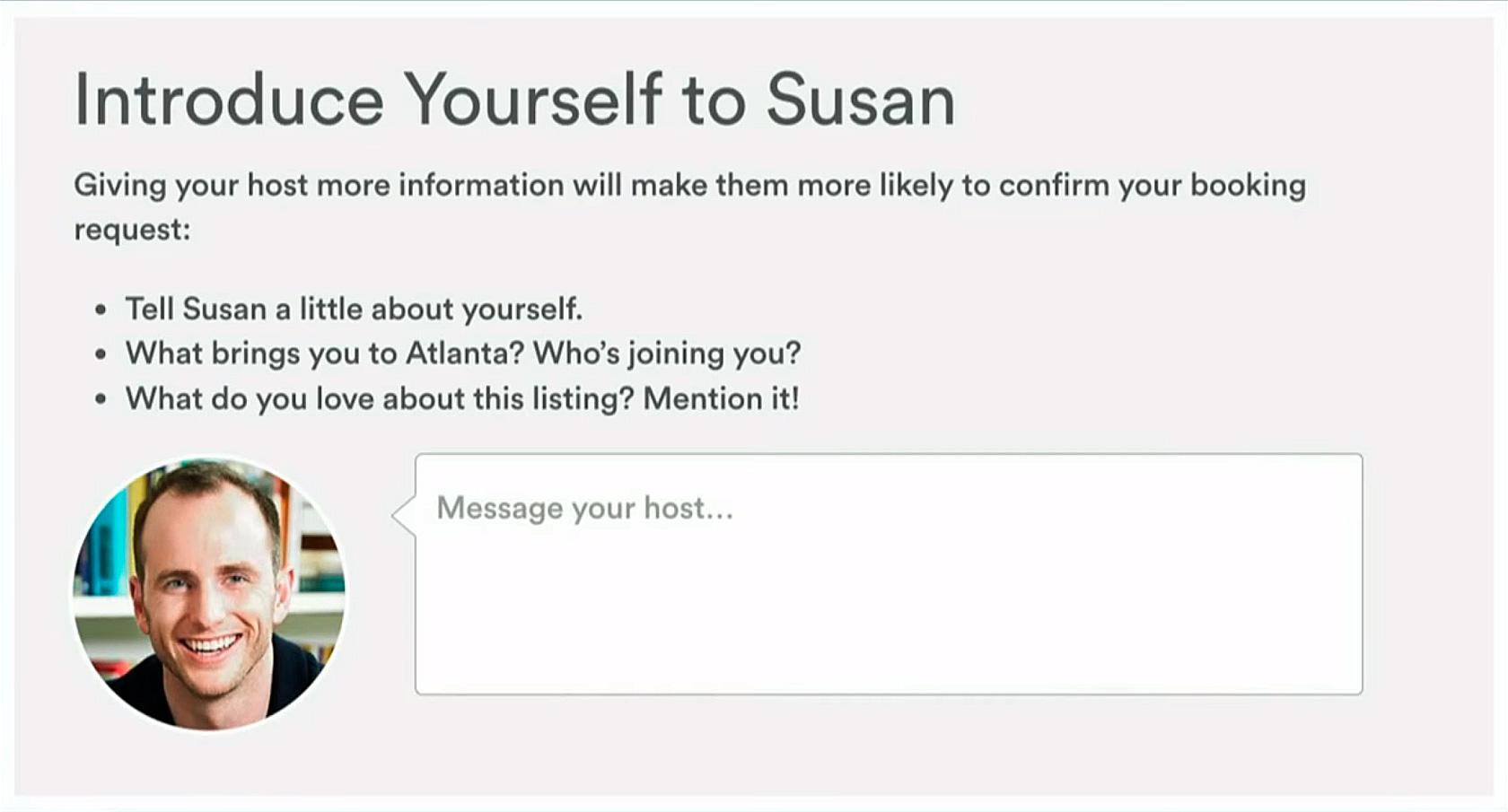 On its mission to become an iconic brand, Airbnb firmly believed that “the power of brand is emotional,” and so, their design principles are built around that belief. By prompting users to provide more personal and meaningful data, Airbnb is succeeding in creating an emotional connection, not only between guests and hosts but also between users and the brand.

As UX designers, we’re inclined to think that the products we design should be as easy to use as possible; however, making users sweat a little can actually boost engagement.

Let’s take a look at an example from Tinder.

Online dating has existed for over two decades—the concept of using the internet for romance is not foreign to people, so Tinder’s success was not due to the invention of something completely new (just like with Airbnb). In fact, Tinder became popular because they introduced “matching.” 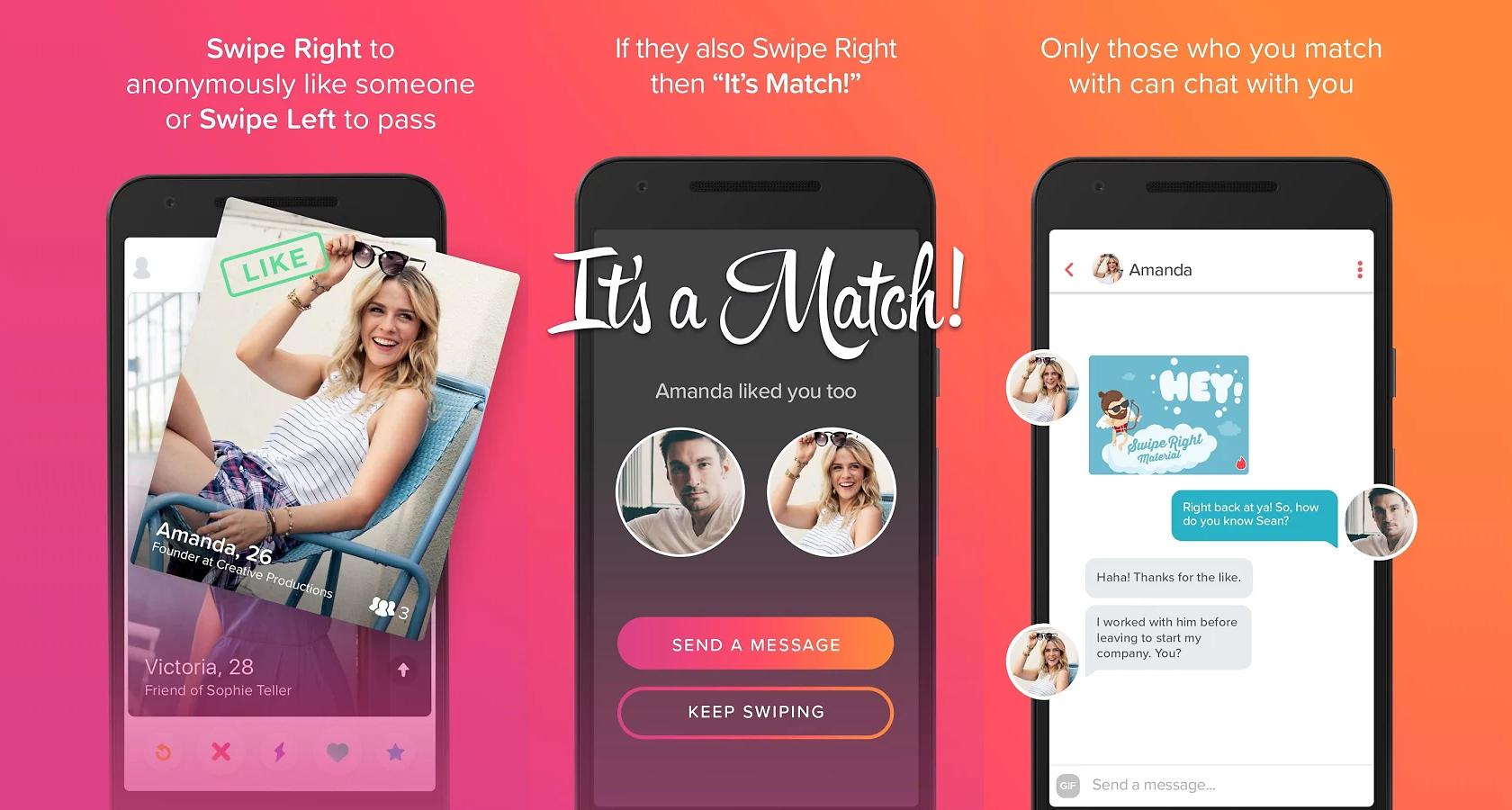 Whereas most dating websites make it easy for users to send messages to each other, Tinder is the first to add a bit of a challenge by allowing users to chat only when both users swiped right on each other. The challenge is to create an enticing profile that results in “matches.” It’s also worth noting that a zero-friction user flow tends to result in more undesirable messages, which in many cases can be the exact opposite of fun.

One of the reasons that video gamers play for hours while completely losing track of time is because games are designed to keep players hooked. Game designers do this by creating what’s known as an engagement loop.

Engagement loops follow a simple three-step cycle—motivation, action, and feedback—and this concept is applied to UX design more than you might think. 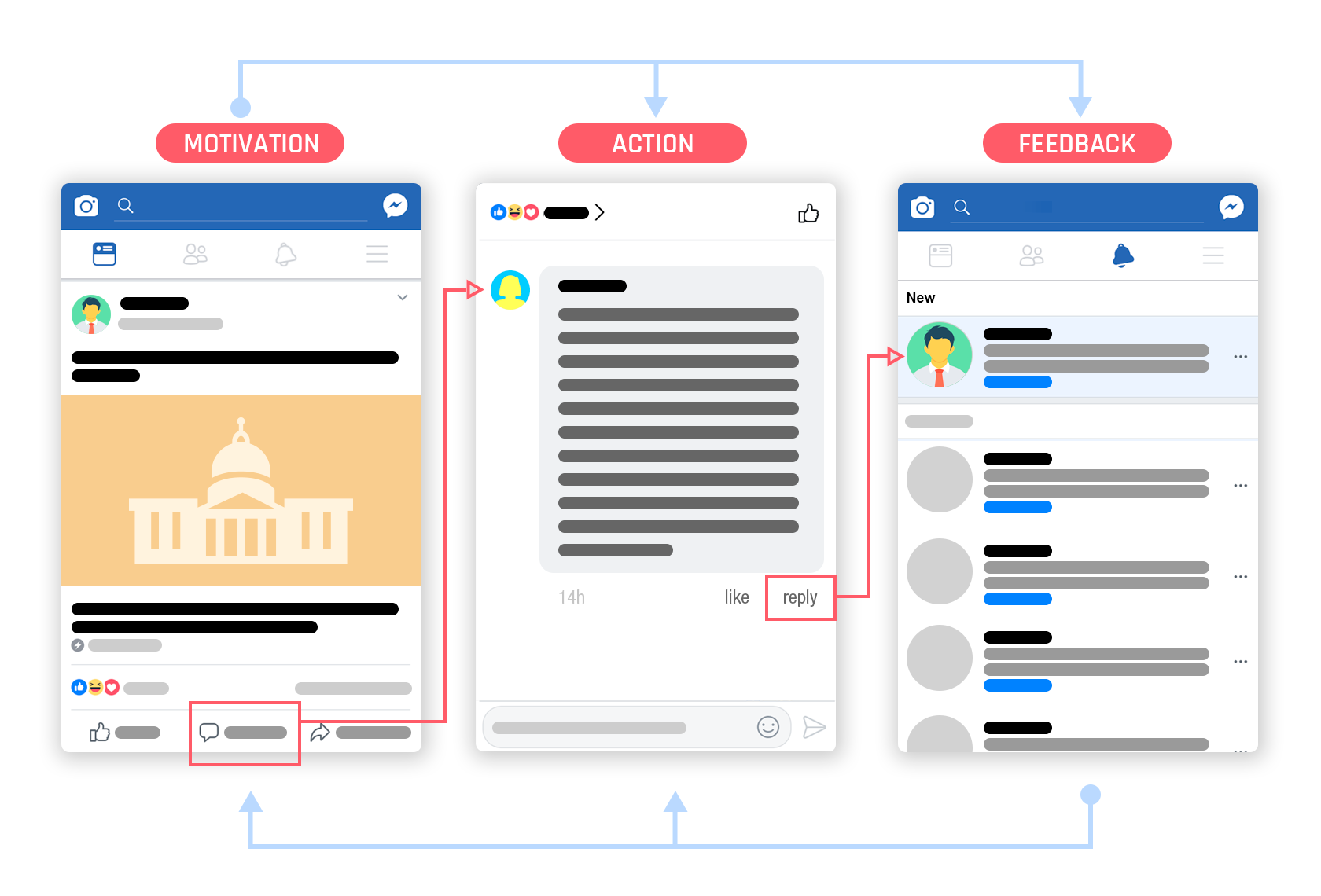 In the Facebook example above, this is how the engagement loop can be described:

It’s generally a UX best practice to ensure that your engagement flows don’t overloop users by sending out too many notifications, as this will eventually start to annoy them. Most social networks now avoid this by grouping related notifications together. 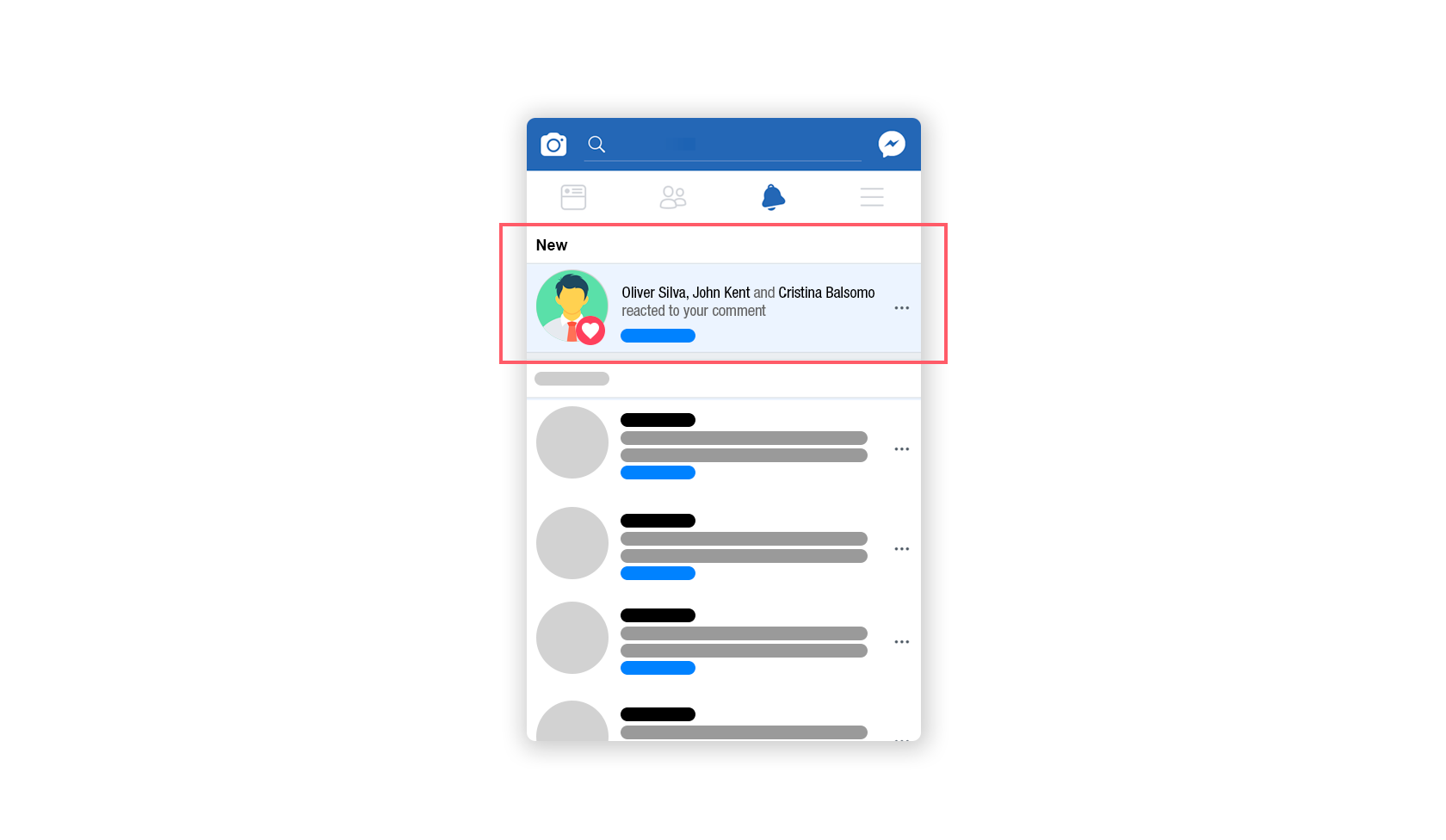 4. Reward Users to Stir Up Motivation

The most engaging games are those that reward players for completing tasks in which they are intrinsically motivated to do so (in other words, awarding players with coins, tools, weapons, upgrades, and other in-game rewards). These rewards are for tasks that players naturally enjoy completing.

Steven Reiss was an American psychologist famous for his original ideas surrounding intrinsic motivation and understanding what activates the biological reward system in the human brain. After extensive research in which they interviewed more than 6,000 people around the world, Reiss and his team came up with what is known as Reiss’ 16 basic desires:

This list is a terrific asset to refer to when interviewing users during the creation of personas and empathy maps. Being able to pinpoint what exactly motivates users is a great way to design more efficient reward systems, as Twitter so aptly demonstrates.

Twitter cleverly created a reward system based on two of the most common intrinsic motivators used in video games: “power” and “status,” where the number of likes, retweets and followers are used to measure the user’s influence on the platform. Twitter displays these metrics in plain sight as visual feedback, as if users were collecting points.

In the book, A Theory of Fun for Game Design, game designer Raph Koster affirms that “fun is just another word for learning.” The core of his argument is that fun is about learning our way towards mastery; therefore, the moment a game stops teaching us new things or stops offering us new possibilities, it stops being fun.

Successful games engage players quickly because they’re taught how to master the game’s basics early on. As a gaming concept this is called a “tutorial,” but in UX design, we call this “onboarding.” This game design concept isn’t exclusive to video games or gamified systems; for example, Slack is well known for its smooth onboarding flow.

Slack is a cloud-based messaging and collaboration tool for teams. During its onboarding process, Slack shows users how to accomplish simple tasks (such as sending a direct message to a teammate) by using tooltips. It also has a “Slackbot” that guides users through the app like a friendly tour guide. This is the first step towards mastery: learning the basics without worrying about making mistakes. 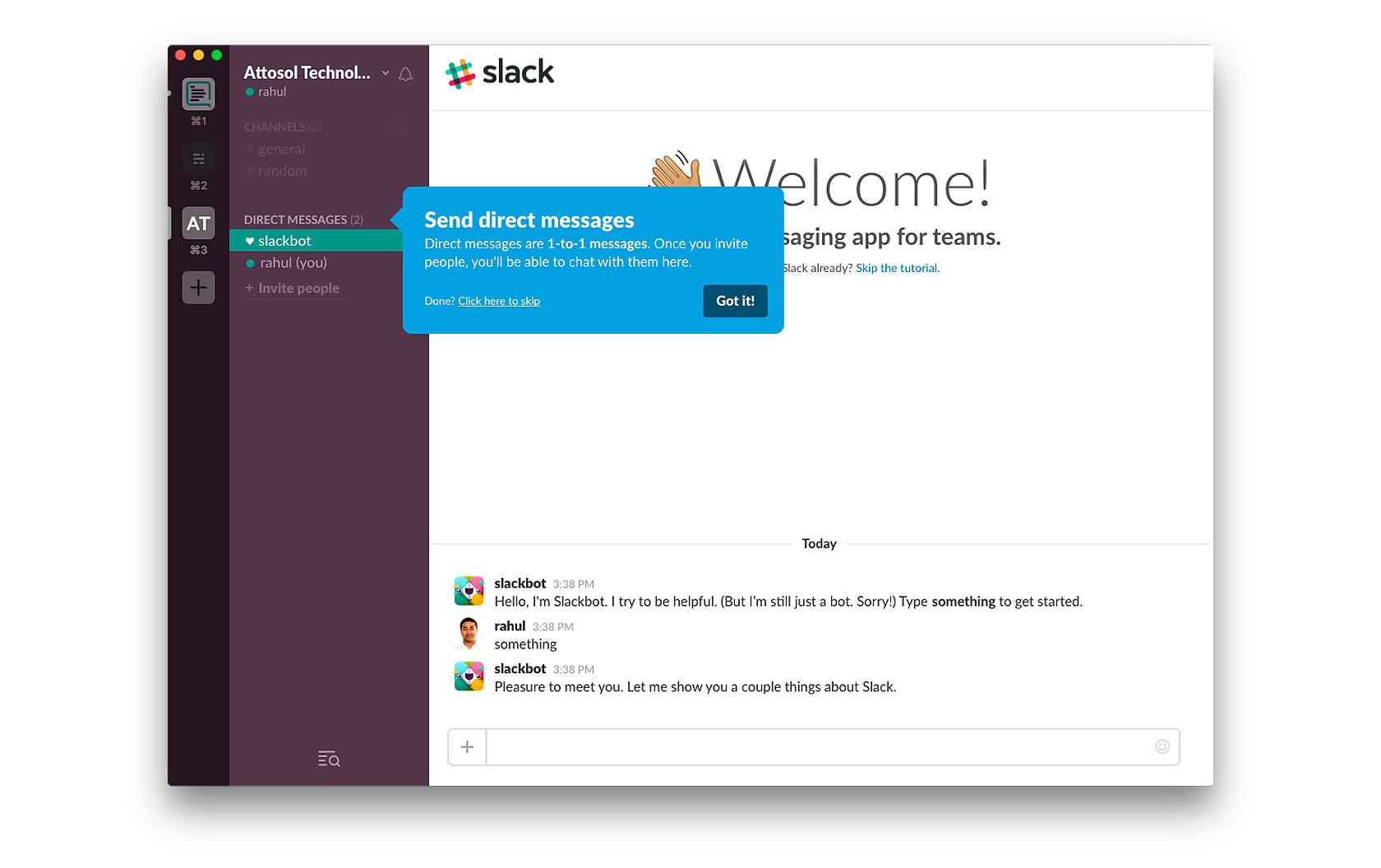 Slack uses tooltips to teach the user how to master the UI.

Once users become familiar with Slack’s basic functionalities, they can then go a bit deeper and learn how to customize their profile, use emojis, and automate tasks with Slackbot. Once users reach this point, they’re about 40% on their way to mastering Slack. Slack really starts to become useful when users dive into the Slack API, which allows users to not only create and train their own bots but also to create a public Slack app that anyone can use.

Leveling up in this way is only possible because both Slack and video games make clever use of contextualized tutorials, rendering the onboarding process easy in order to transform the application’s usage into a habit. It’s only when users and players are comfortable and proficient in a routine that they’ll attempt to explore the next level, and this drives engagement further.

By designing products like Slack, which allow both novice and hardcore users to master the product on their own terms and customize their experiences, UX designers can design digital products that users don’t uninstall, cancel, or forget about.

To sum up, we’ve divided each of the five sections into key questions that product designers can ask when brainstorming ideas and concepts, taking inspiration from gamification techniques to create engaging user experiences.

Learning about game design concepts and leveraging that knowledge as UX and product designers doesn’t mean that the products that we design should necessarily include gamified elements such as badges, points, and rankings. Some of the most successful products in today’s world have become adept at user psychology and using game UX concepts to successfully boost engagement.

How do I become a better UX designer?

One becomes a better UX designer by learning to deeply empathize with a product’s users. “Walk a mile in a user’s shoes,” as the saying goes. Learning the necessary process of user-centered design—or “UCD”—and fearlessly advocating for the user will also make you a better UX designer.

What is the difference between UX and UI?

UX is the overall experience one has with a product or service, which can include a UI. A UI is typically a combination of visual design (the look and feel) and the interaction design (how it works).

Why is user experience important?

Design is all around us. The best designs make us happy without drawing attention to their presence. User experience design is important because it can make our lives easier and the journey more delightful when using products.

What is a product designer and what do they do?

Guilherme has a degree in graphic design and specializations in design thinking, business design, project management, workshop facilitation, and user experience. He's had the pleasure of working with various clients across Brazil and Australia such as Intel, Panasonic, Bayer, Johnson & Johnson, and the Blue Man Group.

TRYBYK Art Studios
A very interesting article that shows how gamification techniques can be used in UX to keep consumers engaged. By using psychological cues and human nature, you can create something that taps into deep seeded emotional and biological behaviors. This drives a strong connection between the user and the application being used.
Rafael Bova
This kind of thinking and knowledge is obligatory to understand the next and (in my opinion) final Industrial Revolution. Enhance engagement in order to create stronger communities -- and games are the perfect example on how to create very strong communities independent on their size -- is the key factor for shaping the way we will create jobs and increase productivity, just to mention a fill examples, in a near future. Excellent Article! S2
jpcreative
That was a great and interesting read, thanks!
comments powered by Disqus

Shipping Your Product in Iterations: A Guide to Hypothesis Testing

Inside the Realm of Tech Influencers

Every Product Has a Thesis